Los Angeles, California (The Hollywood Times) 12/27/2020 –  Director Nino Aldi‘s award-winning live-action short film Tribes is an intense, provocative, and satirical look at societal tribalism, a subway train ride between two stations takes an unexpected turn as three men – African American, Arab American, and white – announce their intention to rob the passengers on the packed car. However, none of the guys want to rob people of their own race or social subgroup. As the themes of inclusion, diversity, and unity unfold, the crime goes off the rails in a hilarious way. Tribes is written by Andy Marlatt and stars Primetime Emmy® nominee DeStorm Power (Jemar), Forbes 30 Under 30 Adam Waheed (Amed), and Emmy®-winner Jake Hunter (Kevin).

You have directed several award-winning short films and web-series. What are you most proud of?

Easily “Tribes” because it has a strong message I can get behind. I am a subtext-type-of director, so I love telling stories that have a subjective message. Some of my other projects I enjoyed making, but I found myself asking “what’s the point”? The deeper the better for me.

As the Field Producer for NBC’s The Voice for 17 seasons, what did you enjoy the most?

I enjoyed working with the Artists (contestants) on the show. It was super cool helping them realize their dreams through our platform.

Tell us about your first feature film, Stillwater.

Stillwater is a who-dun-it mystery thriller where a group of old friends goes on a camping trip and one of them mysteriously dies. They begin to speculate foul play and start to question who the killer is within their own group. It’s “Lord of the Flies” meets “The Usual Suspects” set in the woods. 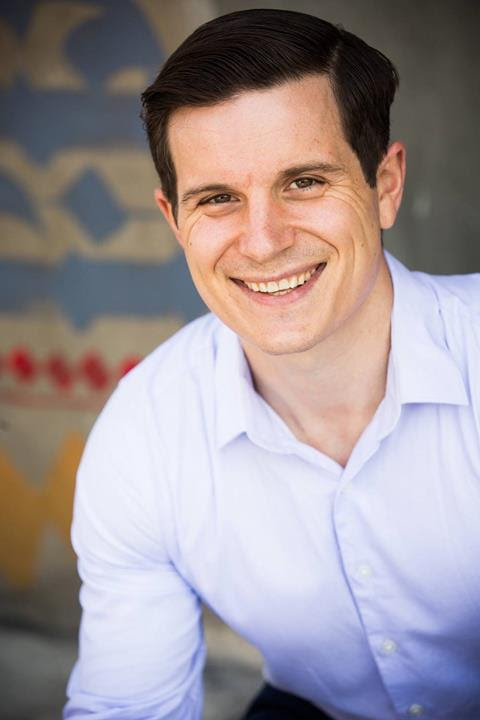 Your new film, “Tribes” marks your 7th directorial short film. Tell us about the film and how you have evolved as a Director.

With film directing, as in life in general, you learn from previous experiences and express yourself through your unique perspective. I understand that all great stories have strong intentions and strong obstacles.” Tribes” is unique because the obstacles are ideologies (subjective) – not something in the physical. The intention of the robbers is to rob subway passengers, what is stopping them (obstacle) isn’t the police or a passenger, it’s their own self-identity, they don’t want to rob people who are like them. I planned the shots, blocking, lighting, design, to best fit the narrative, in a way that is unique to me and what I do.

Why is this film timely?

People now, more than ever, are dealing with themes of Tribalism: race, gender, politics, sexual orientation, religion, etc – and it is causing a great rift among us.

Share your philosophy behind the film, “Tribes.” What is your hope for 2021 for our society?

“Tribes” proposes that instead of looking at how you’re “Not alike” try to focus on how you “Are alike” and, perhaps, you’ll realize that we are all connected and peace can be attained in such ways.

Tell us about your next project, “Black Bouquet.”

“Black Bouquet”, like most projects I write, is a mystery thriller with a hidden message. After her father figure dies under mysterious circumstances, a young journalist suspects an infamous serial killer – days away from execution – may have taken the fall for the true killer still at large. The more she uncovers, the more lives she puts in danger.

Tribes is a production of Flixseed Productions. Produced by DeStorm Power, Adam Waheed, and Jake Hunter as well as Patricia Chica (Montreal Girls) and Jeion Green. Executive produced by Will Meldman of Double Down Pictures and Jordan Taylor Wright of Taylor Cut Films. Post by Digital Jungle Post Production.