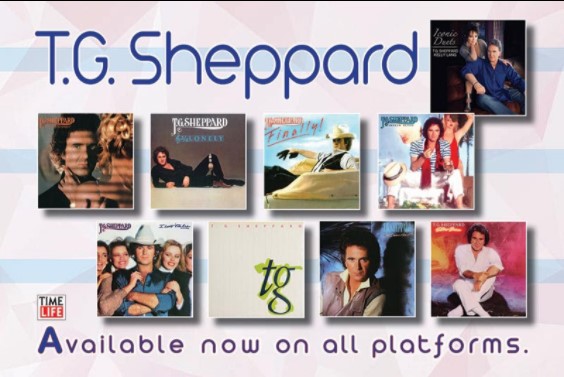 NASHVILLE, Tenn. – Time Life continues to expand its digital music division with a nine-album digital distribution deal with country music legend T.G. Sheppard. For the first time, all of these classic albums will be available on all digital streaming platforms at the same time beginning March 26 and include several of his #1 hits and many all-time fan favorites including “Last Cheaters Waltz,” “I’ll Be Coming Back For More,” “Do You Wanna Go To Heaven,” “I Feel Like Loving You Again,” “I Loved ‘Em Every One,” “Party Time,” “Only One You,” “Finally,” “War Is Hell (On The Homefront Too)” and more. At the same time, T.G. will release a series of live videos on his YouTube channel, featuring never-before-seen concert footage from his performance at the Gold Strike in 2007. With a career spanning nearly five decades and a total of 21 #1 hits, T.G. Sheppard shows no signs of slowing down.

“I wish that every artist was afforded the luxury that I have at this time in my career. To be partnered with Time Life on some of my most successful albums that have never been available for streaming is incredibly exciting. I have waited many years for the opportunity to work with this great team of people. They truly are a powerful force in our industry.”

“T.G. has built such a remarkable career in country music,” said Mike Jason, Time Life Senior Vice President, Live Entertainment, “We’re honored that he’s joining the Time Life family and has entrusted us with so much of his treasured music.”

Along with the new digital distribution deal with Time Life, Sheppard is also celebrating the 40th Anniversary of his hit album I Love ‘Em All, which was released on March 30, 1981 and produced three number one hits including “I Loved ‘EM Everyone,” “Party Time,” and “Only One You.” Throughout his career, this record has continued to be a true fan favorite amongst old and new fans alike.

“This album which turns 40 years old this year, remains one of my favorites that I’ve ever recorded. I was surrounded by some of the most talented people in the business, from the cover of the album which was photographed by the one and only Dick Zimmerman, who shot the cover of Thriller for Michael Jackson to the great record producer, Buddy Killen. Where does the time go..seems like yesterday.” 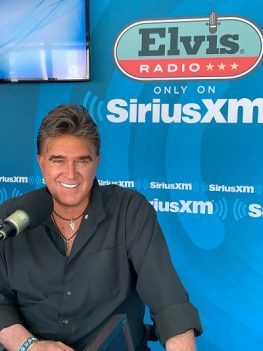 T.G. Sheppard continues to experience a huge surge in his career with ‘The T.G. Sheppard Show’ on SiriusXM’s Elvis Radio. His latest album release, Midnight In Memphis (produced by T.G. Sheppard and Buddy Hyatt), featured the single “I Wanna Live Like Elvis” which embraced not only Sheppard’s close friendship with the King of Rock ‘n’ Roll, but the world’s infatuation and love for the iconic figure. Watch Sheppard perform the single HERE. Midnight In Memphis is Sheppard’s first country solo project in over two decades that offers a wide array of songs about love and heartbreak. 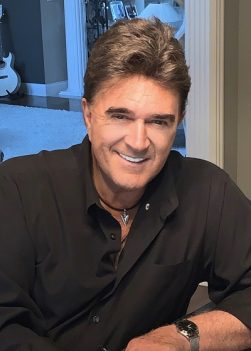 T.G. Sheppard has always had an unstoppable passion for music. That passion, combined with a steadfast dedication to entertainment, has made him one of the most popular live performers in country music today. With 21 #1 hit songs, his live concerts are chock full of his chart-topping tunes like “Last Cheater’s Waltz,” “I Loved ‘Em Every One,” and “Do You Wanna Go To Heaven.” With more than 40 years of show business under his belt, it’s only natural that Sheppard has developed a reputation as a solid performer who delivers exactly what audiences want. All this and more, combined with a steadfast commitment to entertainment, has truly made him one of the great legends in country music.
@tgsheppard & @TimeLifeUS release catalog of albums, spanning 25 years of hit songs + duet with @kellylangmusic available on all #digital platforms. #ILoveEmAll #SlowBurn #OneOwnerHeart #TG + more
Stream T.G. Sheppard’s albums:
Finally!
T.G.
I Love ‘Em All
One Owner Heart
Smooth Sailin’
Slow Burn
Perfect Stranger
3/4 Lonely
Iconic Duets
About Time Life:

Time Life is one of the world’s pre-eminent creators and direct marketers of unique music and video/DVD products, specializing in distinctive multi-media collections that evoke memories of yesterday, capture the spirit of today, and can be enjoyed for a lifetime. TIME LIFE and the TIME LIFE logo are registered trademarks of Time Warner Inc. and affiliated companies used under license by Direct Holdings Americas Inc., which is not affiliated with Time Warner Inc. or Time Inc.