Los Angeles, CA (The Hollywood Times) 4/28/21 – Since the beginning of the Biden Administration, the American government has reaffirmed its commitment to providing visibility and legal protections for LGBTQ communities. Working in tandem with politicians, celebrities, and activists, the Human Rights Campaign (HRC) works to merge the interests of LGBTQ communities with legislation. On April 22, 2021, HRC held a virtual fundraiser in order to raise awareness around LGBTQ issues. 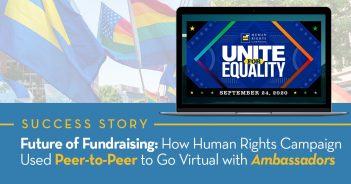 In this fundraiser, LGBTQ advocates and allies spoke on various social justice issues, such as trans rights and the Equality Act. The advocates spoke at length about ending discrimination for trans communities and trans youth. For example, the fundraiser highlighted discrimination of trans youth in sports. The Equality Act (https://www.congress.gov/bill/117th-congress/house-bill/5)  would prohibit discrimination on the basis of sexual orientation and gender identity in multiple arenas including housing, education, employment, credit, and other arenas.

In addition to their work that focuses on trans communities and the Equality Act, the fundraiser affirmed its commitment to racial equality, affordable housing, and other issues that highlight equity, and the fundraiser also recognized LGBTQ inclusive media, such as Pose.

For the full video of the fundraiser, please see here (https://www.youtube.com/watch?v=MgQ6StADBrI).