Los Angeles, CA (The Hollywood Times) 8/16/22 – Siena Liggins is a Michigan born singer/songwriter with a passion for experimenting with different sounds and genres. She pushes the standard by doing everything her way, unapologetically living in her truth.

THT had the opportunity to catch up with her via zoom to get the scoop on her upcoming performance at The Dinah, her passion for music, and her latest album.

THT: How does it feel to be performing at The Dinah this year?

Liggins: I’m elated, I cannot wait! I’ve heard so much about it and feel like it’s my actual lesbian rite of passage, Ill finally be a full-grown lesbian.

THT: What are you hoping guests will take away from your performance?

Liggins: Above all else, I hope they enjoy the music and get to spend some time having fun with each other dancing and letting loose, as well as wanting to put my songs on their party play lists. I hope to connect further than just the few minutes I’ll be on stage.

THT: How did you get your start doing music?

Liggins: I don’t come from a musical background, nobody in my family was into the arts everybody was an athlete. So, I took the rebellious route and found music and fell in love with writing. I had one uncle who had a studio set up in our basement he was a rapper and that sparked an interest with me, and it just took off. I got addicted.

THT: So, you were recording in his studio, and it shifted from there?

Liggins: He said if I could write one song, he would let me record it. I wrote this song called Poppin you can find it nowhere (LOL). I took it to school and my friends really liked it and I loved the attention so much that I couldn’t stop.

THT: How would you describe your music? 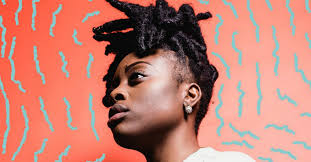 Liggins: When you listen to my music you’ll hear references, elements, and inspirations from pop, R&B, hip hop, and soul. My parents were young when they had me, so I grew up bouncing in between my parents, my grandparents, and babysitters, so I had a musical influence of what was being played around me. At any given moment I might have been listening to Janet Jackson, Patti La Belle, Tupac, Brittney Spears. There’s a ton of influence and naturally when I express myself it comes out and it just happens to be what I think is a very catchy marriage between a lot of different genres and styles. I don’t like to limit myself to what I can do, and I feel being an artist is very freeing so any chance I get I like to push boundaries. I like to have fun and see how weird it can get. I usually don’t try to dial it back until someone tells me that I’m doing too much.

THT: You are a part of the LGBTQI community, have you faced any setbacks being a lesbian woman in the music industry? 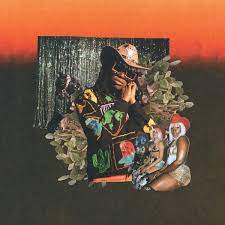 Liggins: There is historically always going to be somewhat of a setback for people that live within margins and that doesn’t have too just be how I identify my sexuality or gender. There are tons of intersectionality’s that I have to live within every single day. So, naturally it takes a little bit of work to get people to understand why I belong in the space or why it’s important for people like me to exist. Growing up I didn’t have a ton of references to look toward or people to look up to that looked like me, sounded like me, or sang about what I sing about. There are struggles, but I accept all the challenges. If at the end of the day I can connect with my fans, then I’m doing a good job.

THT: Is there any artists you would like to work with?

Liggins: There’s tons of artists. The top of my list probably looks like everyone else’s. I’ve been listening to Beyonce nonstop since she dropped Renisance, that would be a dream. I’m a little bit suppositious to tell you the others on my list.

THT: Lol, can we get a least one or two more? 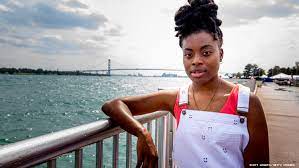 Liggins: I’m a huge fan of Jozzy, she’s amazing and such an incredible song writer and somebody I look up to and can relate to. That’s somebody I would want to work with in the next few years.

THT: Is there any advice you can give to up-and-coming artists?

Liggins: Go for it, do it! Don’t doubt yourself and don’t accept doubt from others. The best chance you have at being fulfilled and happy with who you are is to put it out there and be unapologetic about it. Don’t miss out on what life has to offer because it’s very likely that there’s someone out there craving what you have to give.

THT: What are you currently working on? 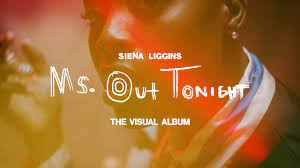 Liggins:  I used my last project Out Tonight, to kick in the door and announce my presence and say; “I’m here and I’m not going to miss out on what’s for me and you’re not going to miss out on me.” My next project really gets into the emotions that a lot of us go through, it’s still going to be a mix of genres and sounds, and it will sonically kind of be all over the place, but you’ll get a bunch of the same earworm hooks and stuff you can’t get out of your head, the type of things you’ll start to love and then eventually hate and then fall in love with again. I have some stuff I’m planning to drop after The Dinah.

THT: Do they have a time slot for you yet?

Liggins: I believe I go on sometime in the evening around 4 or 4:30.

THT: So, you’ll be performing at the pool party? 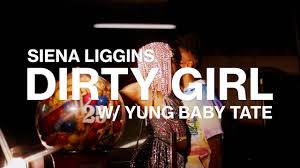 THT: What part of town do you live in?

Liggins: I live in Atlanta, GA.

THT: I don’t know why I was under the impression that you lived in LA.

Liggins: I’m there a lot, it’s like my second home. I feel very adopted.

THT: How familiar are you with the other performers that are going to be at The Dinah?

Liggins: I know that Fletcher is performing, which is exciting. I’ve been hip to Fletcher for a couple of years now. We’ve ended up on some of the same playlist and list throughout our time dropping. So, I’m excited to see that set out of all of them.

THT: How did Mariah find you? 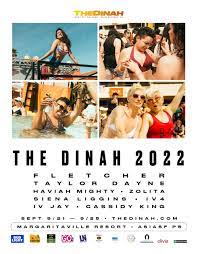 Liggins: They got with my PR and there was some synergy and I’m incredibly grateful for the opportunity.