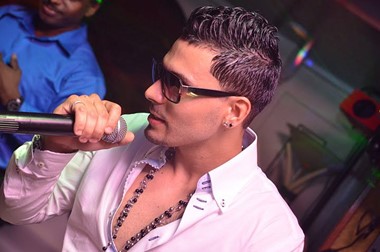 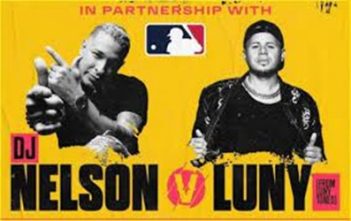 Los Angeles, CA (The Hollywood Times) 7/22/22 – After a seven-year hiatus, Latin artist Artista Rosario is back on the scene with new music and a new job as an agent for Verzuz Latino.

From the streets of the Bronx, Puerto Rico, Chicago, and Florida, Rosario began to forge not only his strong personality but a great capacity to narrate and tell stories. From an early age, he was exposed to constant change and an unstable family environment, which was extremely difficult for him. As a result, writing became an escape and survival tactic through challenging times. Each line expressed his feelings and thoughts. His inspiration came from great storytellers and magical voices such as Héctor Lavoe and Frankie Ruiz, transforming his stories into powerful songs and lyrics that would shape the musical life of the young singer. With the advantage of being multicultural and bilingual, Rosario has created a musical style and very original lyrics that led him to be considered a staple in the Latin world.

Over the weekend, THT had the opportunity to interview Rosario and get the scoop on his new projects, Versus Latino, and more.

THT: How did the vision for the Latin Verzuz come into fruition?

Rosario:  I have a partner that runs a label with me, and he is good friends with the vice president of Triller. We were in the barbershop, and I was telling him how great it would be to bring Swizz Beatz and Timbalands Verzuz to the Latin world. They were extremely interested. We are actually in LA this weekend doing the first Latin Verzuz, this will most definitely be a historical moment for the Latin world because it’s Luney Tunez vs. Nelson. They are both pioneers in the Latin community.

THT: How did you get started with music?

Rosario: I started as a composer for a lot of urban artists. I won an international competition for reggaeton here in LA ten years ago and from there I got signed for the first time and started touring all over Latin America, but unfortunately it wasn’t a great deal, so I had to let go of the music for a little bit. Now we are back!

THT: Can you tell us about your new single that will be releasing?

Rosario:  The song is about how: Sometimes love doesn’t measure into the principle of stability; people want stability instead of being in love.

THT: When will the single be released?

Rosario: It will release at the end of this month. We will be doing a press run in the states as well as internationally.

THT: Outside of the music and the Verzuz, what’s next for you?

Rosario: I’ll be doing more events with Triller; I also have a partnership with Redbull, and Univision.

THT: How have you seen Latin music evolve over time?

Rosario: I feel like I was always involved in its evolution. Right now, they are starting to captivate what the English market is doing, but they are about ten years delayed. I was already expecting this ten years ago, so I know exactly where this music is headed.

THT: Is there any newer artists that you want to work with?

Rosario: I don’t have anyone in particular. Respectfully, I would work with any artists I feel is talented and ambitious. When I started nobody helped me and there was no social media, so you had to be hungry for it.

THT: What advice would you give to up-and-coming artists?

Rosario: My advice is to never give up because there will always be obstacles. Always believe in yourself and stay consistent with your craft. The work will show for itself.

The first VerzuzLatin in partnership with MLB. Presented by T-Mobile and Corona

Triller is the AI-powered open garden technology platform for creators. Pairing music culture with sports, fashion, entertainment, and influencers through a 360-degree view of content and technology, Triller encourages its influencers to post the content created on the app across different social media platforms and uses proprietary AI technology to push and track their content virally to affiliated and non-affiliated sites and networks, enabling them to reach millions of additional users. Triller additionally owns VERZUZ, the live-stream music platform launched by Swizz Beatz and Timbaland.