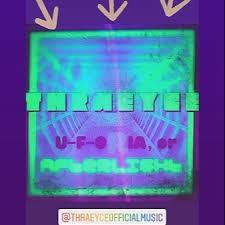 THRAEYCE is back with another EP, this time with Nu-Disco/Progressive House flair, inspired by some of the genre’s finest artists and performers!

Los Angeles, CA (The Hollywood Times) 2/17/21 – Thraeyce, whose actual name is Kat King, says she wanted to recreate some of the nostalgia that Alicia Bridges’ Disco anthem “I Love the Nightlife” harkens back to, but she also wanted to pay homage to Progressive House with some slightly more modern sounds. Homage is an especially important part of King’s music. She seeks to recognize the women of the era who paved the way for her to be able to make music the way she does now, and she believes it’s critically important that we never stop looking back on how far we’ve come. 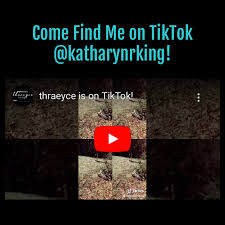 These days, Thraeyce says she’s working really hard to understand her creative process and she admits that she never would have been able to find her feet in music at all had it not been for quarantine.

“I was laid off my job at the end of January, just as we were preparing for the lockdown and starting to realize the virus was much more than just a normal, run-of-the-mill flu,” King explains. “I suffer from schizoaffective disorder, which is a combination of schizophrenia and depression or Bipolar-for me, my diagnosis is the Depressive subtype, which means that isolation and withdrawal are sort of built into my illness. I already have a difficult enough time maintaining relationships with others as it is, but quarantine also gave me the time and space to think about what I really wanted to do with my life. The answer was music. Something that’d been there all along, but not for me. At least until now.”

King was fortunate enough to capture the attention of talented Chileno producer Mawiza, who offered to master “U-F-Oria, AFtERLIGHt” for her for free, and says she feels blessed that someone would be willing to work with her to make her music sound amazing for no pay. “At first, I thought it surely was a scam because my Spanish was a little rusty,” King jokes, “but as soon as I realized he was serious, my jaw hit the floor and I jumped about five feet in the air out of pure, unadulterated joy. I felt like Snoopy doing his little dance!” King says Mawiza has also helped improve her Spanish and that she really loves the Chilean accent. 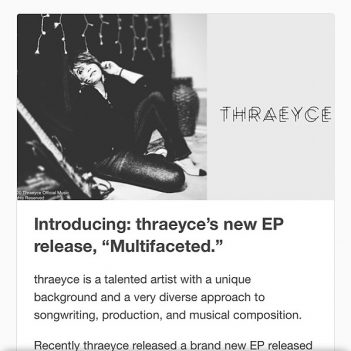 Don’t miss “U-F-Oria, or AFtERLIGHt” drops everywhere 3/10! You can pre-save it here, and don’t forget you can keep up with THRAEYCE’s latest news and developments on Instagram & Twitter.