Los Angeles (THE HOLLYWOOD TIMES) 2/26/22 – Singer-dancer Maybin Hewes Sherman first mounted this vaudeville-style show 20 years ago, when she was a mere child of 70. At 91, Maybin is tap-dancing her way back onto boards like the ones she trod at mob-controlled nightclubs back in the 1950s and 1960s in New York City. She was in Pal Joey, and Brigadoon, and danced on Ed Sullivan and Sid Caesar’s shows. Maybin says this will be her last production, but as announcer David Glover revealed when he introduced her, she said the same thing when she was 80.

The petite firecracker with her auburn pixie-cut is obviously a force of nature. Which is why I can’t help but see pieces of her in Amy Sherman-Palladino’s great creation, Midge Maisel (of Amazon’s The Marvelous Mrs. Maisel.) Yup, Maybin Hewes Sherman is Amy Sherman-Palladino’s mom. And while the series creator says she gets more of Mrs. Maisel from her late father, comedian Ben Sherman, the spirit of Midge Maisel shines  Maybin as well.

“Everything Old is New Again” opens the show, and it’s an appropriate number for an incredibly earnest 90 minutes that would not have been out of the place on The Dean Martin Show in 1972. If you can unironically enjoy jazz hands and rimshots, this may be for you. As they put it in the official press release, this show is all about “songs from a time when lyrics made sense and melodies were tuneful, and funny stuff with no four-letter expletives.” 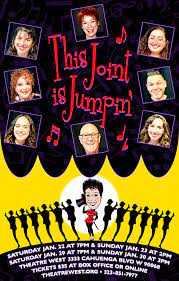 There’s a backing group of 6 singers, three comics and a guest tap dancer, many of them graduates of Maybin’s long-running Children’s Workshop Theater, but it’s Maybin herself who does most of the heavy lifting. Songs, patter, dance numbers and costume changes – I couldn’t have pulled it off without a nap, and I am… let’s just say considerably younger than 91. Every time she put on her tap shoes, the audience exploded in applause. In between the songs and soft-shoes are interstitial one-liners, a running gag about ditsy cousin Daisy in cut-offs (yes, it’s that kind of humor) and nowhere near enough reminiscing about what has obviously been a remarkable showbiz life. 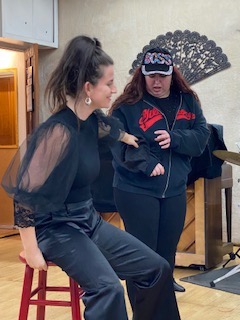 Special standouts in the troupe were singers Anna Domenica Gagliardo and Elise Walters; operatically trained Walters’ “Man of La Mancha (I, Don Quixote)” was stirring. Arlene Parness was a hoot in her walk-ons as a post-menopausal stripper, and Ronald McElroy — no spring chicken himself — brought verve and energy to his tap dance interlude. 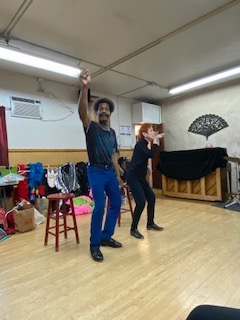 The show was an exercise in nostalgia and a paean to longevity. From her sentimental “My Buddy,” a tribute to friends she has lost, and the optimistic closing of “Bring Back Happy Endings,” this is a show Maybin created because it’s a show she would want to see. Feel free to bring your grandparents – or your grandkids.

This Joint Is Jumpin’ 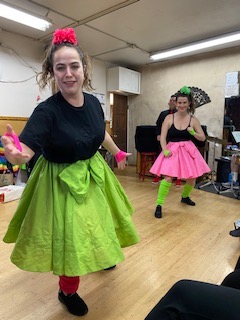 A co-production of 44th Street Productions and Theatre West

Written and produced by Maybin Hewes