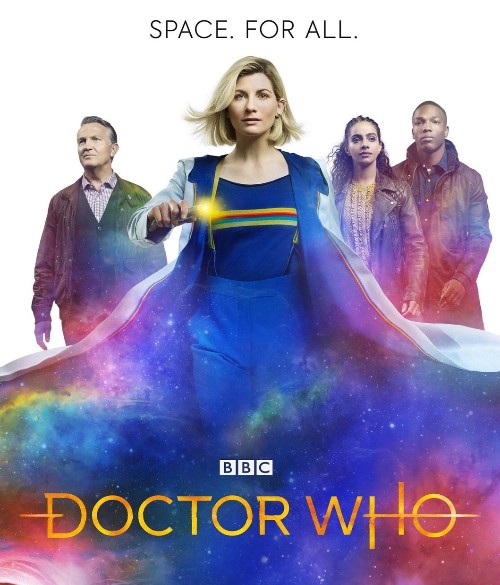 March 1, 2020 – Following the climactic ending to Season 12, Doctor Who will return to BBC AMERICA this coming holiday season for a special episode entitled, “Revolution of the Daleks.”

The latest season was packed full of shocking twists, turns and surprises, and now the one-off special will see the return of one of the Doctor’s biggest and most feared enemies – the Daleks.

Doctor Who Showrunner Chris Chibnall said: “We can’t leave the Doctor there! On that cliffhanger! Well, we did. But rest assured, the Doctor and her friends will be back for a one-off extended special around Christmas and New Year. (I don’t know when they’re going to put it on yet, otherwise we’d tell you!). There will be Daleks. There will be exterminations. Thrills, laughter, tears. You know. The usual. See you at the end of the year.” 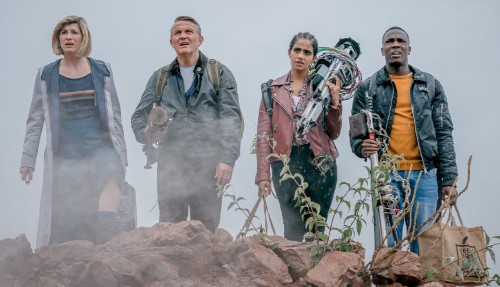 The Doctor is played by Jodie Whittaker, Ryan by Tosin Cole, Graham by Bradley Walsh and Yaz by Mandip Gill. All will be starring in the upcoming festive episode.

BBC AMERICA is a hub of innovative, culturally contagious programming including the Peabody Award-winning series Killing Eve starring Golden Globe® and SAG® Award-winner Sandra Oh and Emmy® Award-winner Jodie Comer. The network is the definitive home and co-producer of the most iconic natural history programming including Planet Earth II, Blue Planet II, Dynasties, the upcoming Sir David Attenborough-narrated series Seven Worlds, One Planet and the return of the Emmy®-winning series Frozen Planet II and Planet Earth II I- all a part of the new Saturday nature television destination, Wonderstruck.  A joint venture between AMC Networks and BBC Studios (the commercial arm of the BBC), BBCA’s influential shows such as Doctor Who, Orphan Black, Luther and Broadchurch, among many others, have attracted critical acclaim and earned Emmy® Awards, Peabody Awards, Critics’ Choice Awards, TCA Awards, NAACP Image Awards, an IDA Documentary Award, a Gotham Award and Golden Globes®. Created in 1998, the irrepressible network has garnered one of cable’s most curious, educated and affluent audiences, with many properties boasting super-fan levels of engagement. Its unscripted slate includes the iconic car show Top Gear, buzzy and hilarious The Graham Norton Show and the world’s biggest darts championships. Get caught up, BBCA offers full episodes On Demand across all major digital platforms, BBC AMERICA app and bbcamerica.com. Find out more by visiting press.amcnetworks.com.