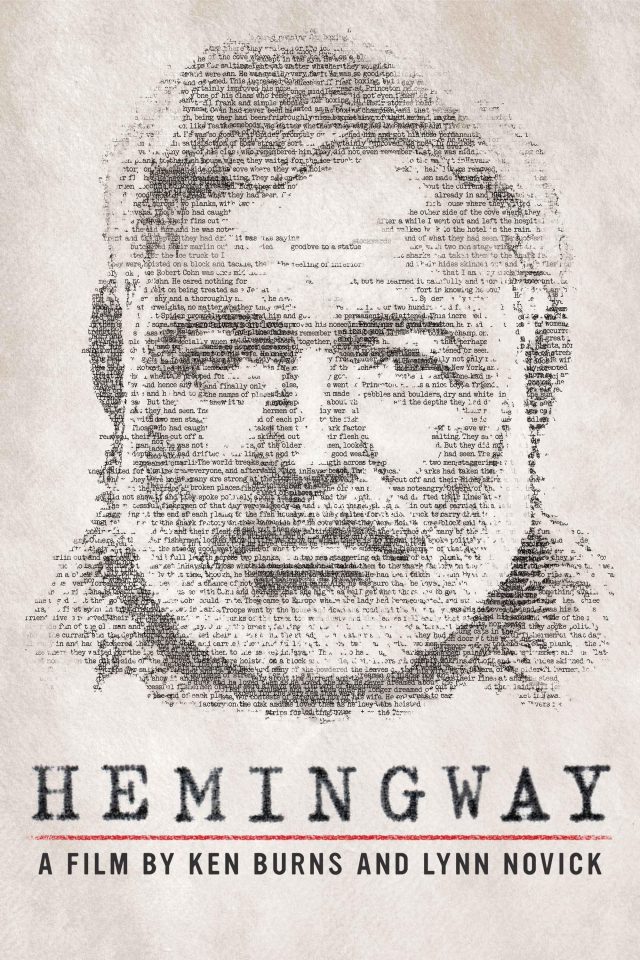 Los Angeles, CA (The Hollywood Times) 4/5/21 -PBS and Ken Burns have teamed up once again for another immersive, marathon documentary. This time, Burns (in collaboration with Lynn Novick), turns in a three-part, six-hour exploration of the work and life of Ernest Hemingway, one of the most controversial and consequential writers of the twentieth century.

The first installment covers the writer’s early life leading up to his thirtieth year and the publication of his first long-form masterpiece, A Farewell to Arms. Every aspect of his life is fascinating, and clearly informs him as a writer, including his affluent childhood and enforced gender fluidity by his mother, who dressed and groomed toddler Ernest and his sister as twin girls.
We watch Hemingway find his voice as a writer, beginning with his first real writing gig as a no-frills beat reporter for the Kansas City Star. However, his restless spirit soon finds him traveling the globe, collecting experiences and characters in such disparate locales as the trenches of World War I, the bullrings of Spain, and the Rive Gauche of Paris.

As usual in a Ken Burns production, the presentation is exhaustive, linear, and artfully employs the ‘scan and pan’ technique that the filmmaker so effectively pioneered in The Civil War. Additionally, newsreel video from the era is interwoven with static photography to inject a forward momentum vital to the profile of such a dynamic force of nature as Hemingway.

Wokeness rears its head when the discussion turns to Hemingway’s portrayal of women in his work, his chauvinism, and the perception that he was a misogynist and (possibly) a closeted homosexual. Commentary by renowned literary academics tends to dispute these theories. Indeed, Hemingway’s women are revealed as strong, complex characters who challenge Hemingway in his life and in his fiction. 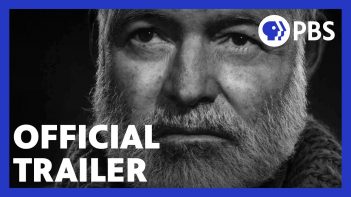 Setting aside the 20/20 lens of forensic hindsight, what remains is the art. Hemingway was a revolutionary writer who rejected the prevailing highbrow Modernist notion that complexity equaled profundity. At the same time, he admired the complexity of his favorite composer, Johann Sebastian Bach, and claimed a corollary between his writing and Bach’s mastery of counterpoint.
Hemingway was resolute in his goal to write in a style that was understandable to the common man. His lean, fat-free approach was likely influenced by the severe strictures of his early period as a feature reporter for the Kansas City Star; a publication that forbids extraneous descriptive prose and a complex syntax.

Yet, despite Hemingway’s love of simple uncluttered narrative, he is acknowledged as the master of evasion and control. In his short story Hills Like White Elephants, he unwinds the subject of abortion without ever uttering the word. Likewise, the storyline of his first novel, The Sun Also Rises, revolves around a main character’s devastating injury that Hemingway exploits to examine the themes of masculinity and sexuality.

It’s an open debate whether Hemingway’s brutal and relentless honesty in language could flourish in today’s cancel culture. Hemingway’s early work features liberal usage of the N-word as well as unflattering Jewish characterizations based on real-life people who considered Hemingway a close friend. 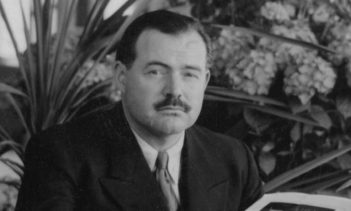 Episode One of Hemingway contains enough plot twists, sea changes, and vivid characters such as Gertrude Stein and F. Scott Fitzgerald, to fill an entire lifetime. The fact that we’ve only covered Hemingway’s callow youth (thus far) is staggering. Ken Burn’s Hemingway looks like it will plant its flag as the definitive biographical work on America’s most famous fiction writer.