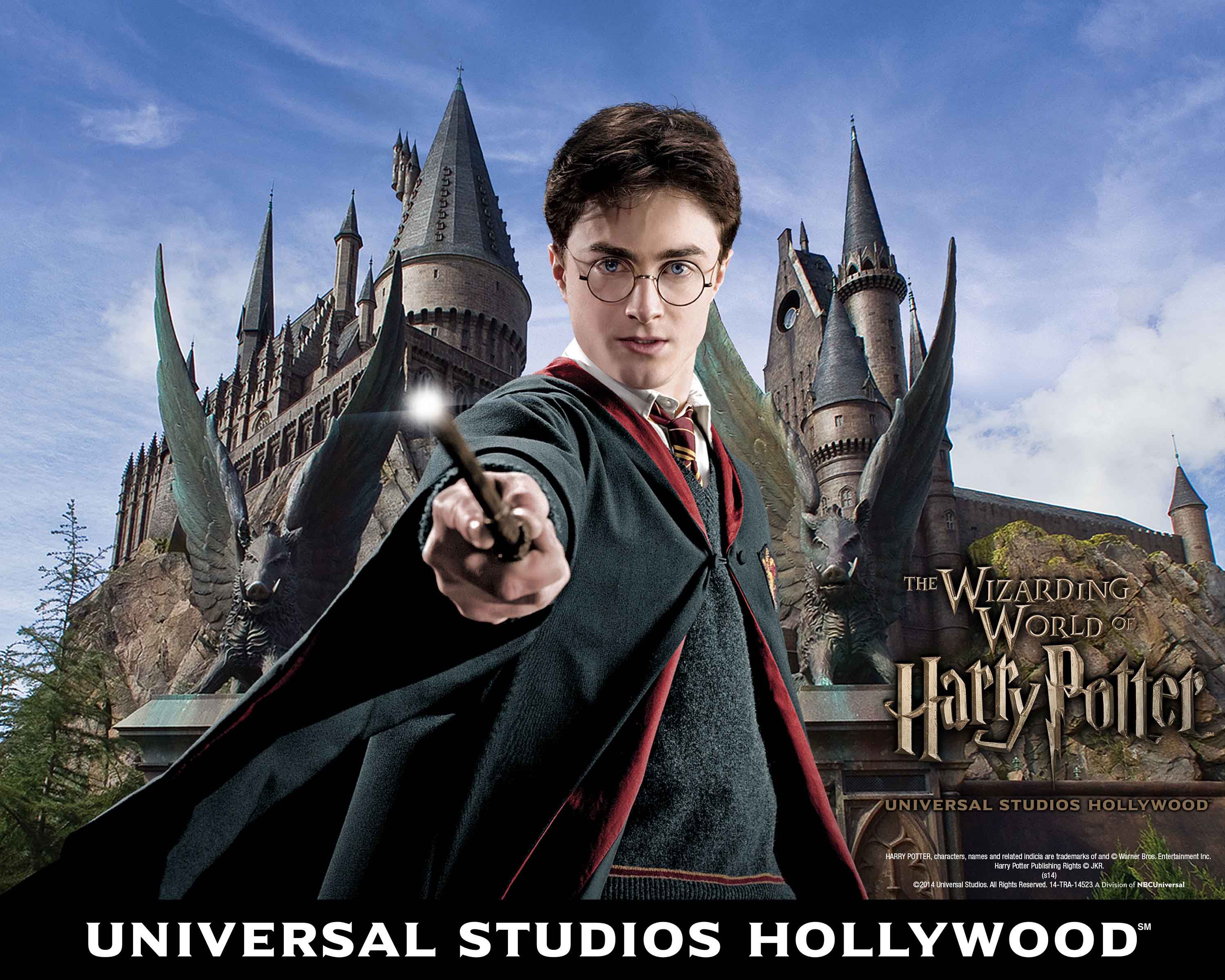 Universal City, CA, March 23, 2017 – The spectacularly captivating and highly acclaimed “Harry Potter and the Forbidden Journey” thrill ride at Universal Studios Hollywood’s “The Wizarding World of Harry Potter™” takes a technological bow with the introduction of enhanced 4K-HD ride film projecting at an astounding rate of 120 frames-per-second and designed to offer guests an even more immersive glimpse into J.K. Rowling’s Wizarding World.

This progressive enhancement replaces the earlier 3D film component of the ride to create a seamless integration between the ride’s elaborate sets and its spellbinding media. The attraction’s storyline remains the same.

Originally projected at 60 frames-per-second, the new ride media now showcases at twice the frame rate offering incredible clarity and remarkably sharper images than previously shown, with imagery that is breathtaking and ultra-realistic.

Hailed by press across the globe as a tour-de-force, “Harry Potter and the Forbidden Journey” has enjoyed a an assortment of critical acclaim, such as:

“The combination of the stunningly detailed queue and the state-of-the-art ride make Forbidden Journey the best dark ride in the world.”

“All roads lead to Hogwarts castle, home to possibly the most immersive, amazing and utterly convincing dark-ride and queue ever invented.

The detail at every turn is exquisite.”

Spiraling and pivoting 360-degrees upon an elevated ride track, “Harry Potter and the Forbidden Journey” ushers guests on a journey alongside Harry Potter, Hermione Granger and Ron Weasley as they venture through some of the most memorable scenes from the movie, including a Quidditch match where they narrowly escape a dragon attack, as well as close encounters with Dementors and the Whomping Willow.

A striking attraction unto itself, the iconic and picturesque Hogwarts castle sits at the heart of “The Wizarding World of Harry Potter” providing access to Hogwarts School of Witchcraft and Wizardry.

Hogwarts castle is a aww inspiring reproduction from the movie, housing narrow stone passageways and chambers that invites guests to walk in the famous footsteps of the film’s heroic character where they will encounter many familiar places along the way, including the Mirror of Erised, Professor Sprout’s Herbology class and a selection of baby Mandrakes, Dumbledore’s office, the Defence Against the Dark Arts classroom, the Hall of Talking Portraits, the Fat Lady portrait at the entrance to the Gryffindor Common Room and the Sorting Hat.

Inspired by J.K. Rowling’s compelling stories and characters that were brought to life in the Warner Bros. films, “The Wizarding World of Harry Potter” at Universal Studios Hollywood is a masterful recreation, faithful to the visual landscape of the fiction and films, including as its iconic focal point, Hogwarts castle.

From its snow-capped roofs and cobblestone streets to the historic British sensibilities that characterize the whimsical look and feel of the land, “The Wizarding World of Harry Potter” transports guests of all ages to the very places they read about in the stories or watched on the silver screen.

“The Wizarding World of Harry Potter” resonates with immense detail, welcoming guests to revel in Harry Potter’s world with the opportunity to enjoy authentic food and beverages at multiple locations, including Three Broomsticks™ and Hog’s Head pub, as well as the Magic Neep and Butterbeer™ carts.

A foray through the shops adds to the genuine authenticity of the land with eight retail venues and locations, including Honeydukes™, Ollivanders™, Owl Post™, Zonko’s™ Joke Shop, Wiseacre’s Wizarding Equipment, Dervish and Banges™, Gladrags Wizardwear and Filch’s Emporium™ of Confiscated Goods.

Other immersive lands include “Despicable Me Minion Mayhem” and “Super Silly Fun Land” as well as “Springfield,” hometown of America’s favorite TV family, located adjacent to the award-winning “The Simpsons RideTM.” and the “The Walking Dead” daytime attraction.  The world-renowned Studio Tour is Universal Studios Hollywood’s signature attraction, inviting guests behind-the-scenes of the world’s biggest and busiest movie and television studio where they can also experience such authentic and immersive thrill rides as “Fast & Furious—Supercharged.”

Warner Bros. Entertainment is a global leader in all forms of entertainment and their related businesses across all current and emerging media and platforms.  A Time Warner Company, the fully integrated, broad-based studio is home to one of the most successful collections of brands in the world and stands at the forefront of every aspect of the entertainment industry from feature film, television and home entertainment production and worldwide distribution to DVD, digital distribution, animation, comic books, video games, product, and brand licensing, international cinemas and broadcasting.