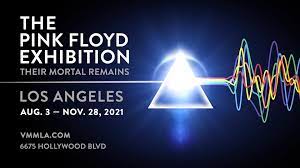 Los Angeles, CA (The Hollywood Times) 8/10/21 – At 11 a.m. on Tuesday, August 10th, 2021 celebrated Latino actor and activist Edward James Olmos kicked off a ribbon cutting for the Vogue Multicultural Museum, the latest avant-garde installment in Hollywood.  Olmos was joined by Marcela Celorio, the Consul General of Mexico in Los Angeles.  Also present were Ana Martinez, the Hollywood Walk of Fame producer, as well as producer Diego Gonzalez and designer Mitzy.

Many of those present spoke approvingly of the new museum’s multicultural mission.  “It should offer the community a much broader range than most museums,” observed Edward James Olmos. 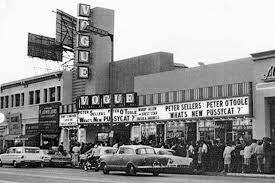 Centrally located at 6675 Hollywood Boulevard, the repurposed Vogue Theatre will now showcase international pop culture exhibits beginning with The Pink Floyd Exhibition: Their Mortal Remains running from September 3rd, 2021 to January 9th, 2022.  This interactive multi-sensory installation comprising close to 350 rare artifacts is sure to demonstrate just why and how Pink Floyd emerged as one of the leading progressive rock bands of its era.  It will combine art, design, sound technology, and live concert footage to dazzle the senses and delight visitors of all ages.  For tickets and further information, please follow the link below. 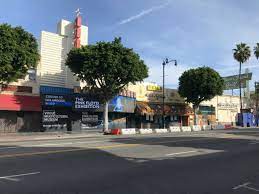 Watch the VMMLA website next for news about “Wonderland”, the world’s first large-scale immersive exhibit to celebrate Lewis Carroll’s timeless stories.  This will be followed by “HR Giger”, an extensive collection of original artworks by the Academy Award-winning art creator of ALIEN and a visionary of biomechanical art.

The historic Vogue Theatre that now houses the VMMLA has served as both setting and backdrop for countless Hollywood blockbuster films since opening in 1935.  It is located just a short walk from the Chinese and Egyptian Theatres.  One of its nearest neighbors is Musso & Frank Grill, a mainstay of the Hollywood Walk of Fame for over 100 years that once served legendary screenwriters ranging from Raymond Chandler to F. Scott Fitzgerald.