Palos Verdes, CA (The Hollywood Times) 4/20/18 – The highly regarded Universe Multicultural Film Festival (UMFF) was held last Friday to Sunday. A number of events happened in 4 venues in Palos Verdes Peninsula cities. Hundreds of filmmakers from Hollywood and aboard met in the beautiful peninsula for a full 3 days of film, fashion, finance, and multicultural harmony. All events were open to the public by purchasing admission tickets online. The honorees of UMFF were nominated by audiences worldwide. 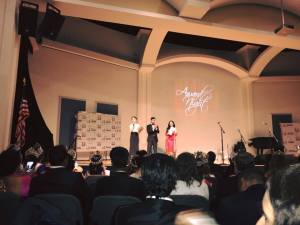