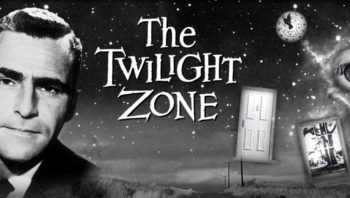 ON THIS DAY
One of the most controversial episodes of any sitcom historically was Maude Findlay’s (Bea Arthur) decision to have an abortion on Norman Lear’s “Maude,” which aired in 1972. Approximately 30 stations across the country refused to air the episode…After months of speculation, Kristin (Mary Crosby) was revealed as the person who shot J.R. (Larry Hagman) on CBS’ “Dallas” in 1980. An estimated 83 million people tuned in, which was more than the number of voters in that year’s presidential election…

Did You Know?
Maude Findlay was not the first TV character to have an abortion. In 1964, a woman on NBC daytime drama “Another World” had what was referred to as an illegal operation.

“The Twilight Zone” at 60: The 10 Episodes I Will Never Forget
When “The Twilight Zone” arrived on October 2, 1959, “Gunsmoke” was the most-watched series in primetime, and three of the top five shows were westerns. “The Danny Thomas Show” led the sitcom category, “The Red Skelton Show” topped variety, “The Price Is Right” was a game show favorite, and Raymond Burr as legal eagle Perry Mason was busy winning cases.

In other words, there was nothing like Rod Serling’s “The Twilight Zone” ever before … or ever since.

The lasting appeal of the series has led to a feature film in 1983, literature, games, toys, a magazine, a theme park attraction, a radio show, stage productions, and three revival series to date (among other things). The latest reboot comes from Jordan Peele and has been renewed for a second season on streamer CBS All Access.

Of course, nothing can top the original, and choosing your favorite installment of the classic anthology series is no easy feat. Fore more, click here

Netflix Greenlights Zombie Drama “Black Summer” for Season Two
Netflix is moving forward on a second season of zombie drama “Black Summer,” with an order for eight new episodes. Spun-off from “Z Nation,” “Black Summer” stars Jaime King (who will also be a producer on season two) as Rose, a mother who is separated from her daughter during the early days of a zombie uprising. Rose will stop at nothing to find her, joining a small group of refugees and braving a hostile new world in her quest.

INSP Renews Competition “Ultimate Cowboy Showdown” for Season Two
Family friendly INSP has greenlit a second season of “Ultimate Cowboy Showdown,” the competition series host by Trace Adkins featuring modern-day cowboys. In the series, 12 cowboys (men and women) from across the country compete for the ultimate cowboy prize – their own herd of cattle. Over the course of ten episodes, the contestants put their real-life cowboy skills to the test in a series of grueling challenges to show the judges how they work individually and as a team. The last cowboy standing walks away with a prize package that includes the herd, the coveted “Ultimate Cowboy Showdown” belt-buckle, and a lifetime of bragging rights.

The return date has not been announced at press time.

A crucial clash in the Big Ten pits the host No. 2 Ohio State Buckeyes against the No. 8 Penn State Nittany Lions (Fox, Nov. 23 noon ET). Ohio State (10-0, 7-0 Big Ten) gets star defensive player Chase Young back from suspension as it seeks a third straight victory over Penn State (9-1, 6-1).

“A Christmas Carol,“ a new adaption of the Charles Dickens’ classic, will premiere Thursday, December 19t at 7:30 p.m. ET on FX. An original take on Dickens’s iconic ghost story by Steven Knight (Taboo, Peaky Blinders), A Christmas Carol is a spine-tingling immersion into Scrooge’s dark night of the soul.

Six episode docuseries “Slow Burn,“ based on the podcast of the same name, will premiere on EPIX on Sunday, February 16, 2020 at 10 p.m. ET. The logline: Expanding on the podcast’s first season, Leon Neyfakh will look back on the Watergate crisis, excavating the strange subplots and forgotten characters involved in the downfall of a president — and flashing back to politically tumultuous times not so far removed from today. “Slow Burn,” winner of Best Podcast at the first iHeartRadio Podcast Awards, is produced by Slate. The docuseries will be produced in partnership between Left/Right, a Red Arrow Studios company, and Slate.

ON THE AIR TONIGHT
Series premieres: “Mortel” on Netflix; “Cheat” on Sundance Now…Season premieres: “No Activity” on CBS All Access; “Growing Up Hip Hop” on WE; “Chrisley Knows Best” on USA; “Home Sweet Homicide” on ID; “Mr. InBetween” on FX..The Indianapolis Colts face the iHouston Texans on Thursday NIght Football on Fox…For the listing of available programs for Thursday, November 21 click here