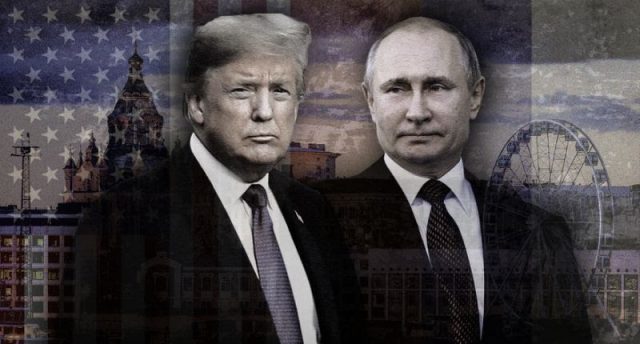 “Great World Cup question for President Trump as he meets Putin: Do you know which team you play for?”–Hillary Clinton tweet

West Hollywood, CA (The Hollywood Times) 7/16/18 – Critics and his own advisers have urged U.S. President Donald Trump to use Monday’s summit in the Finnish capital of Helsinki to press Russian President Vladimir Putin hard about election meddling and other “malign” activities.  While Trump has been abroad since last week, the special prosecutor investigating allegations that Russia interfered to help Trump win the 2016 presidential election indicted 12 Russians on Friday for stealing Democratic Party documents.

“…If I was given the great city of Moscow as retribution for all of the sins and evils committed by Russia…I would return to criticism that it wasn’t good enough – that I should have gotten Saint Petersburg in addition!” he tweeted on Sunday.

Advertisement
Trump has agreed to address the 2016 election at a meeting with no clear agenda.  He has predicted that he will seem too soft on Putin no matter what occurs at the summit.

Some believe the meeting between Trump and Putin in Helsinki is one of the most crucial junctures for the West since the 1991 fall of the Soviet Union.  For Putin, the fact that the summit is even happening is a geopolitical win because, in Russian eyes, it shows that Washington recognizes Moscow as a great power that cannot be isolated or ignored.