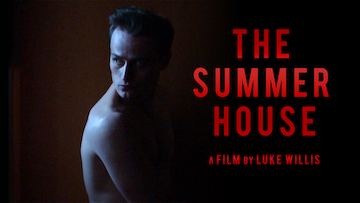 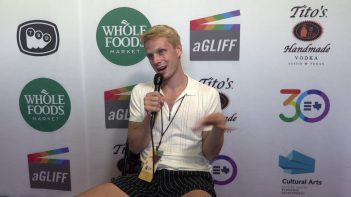 Many of us never become in full, the person we could have been due to certain mentally crippling childhood events, by one or both of the people who were supposed to be our heroes. As a result, impeding our journey in discovery of our authenticity. Instead, they become our enemy—the monster under our bed for life, even long after they are dead. Their ghost haunts us. Its shadow bites at our heels as we run as fast as humanly possible to escape it, and the past it created. Its voice, coarsely spewing degrading, razor-sharp, cutting words—no matter how deeply we attempted to bury them in the recesses of our minds, we are rarely free from their echoes. Therefore, sometimes sending some of us on a collision course to find, and be loved to replace the acceptance and love we were not given. And if we do find that love, those accompanying moments of passion are only a short reprieve.

The singular trait of an extraordinary short film is much like a work of poetry, its words collected deliberately but comprising few, while telling a much bigger story—paints a bigger picture. Both of which, tightly grabs our hearts and takes possession of our souls. Exactly what, The Summer House does, with profound potency. From the first moment to the last—from scene to scene—we are captured for 14 minutes: the sound of waves crashing on a seashore; the atmospheric music rises and falls with cautious trepidation; the opening of a door leads into the past; a picture in a frame, a reminder of what once was; its glass shattering on the floor, represents reality; a shadow crossing the outside of a window, takes breath from lungs; a voice from the past quivers the mind; a knife in a hand, leaves the viewer to ponder the outcome. 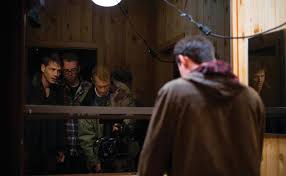 No, I am not going to dissect the two characters or give any more detail on the architecture of this short film—in the case you have not seen it. I want you to see it. Especially those who share an unwanted kinship with the main character. I want to remind you as I would imagine was one of the possible intentions of Luke Willis—that you are not alone and that millions of other children, of which you once were, regardless if your innocence was scarred or even stolen. I want you to remember that others run with you until you do not have to keep running, or looking back over your shoulder. No doubt, and unfortunately, many people of the LGBTQ+ community, as well as others, will relate to this short to one degree or another. A story, whether in short or full, is one that needs to be told over and over in various ways and from different perspectives. The Summer House is a beautifully executed short film from the cinematography to the music to the acting. Indeed, an extraordinary work of poetry.