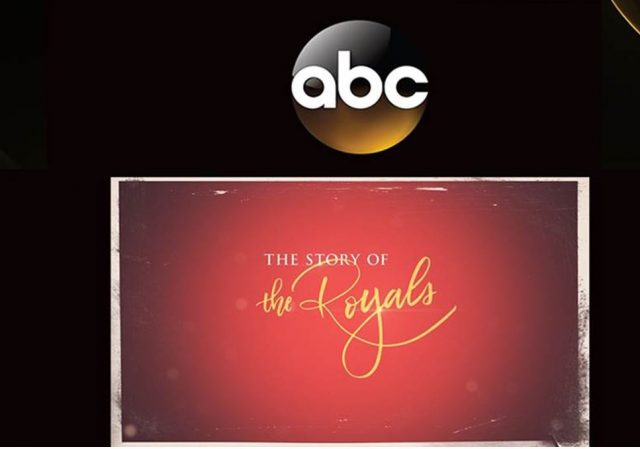 From PEOPLE and Four M Studios 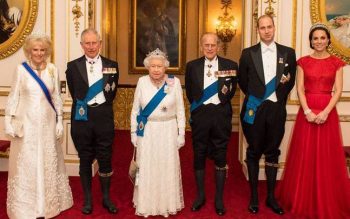 “The Story of the Royals” will explore pivotal moments in the crown’s history beginning with a simple question: How exactly did we get here? The multipart series captures the mystique of the monarchy through its many loves, losses, extravagances, challenges and charms. With Prince William and Kate’s new royal baby and Prince Harry’s recent marriage to Meghan Markle, the Windsors have truly begun to modernize and resemble a 21st-century family. “The Story of the Royals” will illustrate that evolution as well as examine the American obsession behind all things royal. 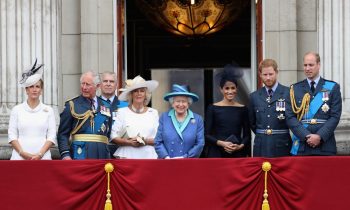 First look at “The Story of the Royals” revealed HERE https://www.youtube.com/watch?v=Wc3KX28JQQU&feature=youtu.be

“The Story of the Royals” brings together an impressive company of friends, former staff members and royal experts to help illustrate this fascinating story (listed alphabetically by first name): 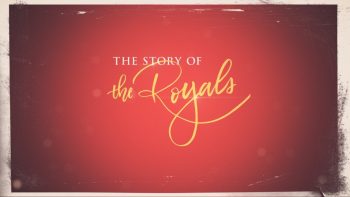 This marks the second time that ABC, PEOPLE and Four M Studios (formerly Time Inc. Productions) will partner on a two-night documentary event about the royal family. In August 2017, they teamed up for “The Story of Diana,” which marked the 20th anniversary of Princess Diana’s tragic passing at 36 years old. “The Story of Diana” Parts One and Two debuted to impressive ratings, winning the two-hour timeslot over two consecutive nights.

ABC Entertainment airs compelling programming across all day parts, including the No. 1 new drama on television, “The Good Doctor,” and the return of “American Idol”; in addition to upcoming new dramas “A Million Little Things” and “The Rookie,” starring Nathan Fillion; new comedies “The Kids Are Alright” and “Single Parents”; and the new prime-time talk show, “The Alec Baldwin Show.” The ABC Television Network is also home to the groundbreaking dramas “How to Get Away with Murder” and “Grey’s Anatomy”; the Emmy®Award-winning “Modern Family” and trailblazing comedy favorites “black-ish,” “American Housewife,” “Fresh Off the Boat,” “The Goldbergs,” “Speechless” and midseason breakout, “Splitting Up Together”; hit game shows “The $100,000 Pyramid,” “Celebrity Family Feud,” “Match Game” and “To Tell the Truth”; reality phenomenon “Shark Tank,” iconic “The Bachelor” franchise, long-running hits “Dancing with the Stars” and “America’s Funniest Home Videos”; “General Hospital,” which has aired for over 50 years on the network; and late-night talk show “Jimmy Kimmel Live!” The network also boasts some of television’s most prestigious awards shows, including “The Oscars®,” “The CMA Awards” and “The American Music Awards.”

Meredith Corporation’s PEOPLE revolutionized personality journalism when it launched as a weekly in 1974 with a mission to celebrate extraordinary people doing ordinary things and ordinary people doing extraordinary things. Ubiquitous and still at the center of pop culture more than 40 years later, the PEOPLE brand is accessible across all media and platforms (print, digital, video, OTT, mobile, social) bringing more than 100 million consumers a unique mix of breaking entertainment news, exclusive photos, video, unparalleled access to the red carpet, celebrities, and in-depth reporting on the most compelling newsmakers of our time. An essential component of PEOPLE’s editorial vision remains human interest stories, which touch and often mirror the lives of our passionate audience. ComScore ranks the PEOPLE/Entertainment Weekly Digital Network No. 1 in the entertainment news category. And now, the PeopleTV app offers a free, advertiser-supported OTT streaming video service. PEOPLE is an award-winning 24/7 news organization headquartered in NYC with reporters worldwide. For more information visit PEOPLE.com and follow @people on Twitter and Instagram, @peoplemag on Facebook, and the PEOPLE channel on YouTube and on Snapchat’s Discover.

Four M Studios (formerly Time Inc. Productions), the television production division of Meredith, is a full-service production company creating premium long-form content distributed on all platforms globally. Formed in 2016, the division touts an in-house award-winning creative team, state-of-the-art studios and post-production facilities in New York and Los Angeles. The content and spirit of Meredith’s powerful and trusted iconic brands provide unlimited inspiration for Four M Studio shows. The Studio also develops shows independent of Meredith brands. The group won an Emmy in 2017 for “A Year in Space” on PBS, and its shows have aired on or are in development with ABC, Apple, Netflix, Paramount Network, FOX, A&E, Investigation Discovery and other major networks.

Meredith Corporation (NYSE:MDP) (www.meredith.com) has been committed to service journalism for 115 years. Today, Meredith uses multiple distribution platforms — including broadcast television, print, digital, mobile and video — to provide consumers with content they desire and to deliver the messages of its advertising and marketing partners.