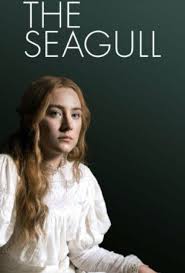 Adapted by Tony Award-winning playwright Stephen Karam (The Humans) and directed by Tony Award-winning Michael Mayer (Spring Awakening), this streamlined version of the tragic/comedic romance – rom-tragicom? — ramps up the funny and pares down the introspection. Chekhov’s dilemma was how to live a creatively fulfilled life. Here, the dilemma is who sleeps with whom.

Inexplicably set in 1902-1904 (the play was written in 1896), Mayer opens up a potentially claustrophobic manor house drama by setting the action in the countryside, with Upper New York State doubling for Tsarist Russia. The relationships, however, remain as claustrophobic as ever. 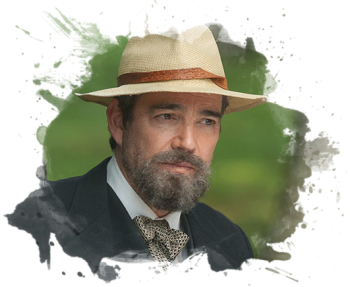 Get out your scorecards: Veteran actress Irina Arkadina (Annette Bening) comes to her brother Pjotr Sorin’s (Brian Dennehy) country house with her much younger lover, author Boris Trigorin (Corey Stoll) in tow. There, her son Konstantin (Billy Howle) tries to impress her with his own writing skills, but instead has to watch his beloved Nina (Saoirse Ronan) fall for Trigorin. It’s Masha (Elizabeth Moss) who’s in love with Konstantin, and poor schoolteacher Medvedenko (Michael Zegen) is in love with her. Masha’s mother (Mare Winningham), meanwhile, continues to hold a torch for the town doctor (Jon Tenney), who has the hots for Irina. Masha’s father, the estate manager, just wants to find a good horse.

If you’re wondering who represents the center of good in the story, try the horse. Ronan’s Nina is a starstruck wannabe, willing to throw over her devoted suitor for a taste of the Moscow stage. (If I had the choice between Corey Stoll’s 40-year-old, balding Trigorin and a Konstantin who looks like a younger, blonder Jonathan Rhys Meyers… let’s just say it would have been a tougher choice.) Konstantin is terminally self-obsessed, his mother is a self-deluded narcissist, Trigorin is an archetype for the #MeToo movement, and proto-Goth Masha is the worst wife since Lady Macbeth.

The saving grace of this adaptation, though, is that that the filmmakers know these characters are vain, self-absorbed denizens of the “country club class” with pretentions to being artistes. Annette Bening is pitch perfect in a complex, career-crowning role. Elizabeth Moss is laugh-out-loud funny. You could be lulled into thinking this a gentle comedy, like director Mayer’s Hollywood offerings 27 Dresses or Alpha House. Until it isn’t.

Plays don’t hang around for 120 years unless they tell a compelling story. The Seagull will linger with you long after the credits roll. 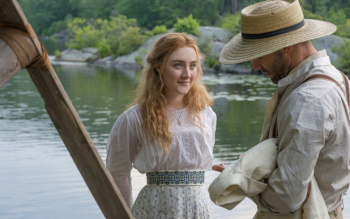