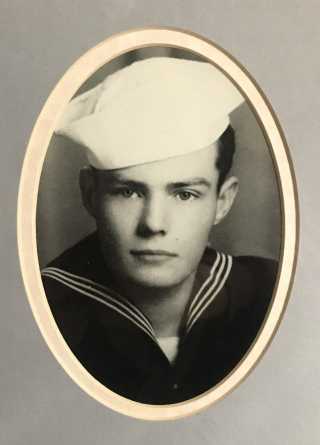 NASHVILLE, Tenn. (June 5, 2019) — John Berry, a Grammy winning singer/ songwriter, has released “The Richest Man,” off his latest project, Thomas Road. The poignant, heartfelt and personal song penned by Berry, Liz Hengber and Will Robinson was produced by Chuck Howard, who produced all of the familiar Berry hits over the years, as well as last summer’s Top 30 “Beautifully Broken” from the hit film of the same name. Stream and download the music on all digital music platforms here.

The endearing single entitled, “The Richest Man,” is available for radio airplay via CDX released in advance of Fathers Day, along with an aggressive grass-roots social media campaign. The song is dedicated to his dad who taught him that the most valuable things in life typically had very little to do with money. Watch the official video here.

“I never tire of hearing this most fundamental message of country music — happiness doesn’t lie in wealth, but in love. Few have the heart and soul to deliver it as effectively as this guy. Brilliantly crafted, wonderfully melodic, exquisitely poetic and flawlessly produced.” MusicRow Magazine DISCovery by Robert K Oermann

“So thrilled to hear John Berry back doing what he does best… singing a great song with that amazing voice” Charlie Mattos, Producer/CoHost Coffee Country & Cody

John Berry sings “The Richest Man” with a voice of a man who has seen it and lived it. This is a powerful song with truthful lyrics that we all should consider in our lives. John Berry delivers it with conviction that will give you goosebumps. Eric Dahl, Host FOX 17 Rock & Review

“It’s one of those rare recordings that no matter how many times I hear it, my eyes moisten. And John has never sounded better telling the story.” Mike Terry, 650-AM WSM / SiriusXM Prime Country

“The lyric paints a picture of two men — one who is wealthy by the world’s standards but dies alone, and the other an average Joe, who is rich in love, family and community respect,” Deborah Evans Price, Billboard Magazine

“A tribute, a life lesson, and a song-sermon all wrapped up in one of the most beloved voices in country music. The Richest Man by John Berry makes Father’s Day a year round gift to all of us. This is a classic!” Devon O’Day, Nashville Today host-650AM WSM

“It is with a grateful heart for a dad that loved me and showed me what was important in life that I dedicate this work to my father, Jim Berry and to other fathers that walked before and after him, that strove to make their children’s lives full and rich in what really mattered, faith, family, and friends,” said John Berry.

It is no surprise that John Berry quickly sells out venues all over the country.  The Entertainment Nexus once described the award-winning entertainer as “one of the most remarkable voices in music.”

The music is available on digital formats for streaming and download here and can be ordered from his website.

GRAMMY Award-winning country star John Berry continues to celebrate the 25th anniversary since signing his first record deal and has recently charted at #30 on the Music Row Breakout Charts with the single, “Beautifully Broken,” which is featured in the soundtrack for the upcoming movie of the same name. Berry has placed 20 singles on the country hit parade charts, six of which went Top 5 as well as a No. 1 on the Billboard and Radio & Records country charts. He has earned numerous Gold and Platinum records. Berry’s co-written “A Mind Of Her Own” and “Kiss Me In The Car” introduced him to radio audiences in 1993. Then, “Your Love Amazes Me,” “What’s In It For Me” and “You And Only You” thrust him to stardom in 1994. “Standing On The Edge Of Goodbye,” “I Think About It All The Time,” and “If I Had Any Pride Left At All” were all major hits the following year. “Your Love Amazes Me” earned Berry a 1995 GRAMMY nomination. In 1996, he scored a GRAMMY win for his participation in Amazing Grace: A Country Salute to Gospel Vol. 1. Berry took “Change My Mind” into the country music Top 5 in that same year. “She’s Taken A Shine” became an even bigger hit in 1997. The same year, he was nominated for CMA Vocal Event of the Year for “Long Haired Country Boy” with Charlie Daniels and Hal Ketchum. Both fans and the media took note when “There He Goes” was released as a 1999 duet with Patsy Cline. Berry’s two most recent albums, What I Love The Most and his holiday album, Christmas, are both available now on his website as well as iTunes and other digital retailers.  Berry’s TV show, Songs & Stories with John Berry, airs weekly on Heartland Television, The Family Channel, The Country Network, Roku (via Heartland), AMG TV, Country TV (New Zealand), and Keep It Country TV (UK). For more information, visitsongsandstories.com. Follow John on his website at www.johnberry.com.