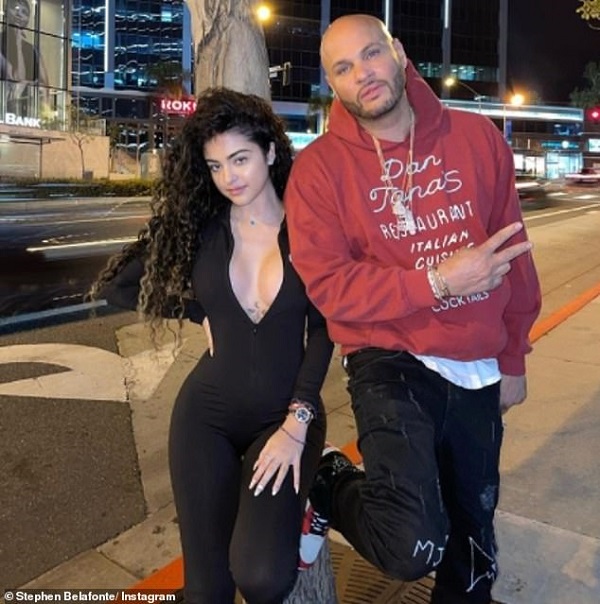 Stephen Belafonte is rebounding from his past life like Dennis Rodman.  He is literally grabbing everything and throwing it back the other way up the court to his stable of champions.  Belafonte uses his stories on Instagram to keep his followers and his haters in the loop while he vacations, eats well, has time with his daughter Madison, and the behind the scenes music management moves he’s making.

His superstar, 18-year-old Malu Travejo, has over 10.5 million followers and just like Belafonte she has her baggage.  However, it is my belief that managing the baggage is what makes Belafonte an incredible manager.  There isn’t much that he hasn’t been through that he can’t recall to help someone else by relating to their struggle.

Belafonte also has a lot of Hollywood experience and that has nothing to do with the fact that he was born there.  He is credited by IMDB with credits from directing and producing films.  When he was 18 he moved to New Jersey and became bicoastal.  It’s no surprise that he has recently signed artist Skinny from the 9 to management papers who is from Somerville, New Jersey.  Together they went on to leverage a deal with Soulja Boy who has a label called SODMG.  Skinny from the 9 has also had his issues with the law and is not new to being around trouble.  That is Skinny’s persona as Belafonte teamed up Skinny with a rapper from Paterson, New Jersey named Harrdluck.  The music video would go on to garner over 1 million views on Worldstarhiphop.com.  Skinny and Harrdluck seemed grateful for being paired up together by Belafonte.

Belafonte, during this time with Skinny, was also able to sign rapper and actor Chet Hanks to management as well.  Hanks also was accused of domestic violence not too long ago but like Belafonte’s situation there is very little proof or nothing to go on.  This completes Belafonte’s new stable of artists for now as it seems like this would be enough to be a winner in the music industry.  The co-sign from Soulja Boy doesn’t hurt one bit as Soulja himself has fought to stay on top of his business.  Even more recently Souljah made headlines for not making the cut on Kanye West’s new album.  Soulja publicly told Kanye off and even challenged him to a boxing match.  Soulja is more of an entrepreneur than the other guys but that is where Belafonte will kick up and start to piece together the power moves for his clients.

What I like most about Belafonte is that he has done a great job of maintaining professionalism in an industry that is mostly anything but that.  With the way the media is today it is so easy to mudsling and get a headline.  Below are some links to check out from Belafonte’s artists.