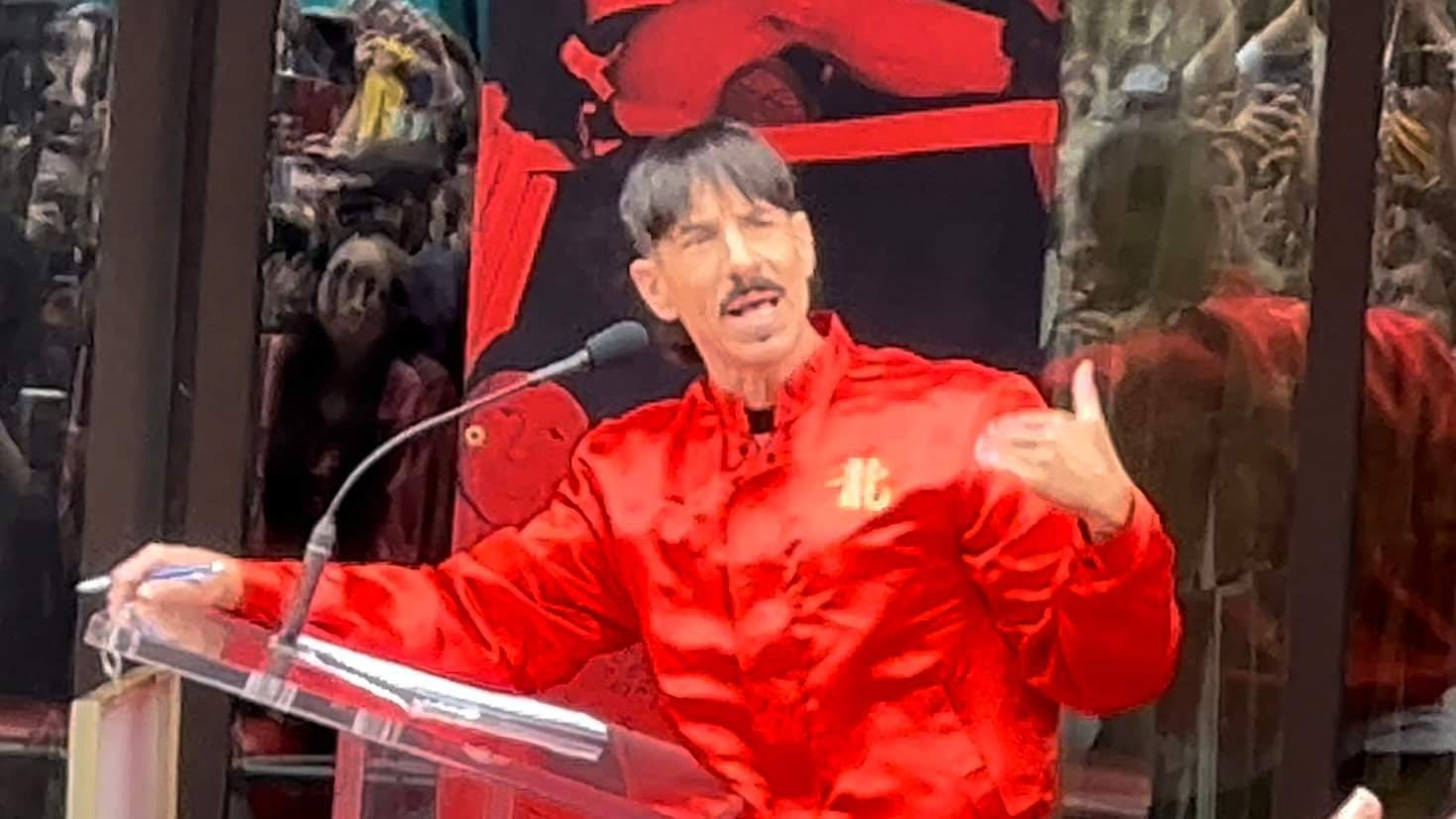 By Tequila Mockingbird and Valerie Milano 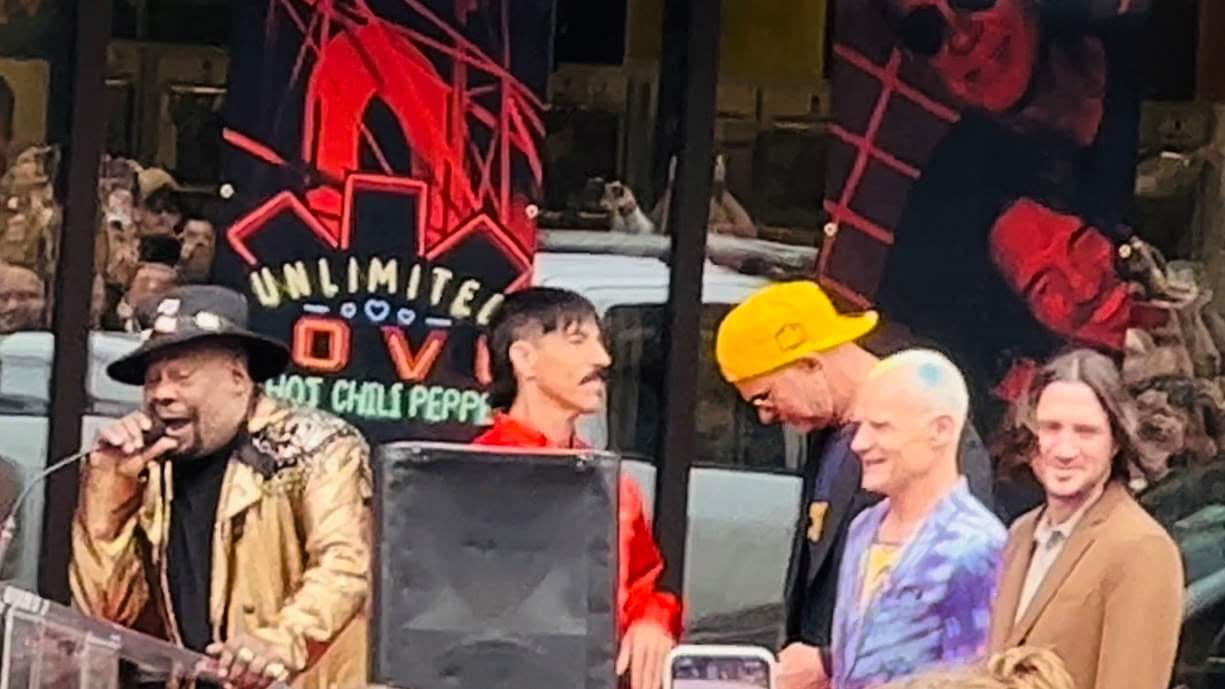 Hollywood, CA (The Hollywood Times) 3/31/22 – The nation’s most popular alt band of all time, The Red Hot Chili Peppers, got a star on The Hollywood Walk of Fame along Hollywood Boulevard–in the same spot where Raji used to live. 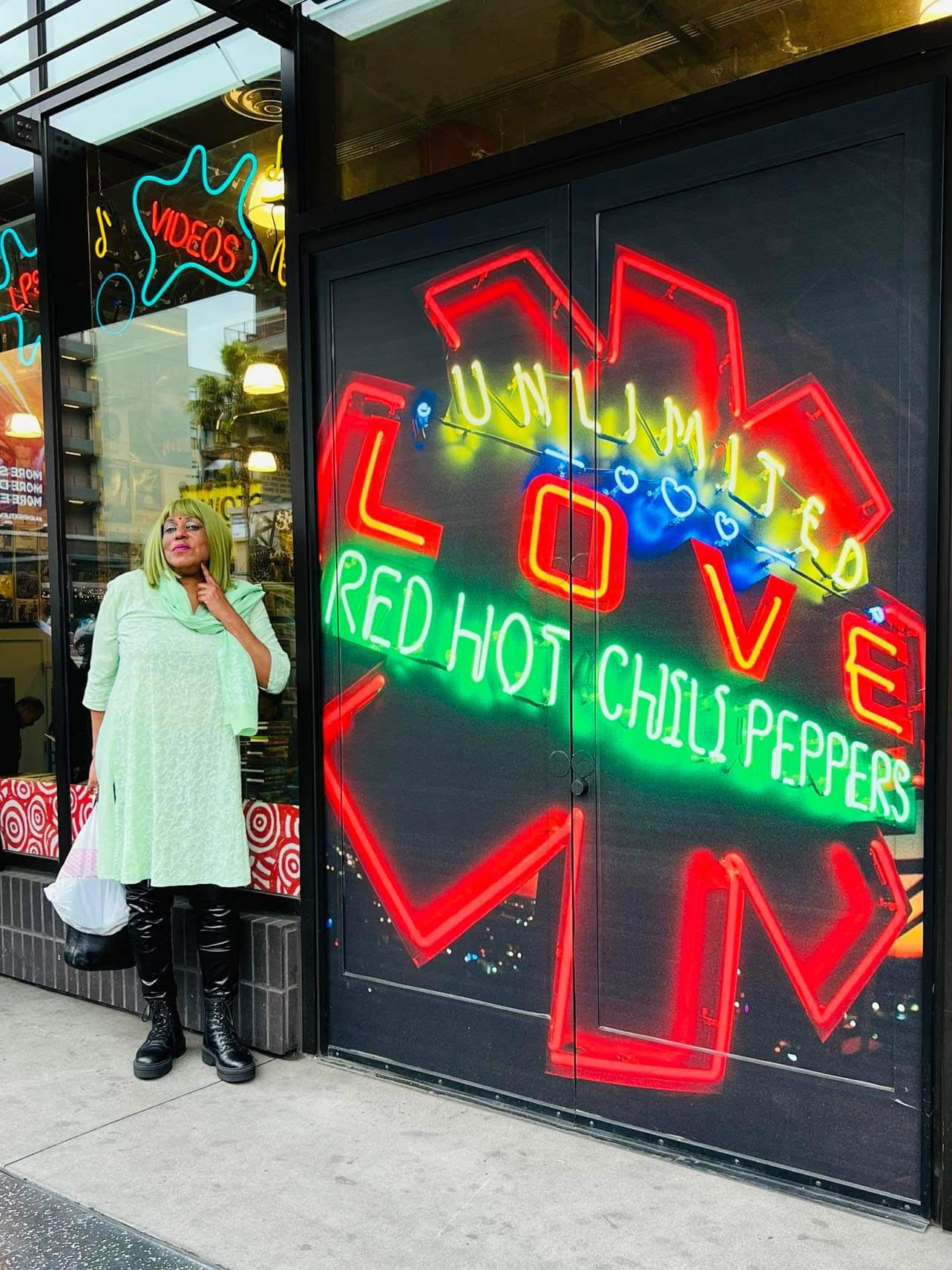 Extra special guest speakers at the event and ceremony included Bob Forrest from Thelonious Monster and Woody Harrelson, a true Stoner icon in film and helium bar owner, who had a speech about the Chili Peppers. 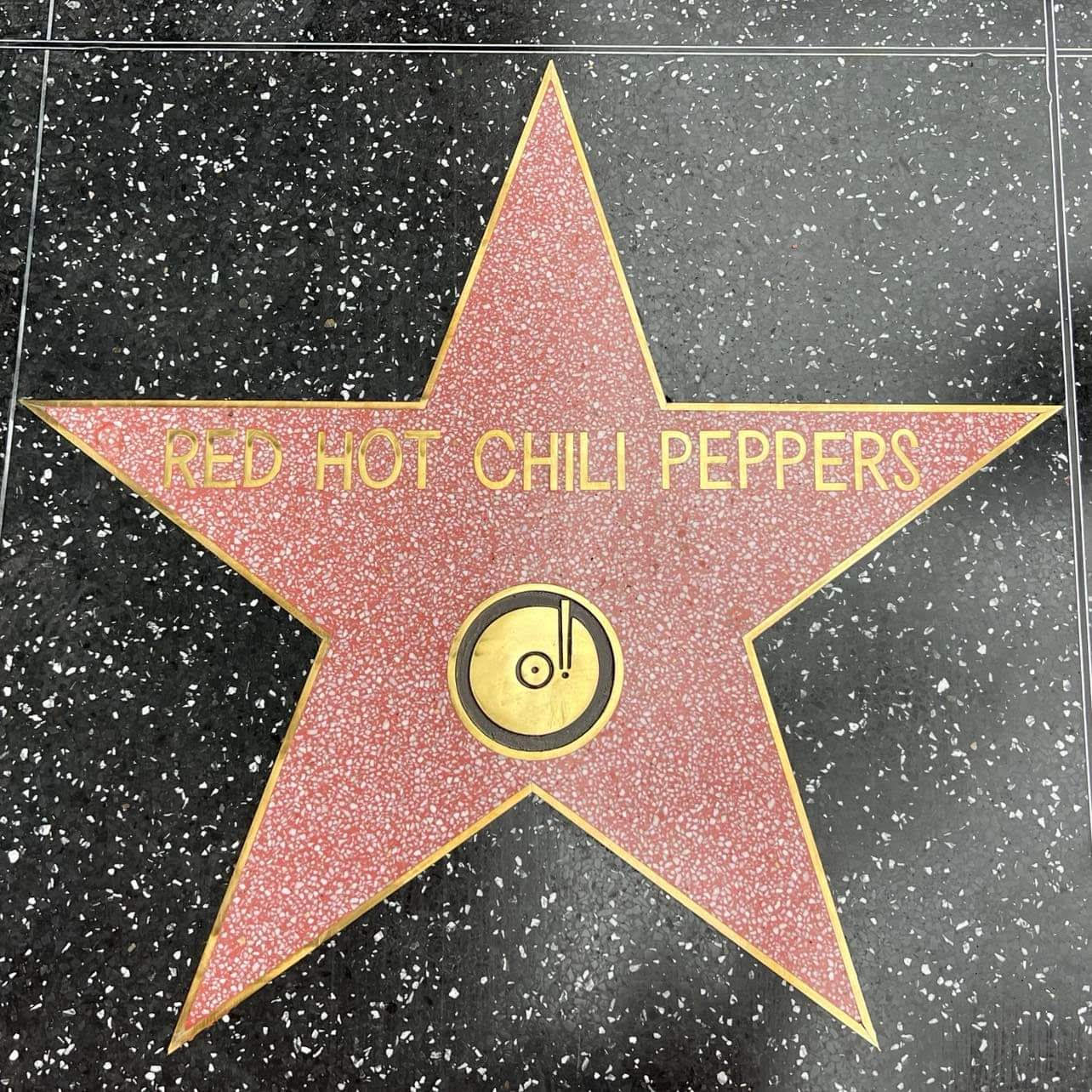 George Clinton from Parliament f****** Funkadelic spoke about how he always thought they would be Stars. To be honest, we all did. Anthony and Flea reveled in the love that they felt for our fair city of Hollywood. 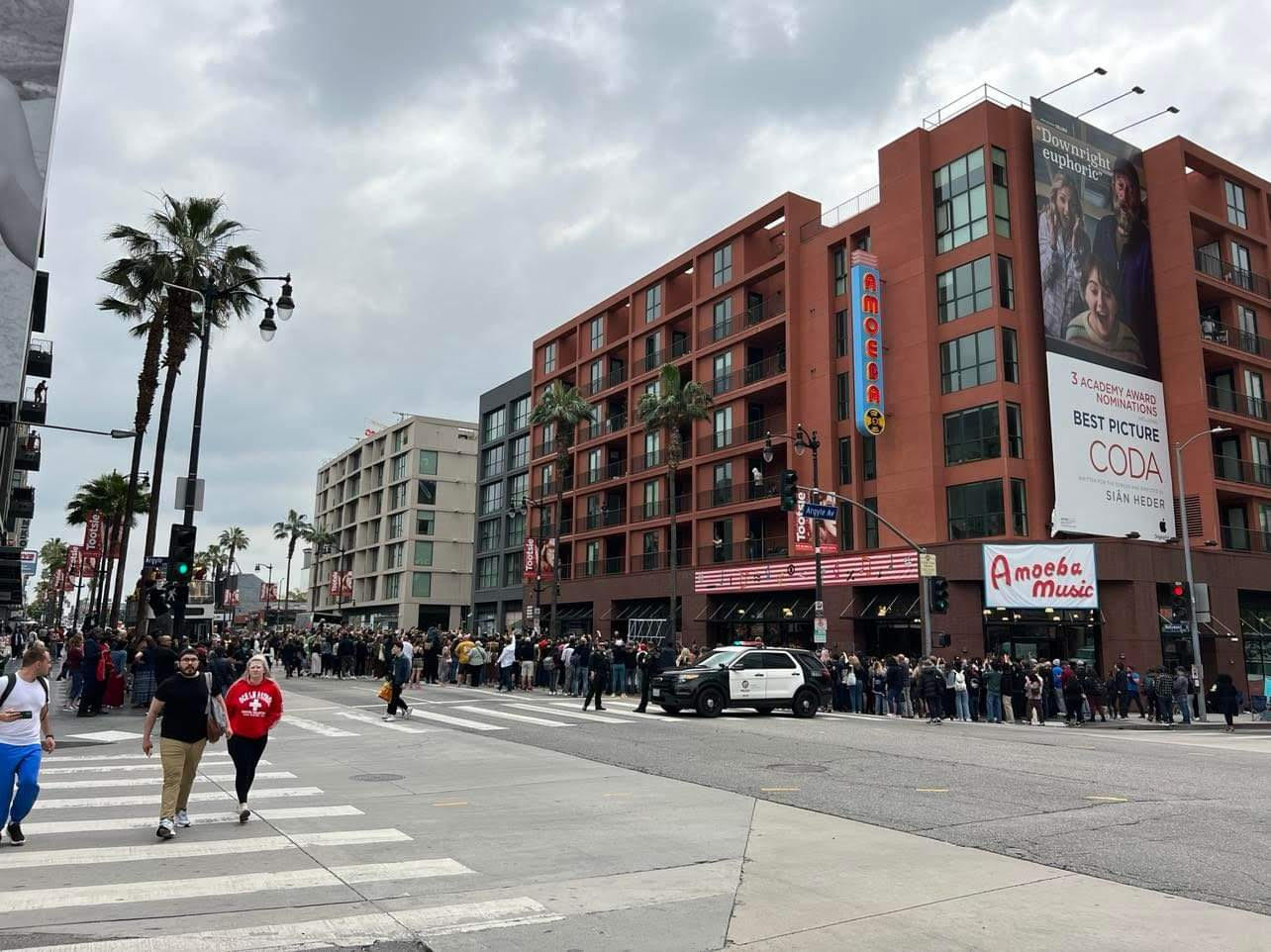 They are old friends of mine, and in my opinion, this is a well-deserved and even overdue honor. They received it well, with a shout out to Rick Rubin for making them into the silk purse act that they are today.

The USC marching Band performed instantly recognizable Red Hot Chili Peppers tunes and danced around in full regalia with flags that said Red Hot Chili Peppers. And the final flourish? Purple and pink pom poms. It was all rather festive. We were all proud of our boys on this historic day for alternative rock history.

It was a beautiful day and a great celebration of our hometown heroes and friends being rewarded by the city of the Angels for their talent. Their new album entitled Unlimited Love drops April 1st!