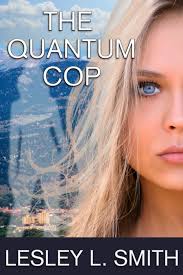 by Dr. Laura Wilhelm, LauraWil Intercultural
West Hollywood, CA (The Hollywood Times) 9/4/16 – Lesley L. Smith holds a plethora of degrees, including an M.S. and a Ph.D. in Elementary Particle Physics.  In 2012 she added to her collection by completing an MFA in WriHYPERLINK.
Dr. Smith’s short fiction has been published in several venues including “Analog Science Fiction and FactHYPERLINK” and NANO MEETS MACRO.  She is an active member of the Science Fiction/Fantasy Writers of America  (SFWA) and Rocky Mountain Science Fiction Writers  (RMFW) and is also the founder and editor of Electric Spec.
Dr. Smith has held a variety of scientific jobs where she investigated dark matter, extrasolar planets, clouds, atmospheric chemistry, and global warming.  She has worked for a variety of research institutions and her nonfiction articles have been published in venues that include the PHYSICAL REVIEW and MODERN PHYSICS LETTERS.  Smith is a longtime member of The American Physical SocietyHYPERLINK and The American Geophysical Union  (AGU). 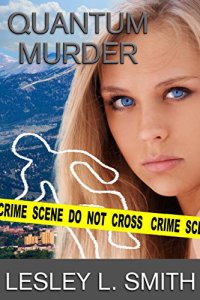 Lesley Smith’s science fiction novel THE QUANTUM COP was released in 2016 on this reporter’s birthday, May 17th, near the cusp of earth and air signs Taurus and Gemini.  This well befits a novel featuring a physicist with her feet on the ground and her head in the heavens!
A key twist is that this physicist is a female by the name of Madison Martin who has a scorching romance with an attractive co-worker while re-writing the very nature of reality.  As their chemistry starts to sizzle, Madison finds she is ready for some experiments of a more biological nature!
This smart and sexy heroine challenges the scientific stereotypes recently seen in the new GHOSTBUSTERS film and elsewhere.  Like GHOSTBUSTERS, however, THE QUANTUM COP makes physics both entertaining and accessible.
Topics and themes explored in THE QUANTUM COP include the following:
1)  That physics is all around us.
2)  That physics is logical.
3)  That physical humans have a special role in the universe, and of course
4)  That physicists have lives!

THE QUANTUM COP is now available on Amazon, BarnesHYPERLINK, and Smashwords.  For more information, connect with Dr. Smith on her website:  http://www.lesleylsmith.com/
Dr. Smith kindly provided the following online responses to six interview questions as follows: 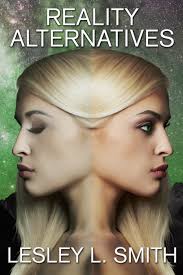 1)  What inspired you to write your book?
I wrote the book I wanted to read: a mixture of adventure, romance, humor, and physics with a fun kick-ass protagonist.
2)  What is it about?
Physicist Madison Martin is hit by a car on the first day of her fabulous new professor job–and she isn’t.  Reality splits in two and somehow Madison picks the reality where she isn’t lying in a bloody pile in the street.  Needless to say, this is bizarre, and her investigations into exactly what happened change the world.  And oh yeah, her sleuthing partner is the super-hot physicist in the office next door.
3)  What do you hope will be the everlasting thoughts for readers who finish your book?
I hope people will take away the idea that physics isn’t scary or intimidating; it can be fun!  It’s basically a valuable tool that anyone can use. 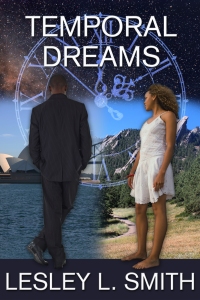 4)  What advice do you have for writers?
The most important advice I have is also the most obvious: write!  You’ll never get readers unless you finish the book.  You’ll never finish that book you’re thinking about unless you write.  There’s never a ‘perfect’ time to write–write anyway!
5)  Why do you think women are still so underrepresented in STEM professions?
I’m sorry to say that I meet women every day who think STEM is too hard for them, or that men are somehow naturally better at it.  It breaks my heart when girls say this–and I always disagree!  Thus, unfortunately, a significant number of females don’t even seem to consider it.
Sadly, as a result of this male dominance, STEM culture at a particular lab or company can be unfriendly to women.  I believe the tide is starting to turn, however.  As more and more women enter STEM fields, more girls will consider them and labs/companies will become more and more diverse and successful.
6)  Do you think this would change under the leadership of a female U.S. President?
As I said above, perceptions are a major obstacle to women in STEM fields. . .So a female president can only help!