Newport Beach, CA (The Hollywood Times) 11/20/21 – The first solid night of the Newport Beach Film Festival featured two films that premiered recently at the Venice International Film Festival and one of these was Jane Campion’s much-lauded The Power of the Dog. Set in Montana in the 1920s, the film follows brothers Phil (Benedict Cumberbatch) and George (Jesse Plemons) who live together on a ranch. The two are different in every regard. Phil is macho and mean-spirited while George is refined and regimented. When the ranch-dwellers go to a restaurant to honor one of their deceased friends, George meets the restaurant’s chef, Rose (Kirsten Dunst). Despite Phil’s disapproval, the two fall in love and quickly get married. From here, the film follows Phil, George, Rose, and Rose’s son from a previous relationship, Peter (Kodi Smit-McPhee), on the ranch. The main narrative is Phil’s looming, aggressive presence constantly bullying and taunting Rose and Peter while George is absent for long stretches on business trips. For your viewing interest, The Power of the Dog arrives in American theatres on November 17 and Netflix on December 1.

On its surface, The Power of the Dog is a family-centered Western, but it opens new plots to provide a true portrait of the lives of the principal characters. Contrary to how it might sound, the film is not necessarily a character study nor is it a slice-of-life story, although it has elements of both these approaches, particularly in its focus on Phil. Rather, The Power of the Dog cannot be defined by one single genre. Adapted by Jane Campion from Thomas Savage’s 1967 mystery-thriller novel of the same name, The Power of the Dog takes place in 1925 Montana. On its face, this haunting Western concerns Phil and George, radically disparate brothers living on a ranch that aesthetically feels indebted to Terrence Malick’s Days of Heaven, and the ways Rose comes between them. But the deliberately paced film aims beyond its familiar setup to reach a far more affecting, complex destination. It’s an immense portrait of psychological torture and toxic masculinity, nestled on an imposing mountain landscape that entraps its characters. It is helpful to know a little about the novelist Thomas Savage, who grew up in Montana on a ranch with an alcoholic mother, and some experiences that seem to have surfaced in this and other novels he wrote.

Like the semi-autobiographical book that inspired it, Campion’s adaptation is equal parts wish fulfillment and cautionary tale, and since the story is told without a dominant point-of-view, it’s able to be each of those things for different characters at the same time. Then again, maybe there is a clearly defined main character, and he’s able to hide in plain sight; it’s often a sign of sloppiness when a movie opens with a voiceover that never returns, but here it echoes like evidence of a wickedly ingenious design. No seismic events occur in The Power of the Dog. There are no gunfights or cattle stampedes. Its meditative quality makes its abrupt ending feel even more sudden. But this is one of those movies that invite re-watching, and Campion is one of those directors who rewards careful subsequent viewing.

The film’s title comes from Psalm 22:20, the Psalm that Jesus invokes during his suffering on the cross: “Deliver me from the sword, my precious life from the power of the dogs.” Director Campion explains: “As the title stands, it’s a kind of warning,” said Campion. “The power of the dog is all those urges, all those deep, uncontrollable urges that can come and destroy us, you know?” Of course, it is not coincidental that the rough cowboy Phil is able to see the shape of a hungry dog in the mountains near the Montana ranch – a shape that none of the others are able to see except for Peter, the son of Rose from a previous marriage.

The Power of the Dog is most striking in how it uses the ranch setting, an isolated place surrounded by endless stretches of farmland – in Montana, although the film was shot on the South Island of New Zealand, which has a similar landscape. Once the film settles into its central story, the focus rarely leaves the confines of the ranch. This tactic not only traps the viewer in with the characters but traps the characters in as well, slowly unveiling their fears, insecurities, and desires. When the film explores Phil’s character, the reveal is so gradual, the viewer can never predict his intentions or actions. This is particularly of note in the film’s second half, where Phil and Peter strike up an unexpected friendship, much to Rose’s dismay and worry.

The film’s isolated setting also explores a variety of themes. The most obvious is loneliness, which each character feels and deals with in very different ways. In Rose’s case, this shows itself with her trying and often failing, to move forward alone, particularly due to Phil’s bullying and her husband’s prolonged absences. In Phil’s case, loneliness shows itself when his hyper-masculine ego is deflated, revealing the reasons that propel him to act in the rash, selfish way he does.

While much of the film’s success is attributable to Campion’s work behind the camera, it is the film’s performances that tie everything together. Benedict Cumberbatch, in a career-defining performance, perfectly sinks into Phil’s character. He nails Phil’s threatening persona as well as his multi-dimensional personality. Dunst is incredible, most notably in handling the unraveling of her character. The biggest surprise is Smit-McPhee, who does an excellent job as young Peter, particularly when his character becomes prominent in the film’s second half. He matches Cumberbatch in the scenes they share, and the two provide solid and believable chemistry that consistently rocks the film and toys with expectations.

Phil presents a gruff cowboy exterior and underneath. He is definitely a nasty piece of work. Early in the movie, at a dining house, his cruel, belittling treatment of the widow Rose and her son Peter (Kirsten Dunst and Kodi Smit-McPhee) who serve his cowboy posse drives them to tears. Phil is used to dominating and mistreating George, who falls in love with and marries Rose, leaving Phil dumbfounded. This is the set-up for a tightly wound domestic catastrophe that Campion expertly lays out one telling detail at a time. No matter how carefully you ingest the rising tension, you don’t know how this intricate clock will wind down. Phil undermines interloper Rose at every turn, driving her to drink, and tries to toughen up fey medical student Peter. This is a kinky story that Hitchcock would have loved. 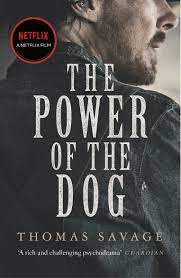 Campion’s The Power of the Dog bears a movie-Western stamp, even if it’s more Giant than Shane. At one point, Paul Newman flirted with taking on the charismatic but tortured cattle rancher at the center of the story. For years, Campion looked into the rights and finally, Canadian producer Roger Frappier gave her the rights to the book. Campion and her trusted producer Tanya Seghatchian (Bright Star, Top of the Lake, The Crown) took notes at a meeting with Annie Proulx, another woman who had tackled western males with her short story Brokeback Mountain (which was published in 1997, forty years after Thomas Savage’s novel). Unlike Savage’s book, Cumberbatch’s Montana rancher Phil Burbank doesn’t ride horseback in a suit like his brother George (Jesse Plemons); he wears overalls and spurs and woolly chaps over his jeans. “Those woollies are like Satyrs,” said Campion. “You know, they’re so sexy in a way. He’s gonna wear them everywhere. He’s gonna wear them to bed. He’s not taking it off unless he’s naked, you know?” And naked is what young Peter will see and question Phil’s toxic masculinity. Peter will sense Phil’s hidden vulnerability and this is what makes the second half of The Power of the Dog so intoxicating. 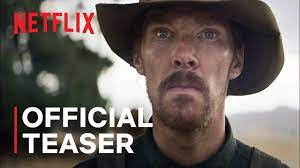 Compellingly expressed through Smit-McPhee’s reedy self-assurance (whose take on the character seems to stem from Savage’s description that “no one could close a door more quietly than he”), Peter’s desire is the mystery at the center of a rivetingly tense movie that screws tight like a Patricia Highsmith thriller without forsaking its Western splendor. Cinematographer Ari Wegner shoots the South Island of New Zealand as if it were a dream Montana once had, and Grant Major’s tactile production design troubles the film’s golden valleys and sun-kissed vistas with textures rich enough to reframe every aspect of this story for the role it plays in the tug-of-war between nature and civilization. Ari Wegner (Lady Macbeth, Zola) relies on long lenses to capture the rolling hills in as much detail as the foregrounded characters for awe-inspiring, philosophical compositions. All that counts out here are the long hours men work, the homosocial bonds they share, and what they can teach each other about life, women, and cattle. 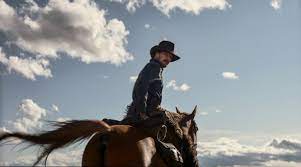 Campion straddles the line between myth and memory during even the quietest scenes. Her direction captures the soul of Savage’s heartsick text, much as Phil fondles the saddle that once belonged to his mentor, Bronco Henry. The Power of the Dog never insists on explaining itself away. But Phil, who hates himself so much that he’s incapable of imagining what love can do – and has already done – to him, may have some blind spots of his own, and it’s a testament to Campion’s sly adaptation that we are liable to overlook the same things. Just as Savage’s plainspoken novel found the author flexing the invisible muscles he developed over a lifetime of fighting his own desire, Campion’s equally poignant film leverages repressed passion into an unexpected show of strength.