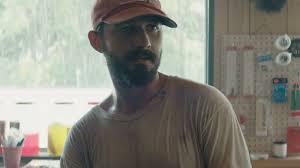 Los Angeles, CA (The Hollywood Times) 8/8/2019 – As a parent of an individual with a disability, it is incredibly engaging to see how this story shines a light on so many aspects of the care and understanding that each moment holds when supporting a person with special needs. The Peanut Butter Falcon (USA release on August 9th) is a charming movie which features Zack Gottsagen, an actor with Down syndrome, in the leading role of a young man who leaves his home to fulfill his hopes and dreams of becoming a professional wrestler.

Tyler Nilson and Michael Schwartz, as co-directors and writers of the film, have known Gottsagen for a few years. After meeting him at a community camp for actors with disabilities and seeing “[Gottsagen’s] talent and how much he loves what he does” they wanted to tell a longer story, which led them to write their first feature, The Peanut Butter Falcon. Schwartz shared that “the timing was right and it was a very important thing to create an opportunity for Zack”. 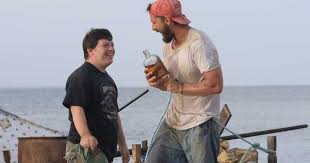 Together, they decided to pursue the project about Gottsagen’s character’s unlikely friendship with a thief, portrayed by co-star Shia LaBeouf (Transformers) and a caregiver, played by Dakota Johnson (Fifty Shades of Grey), searching for the missing young man.

With a nod to Huckleberry Finn, the film is set in the Deep South, which Schwartz remarked was due to knowing the story from his youth when “growing up in the South”. Like Twain’s original literature, a majority of it takes place on a river and poignantly tackles stereotypes in a hysterical manner. 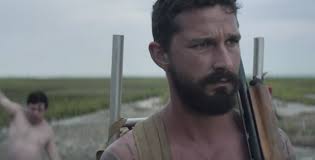 At its core, this is a movie about family, teaching the audience that no matter how different two humans may be, we all have hopes, dreams, and the desire for companionship. LaBeouf, Johnson, and Gottsagen deliver stellar performances which infuse a sincere sense of self-image, moral values, healing, and respect.

An inclusive story with bold action and heart, The Peanut Butter Falcon will take you on a journey that makes you feel, leaving you above all else with a greater sense of appreciation for life and yearning to live to your fullest.