THE PALEY CENTER FOR MEDIA ANNOUNCES

THE PALEY HONORS IN HOLLYWOOD: A GALA CELEBRATING WOMEN IN TELEVISION

AT THE BEVERLY WHILSHIRE HOTEL ON OCTOBER 12, 2017

Evening to Feature Special Tribute to the Legendary Betty White

The Most Influential Personalities in Television and Entertainment to Gather in Celebration, Including Presenters and Participants: Kristin Chenoweth, Nadia Comăneci, Allison Janney, Debra Messing, Rita Moreno,

Since the early days of television some of the most unforgettable, moving, and hilarious moments have come from brilliant and talented women, and to recognize this The Paley Center for Media will host the Paley Honors in Hollywood: A Gala Celebrating Women in Television on October 12, 2017.

This historic celebration will showcase television’s powerful influence in shaping our culture and will be the first of its kind to celebrate eight decades of groundbreaking accomplishments of women across a variety of genres including drama, comedy, music, variety, news, talk, and sports.

This unforgettable evening will take guests on a journey through all the moving moments that have come from women in television including the hilarious antics of Lucille Ball in I Love Lucy, Mary Tyler Moore’s portrayal of the quintessential independent woman in The Mary Tyler Moore Show, the unforgettable moment when Ellen DeGeneres came out as gay on Ellen, and the tour de force performances of today’s brightest stars including Claire Danes in Homeland, Taraji P. Henson in Empire, Tatiana Maslany in Orphan Black, Mandy Moore in This Is Us, Gina Rodriguez in Jane The Virgin, and Kerry Washington in Scandal, to name a few.

Rounding out this unforgettable evening will be a tribute to the beloved icon Betty White, featuring a look at her incomparable career on television as an actress, entertainer, and producer which encompasses over seventy years including her Emmy Award-winning performance on The Golden Girls, as well as roles on The Mary Tyler Moore Show and Hot in Cleveland; her influential pet-themed talk show, The Pet Set; and numerous appearances on television game shows and variety specials.

“I am thrilled to be honored by the Paley Center,” said Betty White. “To be acknowledged for working in a business I love for as long as I have is truly a privilege. I’m proud to share this evening with these amazing and talented women.”

“The Paley Center is so proud to honor this incredible group of women at this once-in-a-lifetime event,” said Maureen J. Reidy, President & CEO of The Paley Center for Media. “No other medium has brought people together the way television has, and this is the perfect time to celebrate the pioneering entertainers, groundbreaking series, and current hit shows that have sparked conversations, educated audiences, and thrilled generations.” 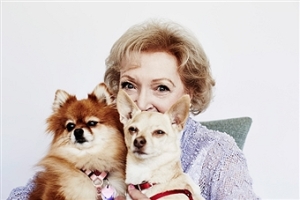 This momentous occasion benefits the Paley Center’s programs and its ongoing efforts to expand and preserve the Paley Archive, which includes the Women’s Collection. Featuring over 160,000 programs, the Paley Archive is the nation’s largest publicly accessible archive of television and radio programs from over seventy countries, spanning almost one hundred years.

The Paley Honors in Hollywood: A Gala Celebrating Women in Television will take place 6:30 pm at the Regent Beverly Wilshire Hotel in Beverly Hills. For additional event information, including how to purchase tables, tickets, and ads please visit paley.me/lahonors2017 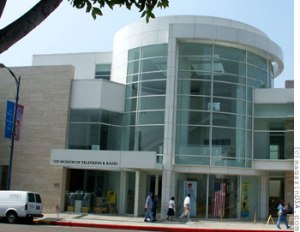 The Paley Center for Media, a 501(c)(3) nonprofit organization with locations in New York and Los Angeles, leads the discussion about the cultural, creative, and social significance of television, radio, and emerging platforms for the professional community and media-interested public. Drawing upon its curatorial expertise, an international collection, and close relationships with the leaders of the media community, the Paley Center examines the intersections between media and society. The general public can access the Paley Center’s permanent media collection which contains over 160,000 television and radio programs and advertisements, and participate in programs that explore and celebrate the creativity, the innovations, the personalities, and the leaders who are shaping media. Through the global programs of its Media Council and International Council, the Paley Center also serves as a neutral setting where media professionals can engage in discussion and debate about the evolving media landscape. Previously known as The Museum of Television & Radio, the Paley Center was founded in 1975 by William S. Paley, a pioneering innovator in the industry. For more information, please visit paleycenter.org