The Program Will Release on the Paley Center’s Dedicated Channel on Verizon Media’s Yahoo Entertainment, on Thursday, May 13 at 10:00 am ET/7:00 am PT

“If you haven’t seen this show and you are a Karate Kid fan, it is a must watch series. This Cobra Kai panel is also a MUST WATCH, to hear what the cast and executive producers have to say about the making of the series and how it all came about. They also talk about the upcoming fourth season, so you need to get caught up on the prior three seasons. It is a total binge watching series.  It was awesome to see Ralph Macchio on this Zoom panel with co-start William Zabka and the rest of cast. Don’t miss the opportunity to watch them on The Paley Center for Media’s Paley Front Row presented by Citi.” Judy Shields, The Hollywood Times 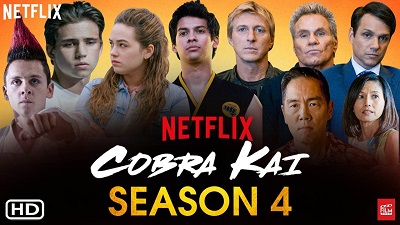 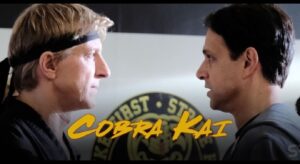 “The Paley Center is thrilled to continue our Paley Front Row presented by Citi series with the phenomenal cast of Netflix’s Cobra Kai,” said Maureen J. Reidy, the Paley Center’s President & CEO. “The riveting season finale left viewers eager to learn what comes next, and we know the show’s passionate fans are excited to hear from the cast during this highly anticipated discussion.”

Across its three seasons, Cobra Kai has captured the imagination of audiences and critics alike and cemented its place as a pop culture phenomenon, and one of the most addictive series on TV today. Season three’s gripping finale found Daniel (Ralph Macchio) and Johnny (William Zabka) putting aside their longtime feud to take on Johnny’s ex-mentor John Kreese (Martin Kove) and anticipation is already high for the next chapter in the Cobra Kai canon. The Paley Center is delighted to welcome members of the gifted ensemble cast and creative team for an inside look at the series impact and perhaps a sneak peek at what to expect in its upcoming fourth season.