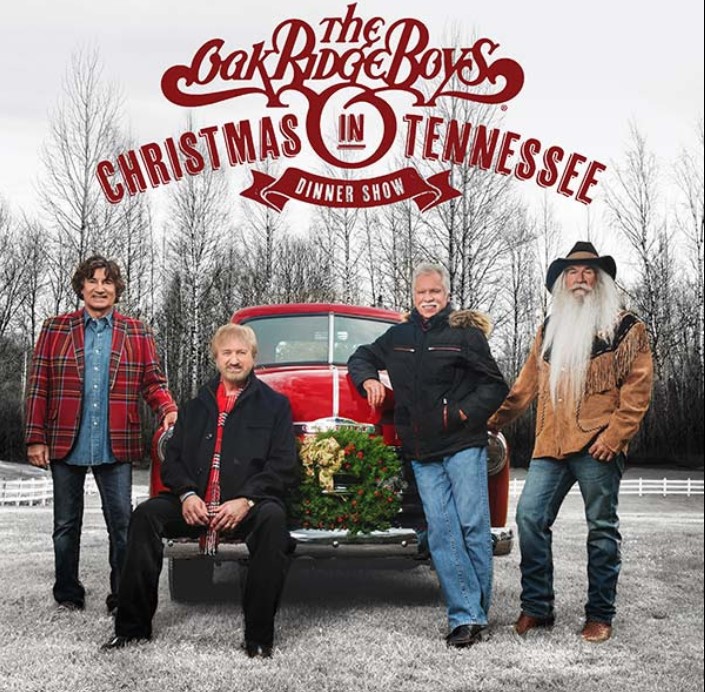 Rancho Cucamonga, California (The Hollywood Times) 11/24/2020 – “After decades of taking our big Christmas tour on the road, we are bringing it HOME in 2020. We’re counting our blessings for this opportunity and invite you to make the journey to Nashville to experience our annual musical tribute to all things Christmas at the fabulous Gaylord Opryland Resort.”  The Oak Ridge Boys’ Joe Bonsall.

The Hollywood Times had the great pleasure of speaking with Joe Bonsall this morning about the Oak Ridge Boys Christmas dinner show in Nashville. Listen to our conversation here:

GRAMMY® Award-winning and Country Music Hall of Fame members, The Oak Ridge Boys, will celebrate the holiday season at home this year with a 29-day residency at Gaylord Opryland, NOW through December 25, 2020. The Oaks Ridge Boys “Christmas in Tennessee” Dinner Show will feature a delicious holiday meal prepared by the resort’s culinary team followed by the Oaks and their band performing Christmas classics, new favorites and many of the timeless hits that shaped their legendary career.

Tickets and Packages
Overnight packages and tickets for A Country Christmas events including I Love Christmas Movies can be purchased at ChristmasAtGaylordOpryland.com and ILoveChristmasMoviesExperience.com. Advance online reservations are required for all ticketed events.

As the safety of its guests and STARS (employees) is of paramount importance, Gaylord Opryland’s A Country Christmas program has been developed in accordance with Marriott’s “Commitment to Clean” program and with enhanced protocols and social distancing measures. Programming will also operate in consideration with the latest local, state and federal legislation.

On the Road with The Oak Ridge Boys: 40 Years of Untold Stories & Adventures, a new book by Joe Bonsall, from Harvest House Publishers (2015). Order it on Amazon today and get an extra one or two for a family member or friend. It will make a great Holiday gift!

ENTOURAGE The Oak Ridge Boys’ tours are comprised of some 20 men, ten performers along with a road manager, stage manager, lighting and sound technicians, and other crew.

A Piece of History
Theirs is one of the most distinctive and recognizable sounds in the music industry. The four- part harmonies and upbeat songs of The Oak Ridge Boys have spawned dozens of Country hits and a Number One Pop smash, earned them Grammy, Dove, CMA, and ACM awards and garnered a host of other industry and fan accolades. Every time they step before an audience, the Oaks bring four decades of charted singles, and 50 years of tradition, to a stage show widely acknowledged as among the most exciting anywhere. And each remains as enthusiastic about the process as they have ever been.  “When I go on stage, I get the same feeling I had the first time I sang with The Oak Ridge Boys,” says lead singer Duane Allen. “This is the only job I’ve ever wanted to have.”

“Like everyone else in the group,” adds bass singer extraordinaire, Richard Sterban, “I was a fan of the Oaks before I became a member. I’m still a fan of the group today. Being in The Oak Ridge Boys is the fulfillment of a lifelong dream.” The two, along with tenor Joe Bonsall and baritone William Lee Golden, comprise one of Country’s truly legendary acts. Their string of hits includes the Country-Pop chart-topper Elvira, as well as Bobbie Sue, Dream On, Thank God For Kids, American Made, I Guess It Never Hurts To Hurt Sometimes, Fancy Free, Gonna Take A Lot Of River and many others. In 2009, they covered a White Stripes song, receiving accolades from Rock reviewers. In 2011, they rerecorded a thirtieth anniversary version of Elvira for a Cracker Barrel Old Country Store project.

The Oak Ridge Boys have appeared before five presidents. And they have become one of the most enduringly successful touring groups anywhere, still performing some 150 dates each year at major theaters, fairs, and festivals across the U.S. and Canada. They did it with a consistently upbeat musical approach and terrific business savvy.

They also proved themselves to be capable and tireless advocates of charitable and civic causes, serving as spokesmen and/or board members of fundraisers for the Boy Scouts of America, the National Committee for Prevention of Child Abuse (now, Prevent Child Abuse America), Feed The Children, the National Anthem Project and many more.

The group’s first personnel change in many years occurred in 1987 when Steve Sanders, who had been playing guitar in the Oaks Band, replaced William Lee as the baritone singer.

Late in ‘95, Steve resigned from the Oaks and exactly one minute after midnight on New Year’s Eve, Duane, Joe and Richard surprised a packed house at the Holiday Star Theatre in Merrillville, Indiana, by welcoming William Lee on stage and back into the group. The hit makers were finally together again! The Oaks’ high-energy stage show remains the heart and soul of what they do, and they refine it several times a year, striving to keep it fresh well into the future. 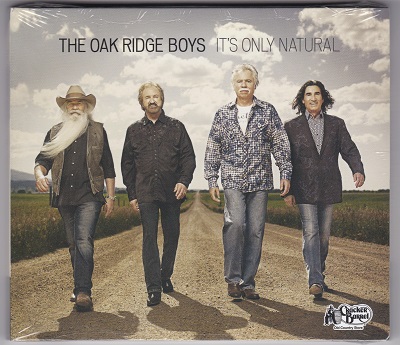 In 2011, Cracker Barrel Old Country Store asked The Oak Ridge Boys to record an album with a blend of previously recorded and brand new songs. The result was It’s Only Natural, a twelve-track CD with seven rerecorded hits, including the group’s multi-platinum, Country-Pop hit Elvira, and five new songs. Veteran Oaks’ producer Ron Chancey returned to the studio with the group to produce Elvira and two new songs, and the team of Duane Allen and Michael Sykes reunited to produce the remaining nine. The album debuted on September 19, a month after the Oaks were inducted into the Grand Ole Opry. While the combination of Oak Ridge Boys and Cracker Barrel is “only natural,” the Oaks stretched—yet again—and invited YouTube sensation Keenan Cahill to join them on what would become a viral music video for their first single from the project.

What’cha Gonna Do? was released to country radio in November 2011 and received widespread acceptance on national grass roots and Music Row charts. In early 2014—forty-one years after Duane, Joe, Richard, and William Lee first stepped onstage together as a group—they celebrated 41 million, RIAA-certified records sold by signing a new record deal with Los Angeles-based Cleopatra Records. Their first release from Cleopatra, Boys Night Out, is a 14- song live project, which was released April 15, 2014. It’s the first live country hits recording ever to be released by The Oak Ridge Boys as they continue to make history. 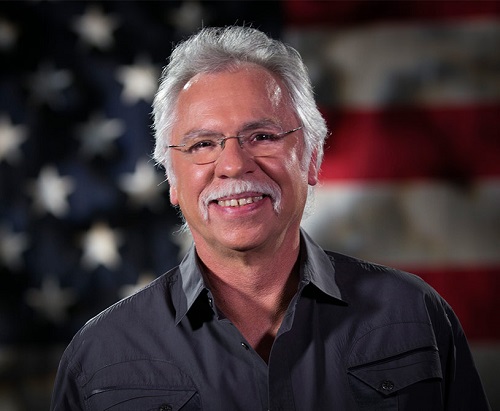 Joe’s Philadelphia, Pennsylvania, background shows through clearly in his love of the Philadelphia Phillies. According to him, “I live and die with the Phillies, no matter where they are. 1993 was great for me; one of the highlights was going home to Philadelphia and taking my parents to two World Series games. That was so cool.” Now a Nashvillian for almost four decades, Joe is also a Tennessee Titans football fan. He and his wife Mary attend Titans’ games whenever he is in town. Joe is an avid writer and songwriter. He became a published children’s book author in 1997 with The Molly Books, a four-book series published by Ideal’s Children’s Books. In 2003, New Leaf Press published G. I. Joe and Lillie: Remembering a Life of Love and Loyalty, an inspirational biography Joe penned about his parents. His song by the same name was included on the Oaks’ Colors album, released the same year. A music video of the song reemerged in the summer of 2009 and became a YouTube phenomenon with more than five million views.

Joe also wrote the title song to the Oaks’ The Journey album, as well as the text for the Oaks’ coffee table book, An American Journey. New Leaf also published his Christmas story, An Inconvenient Christmas. In September 2010, Journey Press, a division of Sheaf House, released his latest hardbound book, From My Perspective, a collection of commentaries, stories and other writings. Christmas Miracles, a collection of short stories and commentaries, originally published in 2008, was updated in 2012. For relaxation, Joe retreats to his farm on the Tennessee-Kentucky state line and can often be found on his John Deere and Branson tractors mowing part of his 350-acres—or sitting on his front porch and playing his banjo, an instrument he has played for almost eleven years! He plays a step-out lead on the Oaks’ Rock of Ages CD. 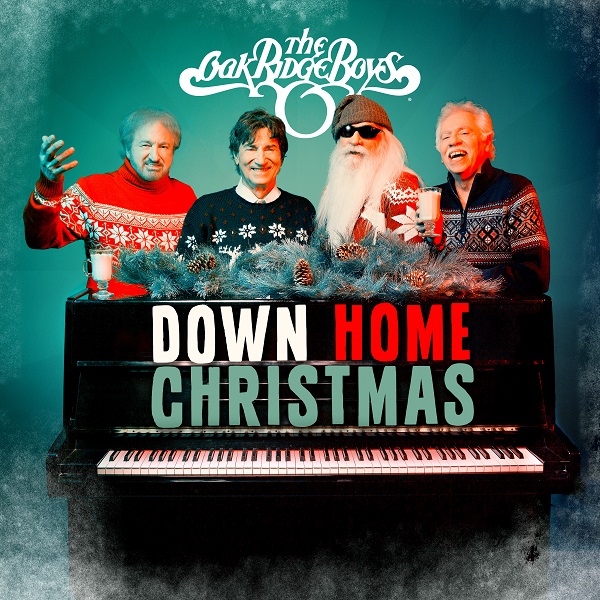 Joe has been singing since he was about four years old and, in his mid-teens fell in love with Southern Gospel music harmony. He joined the Oaks in 1973, just prior to the group’s emergence on the Country music scene. As with the other group members, much of his time is spent on the road performing, but Joe has found his own way to get the maximum possible enjoyment out of touring. “My life is really pretty simple,” says the Oak who is the principal spokesman on stage. “I go out there and try to sing the best I can and give them physically and mentally every single thing I’ve got. When it’s done, I go back to my room, call home, eat my pizza or sushi, get on my Apple laptop, watch the sports scores and say to myself, ‘Hey, I’ve done what I’m supposed to be doin’ and I feel great about it.’” Joe has two daughters, Jennifer and Sabrina; two grandchildren, Breanne and Luke; and one great grandson, Noah Chance. Joe and Mary also have five cats, Sunny, Sally Ann, Baybe’, Crockett, and Mitty. Joe’s personal web address is www.josephsbonsall.com. 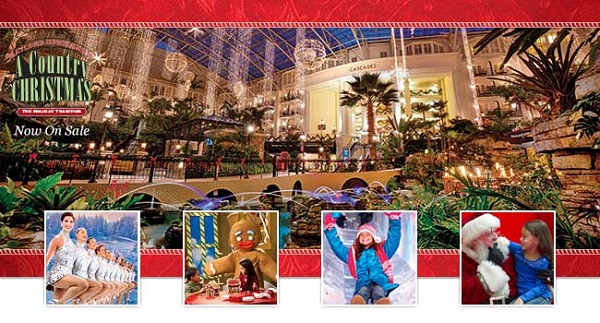