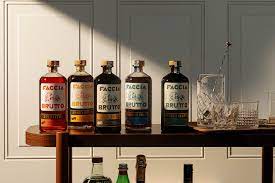 Los Angeles, CA (The Hollywood Times) 1/13/22 – The New York Distilling Company is on a mission to bring back the original craft distillery. And we have to say, they’re succeeding.

“The earliest distilleries in Brooklyn date back to the 1700’s,” reads their official site. “During Prohibition there were over 50,000 illicit stills in New York City. Since Prohibition however, the ethereal perfumes of distillation have been largely absent…until now.”

It’s a lofty goal, but one they don’t take lightly. “The New York Distilling Company builds on this dream by establishing one of the nation’s premiere craft distilleries.”

Judging by their Flask sets — perfect for stocking stuffers, Valentine’s gifts, and birthday offerings — the company is well on their way to greatness.

But it doesn’t stop there; their luscious Classic Flask Set includes their Dorothy Parker Gin tribute; Ragtime Rye; and Mister Katz’s Rock & Rye, a formula described by NYDC as the “rebirth of an American classic crafted from rye whiskey, rock candy, dried cherries, cinnamon, and citrus.”

Finally, the Gin Lover’s Flask Set presents a true delight for gin lovers, featuring Dorothy Parker Gin; Dorothy Parker Rose, a seductive twist on the original with red and pink rose petals and crushed elderberries; and Perry’s Tot, our sumptuous homage to M.C. Perry, commandant of the Brooklyn Navy Yard, and the first “Navy Strength” gin in the USA.

Priced between $55-$75, NYDC’s Flask Set offerings are simply irresistible. Whichever flask set you decide on, we suggest ordering at least two. If you plan to give one away, you’ll find that you simply can’t unless you have another one on hand to enjoy for yourself.