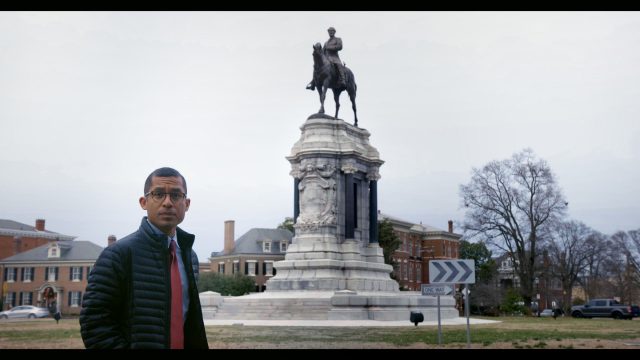 Los Angeles, California (The Hollywood Times) 6/18/2021- Directed by CJ Hunt and Executive Produced by Roy Wood, Jr. THE NEUTRAL GROUND is an Official Selection of the 2021 Tribeca Film Festival’s Juneteenth Celebration and Makes its Broadcast/Streaming Debut on POV July 5, 2021. The Neutral Ground begins in 2015 as Hunt documents a raucous New Orleans City Council meeting about the removal of four Confederate monuments. It quickly becomes apparent just how divided white and Black residents are on the meaning of the city’s statues. This tension between what to Hunt seems obvious – that the statues should be removed – and the fervor with which so many people oppose this view opens an opportunity for him to try and understand the mythology of the Confederacy and why Americans are willing to put so much on the line to guard its stone remnants.The Hollywood Times spoke with CJ Hunt. 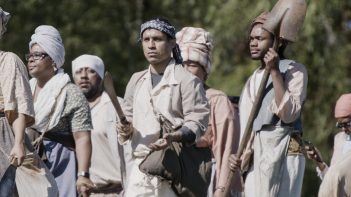 Take us back to 2015, when a New Orleans City Council meeting led to the removal of four Confederate monuments.

Some still think of confederate monuments as a debate that “flares up” every few years. But communities of color have resisted Confederate monuments since they were erected. In the 1870s Frederick Douglass was throwing shade at these “monuments of folly.” At the 1890 unveiling of Richmond’s Lee monument, the black editor of The Richmond Planet announced the black man “was there to put up the Lee monument, and should the time come, he’ll be there to take it down.” When public acts of racist violence get bad enough, a small window of consensus opens up, and the rest of America can briefly see what black people have seen all along. In the summer of 2015 the racial massacre of nine churchgoers in Charleston reopened that narrow window of consensus. While lawmakers dragged their feet, organizer Bree Newsome climbed up a flagpole and brought the confederate flag down from it’s perch over South Carolina’s capital. At the same time, the organizers that became Take Em Down NOLA were marching in the streets of New Orleans, burning a Confederate flag in Lee Circle, and demanding the removal of the white supremacists enshrined in all of the city’s highest places of honor. When the city’s white mayor Mitch Landrieu took the hint and demanded the removal of four monuments, suddenly the city council was the stage for a fight between two wildly different memories of the Civil War. As a comedian, I thought old white men terrified that moving a statue would destroy history would be perfect material for a comedy short. In some ways I was right. In most ways, I was wrong.

What did this time show you?

Many Americans still talk about race as if it’s an issue of winning hearts and minds. When we talk about ending violence against women, we don’t say “if only women and men talked more”. But with race, there is an illusion that we are always one good conversation away from a reconciliation that would make the writers of Green Book swoon. In the closing of our film, Take Em Down NOLA activist Angela Kinlaw proclaims “there can be no reconciliation without truth.” Filming the confederate monuments debate for six years has taught me just how resistant the nation is to telling the truth about its past. I say this at a time when over 2000 confederate monuments and memorials still stand. I say this writing from New York, where a monument to Columbus still towers against the skyline. I say this at the very moment republican Lawmakers nationwide are using state power to limit how slavery is taught in schools. This film isn’t just about confederate monuments. It’s about a larger question that has been with us ever since Frederick Douglass was talking smack about the first Confederate Monuments: can we tell the truth about this nation’s past?

Here’s a link to the trailer: https://youtu.be/zIlI064Q-qM

Why are Americans willing to put so much on the line to guard its stone remnants?

Most people don’t get hype about primary source documents. For most people, our attachment to history is really an attachment to nostalgia – to stories we grew up with, and the memories we attach to those stories. The Lost Cause is so successful because it shrouds the confederacy in nostalgia. It shrinks the entire Civil War – it’s politics, and it’s haunting legacy – into the experience of individual soldiers. Most students never read the founding documents of the confederacy (which talk non-stop about slavery). Instead, they read a letter Robert E Lee wrote to his wife about how much he loved Virginia. Instead, they hear about the poor individual southern soldier whose reasons for fighting have nothing to do with slavery. Can you name another war whose cause we judge by the individual motivations of soldiers? When people say “we can’t move these monuments because they’re history,” they’re showing just how effective ex-confederates were in writing their story into stone. 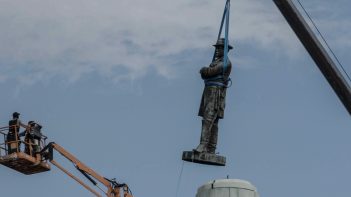 You made this film to fight against gaslighting. Tell us more.

One of the central aspects of being black in America is having white people tell you that racism does not exist. This is called gaslighting. It happens every time a politician tries to attract voters by claiming “America is not a racist country.” It happens every time a video of police killing an unarmed black man is met with the response “but why was he resisting?” And it lurks in the tired claim “the Civil War wasn’t about slavery.” It’s hard to hear any of this gaslighting without getting angry. And while some people go for a nice long run or write a think piece when they get angry, I turn to comedy. It often begins as a type of needling comedy meant to expose the hypocrisy and delusion of people who refuse to see white supremacy. 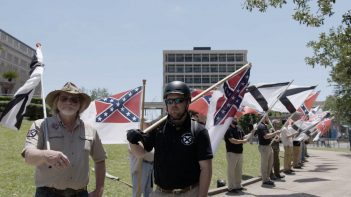 I’m sure some bigots can change. But it is not – as America often leads us to believe – our job to make them change. Convincing a single bigot or even a handful of bigots – which the dictionary defines as “A Breitbart” – that racism is bad, doesn’t actually make communities of color any safer. Instead, we should be focusing our energy on how to protect and empower those most oppressed by white supremacy. In the last year, over 100 confederate monuments have been removed. This isn’t because people figured out how to get through to bigots; it’s because people learned how easy it is to topple a statue with a rope and a group of good friends. At the same time, the state of Virginia has rewritten its curriculum to center teaching about slavery as the cause of the Civil War. You can get a hell of a lot done when you stop asking: how can I make racists change their mind? And you start asking: what can we do today to tell the truth out loud?

What are some of the stories told in your film?

My film begins with the story of how far some white New Orleanians will go to hang on to 130-year-old statues of slave owners. It also tells the story of the confederate widows who banded together after the Civil War to construct a type of propaganda effective enough to make people believe that statues are history and the Civil War was about states rights. The film tells the story of organizers in New Orleans and cities throughout the south attempting to uproot that propaganda and imagine something new in our public squares. And lastly, the film tells the story of a filmmaker who thought he was making a comedy short and ended up making an 82 minute film about America’s inability to tell the truth about what has and is still happening to black people. 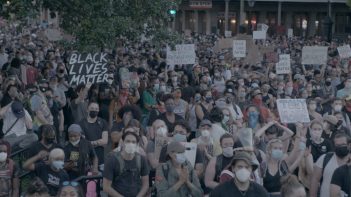 What is the truth?

The truth is this: The confederacy seceded to protect the institution of slavery. This is written in all of their founding documents. You can find these documents on a website called google.com. The only reason that well-documented truth is up for debate is because after the Civil War white northerners thought it was more important to realign with white southern insurrectionists than protect the newly freed black people responsible for winning the war. The truth is: we still live with that tension. Does America protect insurrectionists or the people of color who are still demanding the basic rights of citizenship?

Produced by American Documentary, POV is the longest-running independent documentary showcase on American television. Since 1988, POV has presented films on PBS that capture the full spectrum of the human experience, with a long commitment to centering women and people of color in front of, and behind, the camera. It was on POV that American television audiences were introduced to groundbreaking works like Tongues Untied, The Act of Killing and American Promise and innovative filmmakers including Jonathan Demme, Nanfu Wang, and Laura Poitras. In 2018, POV Shorts launched as one of the first PBS series dedicated to bold and timely short-form documentaries.

American Documentary, Inc. (AmDoc) is a multimedia company dedicated to creating, identifying and presenting contemporary stories that express opinions and perspectives rarely featured in mainstream media outlets. AmDoc is a catalyst for public culture, developing collaborative strategic engagement activities around socially relevant content on television, online and in community settings. These activities are designed to trigger action, from dialogue and feedback to educational opportunities and community participation.