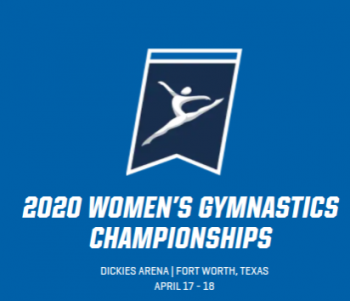 ESPN continues to raise the bar in NCAA Gymnastics coverage across its networks, with the “2020 NCAA Gymnastics Championship Final” making its broadcast debut live on ABC, SATURDAY, APRIL 18 (3:30-5:30 p.m. EDT).

In total, ESPN networks boast more than 50 hours of flips, full-outs and all-around action in 2020. Between the regular season, “Conference Championship Saturday” and the “2020 NCAA Gymnastics Championship,” more than two dozen meets featuring teams from the Big Ten, Big 12, Pac-12 and SEC will be available across ABC, ESPN, ESPN2, ESPNU, SEC Network and SEC Network+. 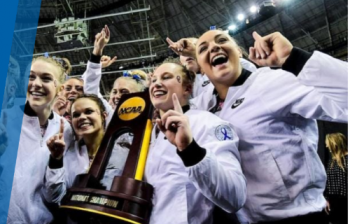 Defending national champion Oklahoma will bookend ESPNU’s regular season slate, as the Sooners are primed for a prime-time meeting with Arizona State on Saturday, Jan. 11, at 6:30 p.m. EST and OU hosts NCAA finalist Denver on Saturday, Feb. 29, at 12:30 p.m. EST.

For the third straight season, ESPN will carry college gymnastics on Super Bowl Sunday, with a Southeastern Conference showdown set between Auburn and Georgia at 4:00 p.m. EST on Sunday, Feb. 2.

SEC Network’s “Friday Night Heights” franchise returns in 2020, with a record nine consecutive weekends of high-flying action from around the conference beginning on Friday, Jan. 10. Viewers will be treated to three “Friday Night Heights” tripleheaders on SEC Network and ESPN2 featuring SEC squads during the 2020 regular season, including the first two weeks of the season. In total, SEC Network and SEC Network+ will showcase 19 live meets in the 2020 season.

Tripleheaders include the following match ups:

ESPNU and SEC Network are teaming up once again to close out the regular season with “Championship Saturday” on Saturday, March 21. The “Big 12 Gymnastics Championship” will be carried live in prime time at 7:00 p.m. EDT, with the champion being crowned on ESPNU.

For the fifth consecutive year, the SEC Gymnastics Championship will be telecast live, with the 2020 edition airing exclusively on SEC Network. Coverage of the afternoon session flips on at 3:30 p.m. EDT with the evening session tumbling along at 8:00 p.m EDT.

As always, every meet on ESPN networks is available via the ESPN App on connected devices.