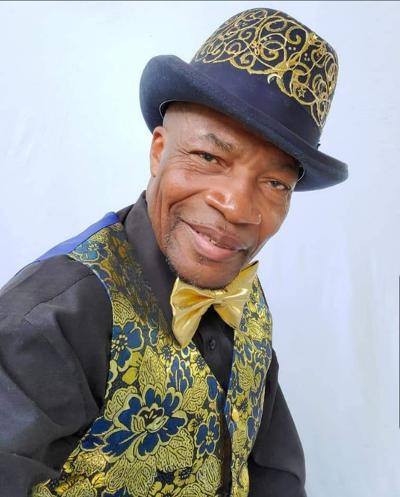 An autobiography of a man who has gone through life’s trials and has made it to the other side.

Hollywood, California, (The Hollywood Times) 01/30/2021 – When life gives you lemons, make lemonade is a proverbial phrase used to encourage optimism in face of trials and misfortune. For Nate Moran it became his life’s mantra. While being in the service for many years, it became clear to Moran that he had an alcohol problem that ultimately led him to becoming homeless on the streets of NYC. For 29 years Moran struggled with this condition until the staff at Northport VA Hospital helped him defeat this demon and led him onto the road of recovery.  Now, Moran is pursuing his life as an entertainer and goes by the name Nate the Mime.

“The first year I started to mime and do interpretive dance was in 2011, which makes it a decade for me being a mime. I did tap, jazz, and other dance forms. I wanted to take my dance, my energy, every bone in my body to inspire people to never give up. I saw a lot of people, especially when I was homeless, give up. They would claim that society wouldn’t help them so why would they help themselves. It doesn’t matter if you are rich or poor, famous or not, everyone at some point feels like giving up. Therefore, it’s not about how much money you have in your pocket but about how much will power you have to keep going,” explained Moran.

With so many life experiences under his belt, Moran decided to share what he learned through those experiences in his new book “The Mime Speaks”.

“My book is about my mistakes that I have made, my good and bad points in life, and the trials that I had to endure to see myself through to the other side. As a homeless veteran, I went through many trials in life and I wanted to share my story to inspire people. Many people are without hope and society has pushed them down so bad that they have lost the will power to get back up. So, I am sharing my story to help those that have gotten knocked down and help the world see that hope once again,” said Moran. 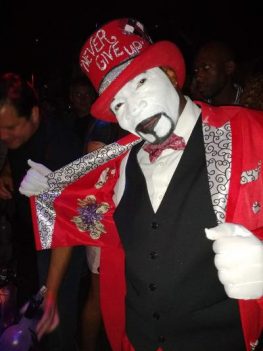 “I like the stage, the energy, and the ability to network with so many different people. I would love to add an agent and manger onto my team, however there are a few requirements that I have. They would have to be humble and love the craft. There are so many people who are in this business for the money and I am not interested in just that aspect. Even with this book, when I was talking to my publisher, I told her that I would be content with just five to ten dollars as long as the book got into the hands of people who really need to hear the message that is within the pages,” explained Moran. “If I get paid then it’s a bonus. I am doing what I love and that in itself is payment already.”

Throughout his life, Moran has had role models that he looked up to. They were the great dancers from back in the day; Cab Calloway, Fred Aster, and Ginger Rodgers to name a few. These dancers really sparked a light in Moran which led him to pursue a life in dance.

“I have been dancing from a young age and I grew up wanting to be a great dancer like Fred Aster,” exclaimed Moran. “When these dancers came out in their tuxedos, you knew they had a talent worth watching. Just like a sports fan can list all his favorite players, teams, and who’s the number 1 draft pick, I was like that with my dancing.” 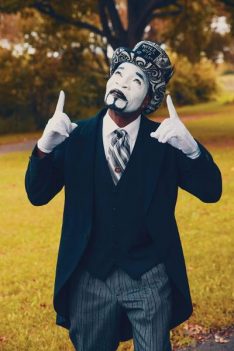 Moran works with a nonprofit organization called Rilyc. Rilyc.com is a nonprofit community and arts center, dedicated to creating tomorrow’s leaders through the arts. It started in 2005 with the Rilyc Open Mic Stage and has provided an arts stage to the community for 10 years.

“I work for the Rilyc After School Program at Casa Guadalupe in Leigh Valley with Linda Vega. We teach the children how to draw, how to preform spoken word, how to write poetry, and I teach them how to mime. Many of these students are also doing dance because of me, and it is such a great feeling that I can pass on my love for dance with these amazing individuals. I try to instill in this younger generation the need to keep their passions alive. I want them to keep that fire burning in their souls because that’s their trump card. It might not turn out the way that they hoped, but as long as they have that thing that they cherish then life will be more rewarding in the end,” said Moran.

Currently, Moran is in rehearsal for a series called Dragon Squad Gangs of New York which is a movie series that combines the crime drama of The Sopranos with the fantasy world of Suicide Squad. They will be shooting a trailer first to shop around to potential clients in the entertainment business. Along with his filming, Moran continues to book miming events at weddings, parties, and fashion shows.

“I do mime off of Country Western, Rock in Roll, and whatever genre of music that presents itself,” claims Moran. “When I do mime, I listen to the lyrics of the song and then dance while bring the words to life. I do many different events and I am always willing to add more events to my schedule.”

Moran has a strong faith-based perspective on life. He has adopted the Never Give Up phrase as his logo in order to inspire others and keep their hope alive. When asked who his life manager is who states God.

“God is my manager. He has got me. Every time before I perform, I look up to heaven and say here we go. It’s me and you. Let’s do this,” expressed Moran.