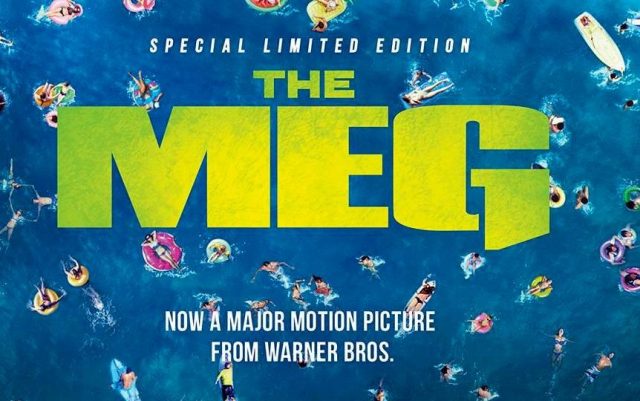 August 9, 2018, Los Angeles, CA (The Hollywood Times) – Could the deepest most unexplored ocean trench in the world harbor the most terrifying creature ever to have existed?

The MEG, written by international best-selling author Steve Alten, tells the story of navy deep-sea pilot Jonas Taylor, who seven years earlier found himself on a top-secret dive in the Mariana Trench seven miles down in the western Pacific Ocean. Life exists in this 1,500 mile long gorge thanks to hydrothermal vents which create a warm layer along the bottom. Taylor comes face-to-face with the species occupying the top of this abyssal food-chain — Carcharodon Megalodon — the 70-foot, 70,000-pound prehistoric cousin of the great white shark.

Taylor narrowly escapes, but his actions cost the lives of two scientists as well as his career. His claims are dismissed as mere aberrations of the deep, but Taylor knows what he saw, and when an opportunity to return to the trench to collect an unfossilized Meg tooth presents itself years later, he’s intent on retrieving it to prove his naysayers wrong. Instead, man’s presence in the abyss causes one of the creatures to escape — a pregnant female — and now the race is on to capture it.

On August 10, movie lovers and admirers of toothy mayhem will feast on The MEG, the blockbuster movie adaptation of Steve Alten’s international best-seller, starring Jason Statham and Ruby Rose. 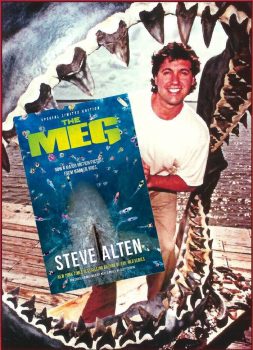 To coincide with the movie, A&M Publishing is releasing an all-new special edition of his terrifying page-turner, The MEG, upon which the movie is based.

Steve Alten is the NY Times bestselling author of 18 thrillers, including the MEG series. He is also the founder and director of the nonprofit Adopt-an-Author teen reading program. For more information, please visit www.stevealten.com.

The MEG
A&M Publishing
Release date: July 3, 2018
ISBN: 9781943957088
The MEG limited edition available only at SteveAlten.com.
All other MEG series books available from all booksellers