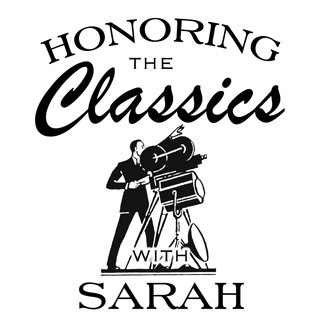 Los Angeles, CA (The Hollywood Times) 1/31/2019 – Upon watching the 1931 Universal classic Dracula, people are bound to see an estranged man staring into the camera, creepily climbing the staircase of the Vesta’s hull as the crew stares down at him. A breathy laugh then escapes the mouth of Renfield, Dracula’s assistant. The name of the actor who created the role of Renfield is Dwight Frye. Far ahead of his time as a method actor, many film historians study Frye to this day based on the impact he has made to audiences playing roles that of disturbed psychiatric patients, later inspiring the character of Igor in today’s films.

I had the privilege of interviewing film historian Gregory William Mank, co-author of Frye’s autobiography, Dwight Frye’s Last Laugh (1997) to learn more about Dwight and his impact on film history.

Growing up watching horror films, Renfield in Dracula specifically caught the eye of Mank. From the impact Renfield made on audiences worldwide, he knew he wanted to know all about who the man was behind the character and the iconic maniacal laugh that mesmerized audiences up till today’s era.

“It’s so creepy almost musical, like a bad song he is singing. First time you hear it, your hair stands up on your neck. He made a huge impact on Dracula, and he was quite a sensation on screen. His son said that wasn’t his natural laugh, of course,” Mank said.

Frye only had one son with his wife, whom he met while on Broadway, Laura Mae Bullivant, and that is Dwight David Frye. Mank personally knew the son, being a contributor to his father’s book, and Mank said that if you saw the son standing on a street corner coming towards you, you would see a huge resemblance of his dad in him.

“They did look alike. He was very modest in stature and had the same head shape. Dwight Frye had a lot of fire burning inside of him. His son didn’t have that. He was very low-key and soft-spoken, but his father was more fiery inside,” added Mank.

Unlike being on stage like his father, Dwight David Frye was a troubleshooter in the theatre for Man of La Mancha as a production assistant and director. He was in the ensemble and eventually stayed in the show. He would troubleshoot productions all over the world and was a jack-of-all-trades in supervising. He was more behind the scenes, while his father was more onstage.

Frye’s parents, Charles and Ella Fry (Dwight later changed his last name with an ‘e’ as a stage name) then  pushed their son to accept a secretarial position at Denver business firm. However, as an expert piano player, Frye, in 1913, fell in love with acting upon appearing in his high school’s (Denver’s West Side High school) play The Honeymoon. His drive to become a professional actor started to grow.

Dwight Sr. made his debut through Broadway starting in 1922, where he met the infamous Frankenstein actor Boris Karloff. Karloff had made his debut at the Fulton Theatre where Frye starred in Sitting Pretty and Keeper of the Keys. Working in almost every Universal Horror Classic with Karloff, the two together defined the true modesty and integrity of an actor.

“Boris Karloff always was his preference to work with because of Frankenstein. He always killed Dwight in the films, and he had a great sense of humor. James Whale is another one because he gave small roles to Dwight, and any type of work was great for Dwight. Bela Lugosi was very remote with him. He was too much into life in Hollywood, but Dwight was very removed from it all. It was unusual because he was a little suspicious of Hollywood lifestyle, which is ironic,” according to Mank.

Lugosi, who also worked with Frye on Broadway, starred and met with Frye for the first time in the Tom Cushing comedy The Devil in the Cheese (1926), which happened to become Lugosi’s first Broadway hit. Running 165 performances (One of Dwight’s longest-running Broadway hits), Lugosi had soon won his infamous role as Dracula, opening October 5, 1927, at the Fulton Theatre. Four years later, Frye and Lugosi would cross paths again for Dracula in 1931.

Frye grew to become a perfectionist in his craft, particularly due to having trained on stage working with many stars, such as Karloff and Lugosi, and the Hollywood business attitude. His approach to method acting was so brilliant, that it created an illusion that hypnotized audiences to continue to want to watch him.

“He was very into what he worked on. He was very ahead of his time. He would hypnotize himself, and years later that became the norm; That emersion into the role and sinking into the character. He wore it all day, and he had a very passionate approach. He did it so well it was hard for them accepting that, and it was hard for him to continue that. When he was let out of the cage, Renfield was created through that. He did his job too well,” Mank added.

Frye even scared his costars backstage and around the set once immersed into his roles. On the set of Frankenstein, Frye would creep around the sound stage with his hump on his back. Co-star Mae Clark, who plays Elizabeth in the film, remembered Frye as being “quiet, charming and might even make a joke… Dwight between takes was (In Mae’s words) “sometimes more frightening than the Monster,” (107).

While frightening his co-stars around the set, Dwight also had many significant and memorable deaths on the screen that even gave chills to audiences. Throughout the different roles he played, Frye was described with the names “The Man with the Thousand-Watt Stare” and “The Man of a Thousand Deaths,” but his most significant death is in Universal’s Bride of Frankenstein.

“Wonderful death scene. He tries to get the monster with the torch and there is howling. All great things until he falls off of the tower. It was very graphic and Joseph Breen, the Censor for Production, wanted to take it out because it was too violent for audiences. James Whale said, “No way,” Mank said.

Aside from Bride of Frankenstein, Frye had other deaths in Frankenstein Meets the Wolf Man, Ghost of Frankenstein, and The Crime of Dr. Crespi. Frye’s death not only consisted of the violence that some audiences were disturbed over, but they taught morality between the senses of good vs. evil. Frye followed in the religion of Christian Science and ironically played roles that depicted the opposite of his religion. As compared to more recent times, Frye let loose and overreacted in a way that has allowed audiences to ponder his crazy intensity as these characters and think, “Wow. He is really into it.”

“He saw a distinction between entertaining people in entertainment and religion. He felt a detachment, and sadly no one took his roles seriously,” Mank said.

Frye later began to find himself more typecast as time went on, and struggled to find roles during the WWII era. His name was billed less, and his son was quoted as saying that his “father was afraid to leave the telephone, for fear his agent would call for a job – and he’d miss it.”

Dwight then broke off with his agent because “he thought the agent wasn’t doing the job for him. Frye knew how good he was himself and was wasted. He had an enormous amount of frustration, which could have lead to the heart attacks he had,” Mank added.

To persevere through the frustration, Frye would come home and play the piano and paint. His paintings were of flowers on glass, which he would then frame, and paint standing screens around the house. To support his family in the midst of searching for roles, he worked at Douglas Aircraft.

“It was, later on, he got a sadly realistic attitude, and he wouldn’t talk about his roles. He would call his mom and say, “Working 2 days at Universal,” as a utility character. He was working to support his family. He was rarely asked for autographs. If he had a better agent, yeah, he would have been recognized more. He would be like, “Well it’s not recognized or making an impact, so I’ll go with the flow.” The son was astounded that he had fans after death,” Mank said.

The last starring role Frye was offered was for the 1944 feature film Wilson, playing the role of Secretary of State Newton Baker. Playing a normal historical figure and not that of a maniacal one, this film gave Frye the opportunity to branch out in his film work. However, on November 7, 1943, after taking his family to the Hollywood Pantages Theatre, Frye fell ill and passed away quietly at 11:15 p.m. that night of coronary thrombosis.

If Dwight had lived a longer life, Mank, along with many fans, claims he could have played many of the roles in some of the most famous Hollywood movies. “He was so much like Joaquin Phoenix in Joker (2019). It’s that kind of part for Dwight, in these disturbing roles, that would be the best if he lived. He was so spooky and it was hard to imagine anything not spooky. He would probably still play a psychiatric type of character. Jack Nicholson did such as in The Shining (1980), One Flew Over the Cuckoo’s Nest (1975), and more recent roles. He had handicaps, however; his size and height, and he was not a leading man either. Nicholson goes crazy in The Shining, and I can picture Frye doing that.”

Behind all of the makeup and method acting, Frye was a man built of natural talent, hard work, and passion. Although he never received the proper attention and his name was rarely billed on screen, his roles – Renfield, Karl, Fritz, Herman, and even Dr. Thomas, etc., – proved that there was something special about him.

“I wish more people knew about him because they’d enjoy him. He proves a lesson in life. He is a remarkable man, and he knew he was and knew what he had to offer. He wanted to show everyone what he was capable of doing. He kept trying right up to the end of his life (with Wilson). His life is a good story…very reduced, badly treated, and he stuck there. He was very enthused with Wilson until his death,” Mank said.

Historian Mank would like Frye to be remembered, “As a very intense actor who played unforgettable roles, such as Fritz. He brought passion to his work and had an overdose of his passion. He was an incredibly typecast actor. He was too good for his own good. His life’s fate was a great tragedy.”