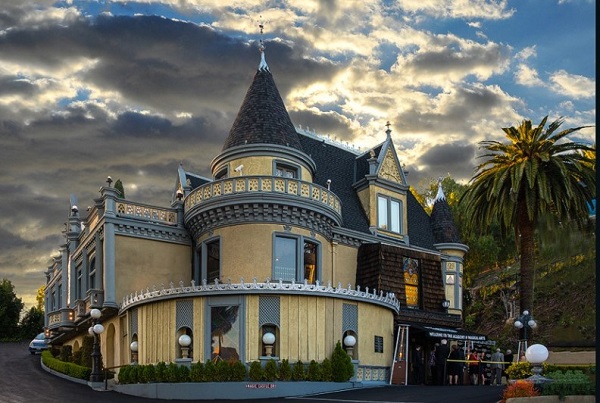 Bringing a Little Magic Back to Los Angeles, May 21st

The private club will initially operate at reduced capacity—open Friday, Saturday and Sunday evenings—welcoming its members and their invited guests for fine dining and entertainment, strictly observing COVID-19 compliant guidelines. To allow members adequate opportunity to access the Magic Castle, guest passes will not be accepted during the initial phase of this reopening.

The popular Dine & Delight to-go dining program—launched during pandemic restrictions—will continue to operate for the time being on Wednesdays and Thursdays. Orders may be placed at www.MagicCastle.com

Commented Randy Sinnott, Jr., president of the AMA’s Board of Directors, “We are thrilled to take the initial step of re-opening our doors and welcoming our members back to their magical clubhouse. As COVID restrictions decrease in the coming weeks and months, the club will continue to carefully and responsibly expand operations to the extent possible and begin to accept guest passes as we bring magic back to the lives of Angelenos.”

During the pandemic, the AMA continued to strive to share its magic with its members and the community, hosting dozens of virtual shows, each attracting hundreds of viewers; offering attractively priced meals from Executive Chef Alex Arrietta thru the Dine & Delight program; hosting outdoor dinners for members; teaching magic classes online; sponsoring virtual lectures and events for members; and lending its parking lot for Magic Asphalt, in-car comedy performances/dining.

About the Academy of Magical Arts, Inc.

The Academy of Magical Arts (AMA) is a unique non-profit. The AMA’s membership – including the world’s most pre-eminent and celebrated magicians and illusionists – lives by the “Magic First” creed, devoted to the advancement of the art of magic and preserving its history.  Its headquarters and private clubhouse, the Magic Castle, has been an internationally revered gathering place for the magic brotherhood since opening its doors in 1963. Located in historic Hollywood in an elegant, Victorian-era mansion, the Castle is an experience within itself—a remarkable meeting spot that captures a lost era and is timeless in its appeal, having hosted generations of magic enthusiasts from around the globe, as well as show biz elite from Cary Grant, Tony Curtis, Johnny Carson, Neil Patrick Harris and Jason Alexander (all performing members) to Katy Perry and Johnny Depp. The Magic Castle was founded by writer, actor, magician and entrepreneur Milt Larsen and his late brother, Bill Larsen, Jr.  Visit us online at: www.MagicCastle.com