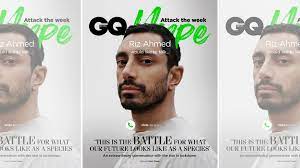 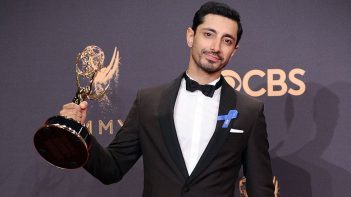 Hollywood, CA (The Hollywood Times) 12/1/21 – Last night November 30 at CineLounge in Hollywood was a screening of Aneil Karia’s award-winning documentary short The Long Goodbye (2020). This live-action short is a startling and intense example of modern cross-genre writing, aimed very much at a 21st century world. Part Magical-realism, (or magical-nightmare, horror), part improvised drama, and part music promo short, The Long Goodbye’s 12 minutes is a thrill ride that has garnered a number of prestigious awards at film festivals and won a Golden Lion for Best Short Fiction at Cannes 2021. Having received a major award at the recent Holly Shorts film Festival in Hollywood, the Long Goodbye is now on the qualifier list for this year’s Academy Awards. The film stars the highly talented actor Riz Ahmed, who co-wrote the film along with Aneil Karia. 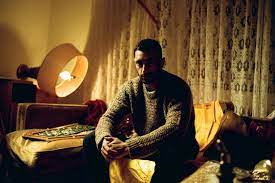 The Long Goodbye’s pace starts warmly, and very recognizably, in a normal house, not dissimilar to that of most middle-class families in Britain. The family is a typical family – a normal, warm, affectionate, teasing, connected, friendly family. However, this is a British Pakistani family, and suddenly, we come to realize that it is a bit different. Riz and his family are in the middle of preparing a wedding celebration when the events unfolding in the outside world arrive suddenly on their doorstep. Riz is busy carrying a chair upstairs at the request of his mother when he looks out the window to see the sudden arrival of a number of black vans with masked and armed vigilantes who soon break into the house and begin rounding up the family, dragging them outside at gun-point. Riz’s son is found in the back garden and pushed into one of the vans. Then the vigilantes who are dressed in stolen police uniforms begin firing their guns at the members of Riz’s family. The result is a devastating and visceral feat of filmmaking, and a poignant poetic cry from the heart.

Released to coincide with his album of the same name, Riz Ahmed has collaborated with WeTransfer and director Aneil Karia to create this haunting 12-minute short The Long Goodbye. Painting an unsettling and unfortunately believable picture of a dystopian future, where a British South Asian family are violently founded-up by a gun-toting gang, Ahmed describes the short as a piece about “being broken up with by the country they live in.” Ahmed elaborates: “It feels clear to me that this is very much grounded in reality, the reality of people’s fears, the reality of where we’re at.” “What we’ve seen today goes through my head every day. It goes through the heads of all of my loved ones every day, and the heads of all of my friends who find themselves in a similar position of being broken up with by the country they live in.” At the Q&A that followed the screening of The Long Goodbye, Riz Ahmed and director Aneil Karia explained that the film is not meant to be interpreted as social realism. Rather it is a nightmare vision of a dystopian future that haunts many South Asians in Britain.

A visceral experience, whilst The Long Goodbye is propelled by Ahmed’s physical presence on-screen and that intense rap/monologue he delivers at the end, it is also a testament to the immersive filmmaking style of Aneil Karia, that injects everything he makes with a sense of urgency and intensity. Karia is a filmmaker with Indian roots, who “grew up in a bog-standard British town where I knew I wasn’t ‘British British,’” Karia says, adding that it was “a privilege to come and make something about being who we are.” Ahmed Riz stars in Karia’s short BEAT in 2013 and has worked on British television shows Pure and Top Boy. Karia’s first feature film Surge (2020) premiered at Sundance in 2021, where the lead Ben Whishaw won the World Cinema Best Actor Jury Prize. 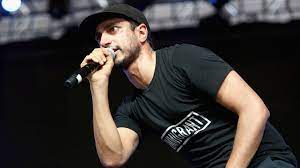 Riz Ahmed is a well-known British-Pakistani actor and rapper. The short film The Long Goodbye was released to coincide with Riz Ahmed’s album of the same name. Riz Ahmed describes the short as a piece about “being broken up with by the country they live in.” Most of us know him from his amazing performance as the deaf drummer in Sound of Metal (2019), after which he was nominated for an Academy Award, Golden Globe Award, and SAG nominee. He is the first Muslim to be nominated for lead actor at the Oscars, and the first to win a lead acting Emmy. Mogul Mowgli marked Ahmed’s production company Left Handed Films’ feature film debut. Co-written, starring and produced by Ahmed and directed by Bassam Tariq, the film was nominated for a 2021 BAFTA Award for Outstanding British Film. Next up, Ahmed will be seen opposite Octavia Spencer in Amazon Studios’ psychological thriller Encounter, directed by BAFTA-winning UK filmmaker Michael Pearce (Beast). 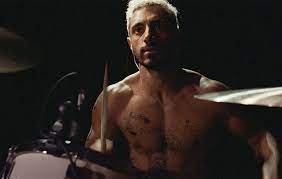 As a musician Riz Ahmed was formerly known by his stage name Riz MC. He has earned critical acclaim with the hip hop album Microscope and Cashmere, and earned commercial success with the US Billboard 200-topping Hamilton Mixtape, with his song “Immigrants (We Get the Job Done)” which won an MTV Video Music Award. His latest album The Long Goodbye was released in 2020. He is an activist and known for his political rap music. He has been involved in raising awareness and funds for Rohingya and Syrian refugee children.