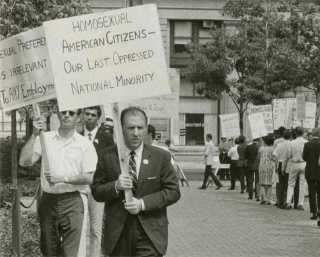 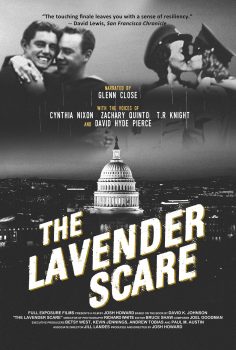 Hollywood, CA (The Hollywood Times) 6/1/19 – Lavender Scare – based on the acclaimed book by historian, David K. Johnson – is produced and directed by Josh Howard. The award winning documentary (narrated by Glenn Close) illuminates a little-known chapter of American history, and serves as a timely reminder of the value of vigilance and social action when civil liberties are under attack. It’s a fascinating look at a time, not that long ago when we look at the current political climate.

The documentary is a fascinating look at 60 years ago, on April 27, 1953, when President Eisenhower put his John Hancock on an executive order demanding that all gay and lesbian government employees be fired. The belief was that homosexuals were “security risks” and he vowed to rid the federal government of all employees discovered to be gay or lesbian. The government began to systematically – under the guise of moral order – to destroy people’s lives by getting them to admit they were gay or lesbian and then punish them without legal cause or recourse. There were no lawyers allowed, no due process of any kind, as government agents would show up and with information they obtained and would grill a man or woman until they admitted they were gay. Eventually, thousands of people were being hauled into secret meetings across America and many ended up in the newspapers without being arrested. Having been named publically, it ruined careers, lives, families and forced a group of people to hide. Homosexuals (more openly referred to as perverts or deviants) went deeply into the closet to protect themselves in military, government and daily jobs.

Or as wiki states: The lavender scare refers to a witch hunt and the mass firings of homosexual people in the 1950’s from the United States government. It contributed to and paralleled the anti-communist campaign known as McCarthyism and the Second Red Scare.

Some people committed suicide after being interrogated. The film revolves around four or five main stories – as the theme is consistent but the outcomes are different – in how each individual and their families coped. The longest witch-hunt in American history, tens of thousands of government workers would lose their jobs for no reason other than their sexual orientation.

The documentary covers the The Homophile Years – (1940’s-60’s) – WWII, Cold War and McCarthyism in its vilest and most dangerous times. When anyone would turn someone in if they thought that person might be gay (or a communist) to do their “civic duty.” It wouldn’t take the Stonewall riots in June 1969 to birth a true uprising and the Emergence of Radical Gay Liberation took hold, (1969-1970’s). A symbol of a new militance and a radical mass movement began with one man.

Frank Kameny didn’t started out wanting to be an astronomer, was in the military and teaching at Georgetown University, before an investigator from Civil Service Commission came calling. Kameny was fired for being homosexual and banned from ever becoming a federal employee. He didn’t hide like so many others. At a time when there were few movements to support, he opened his own version (with his friend Jack Nichols) of the Mattachine Society in Washington, D.C. Kameny had small pickets but held one outside the White House and decades later met President Obama, which is in the film. He’s heralded as the father of gay rights. His story and the ones of those who came forward in this film make it an educational event of what happens when people are deemed different. 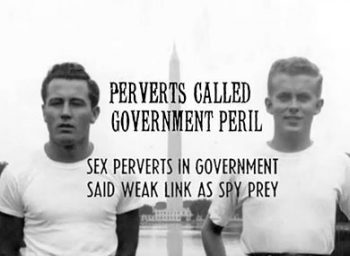 Lavender Scare is an important film to see and one that all ages should see. It’s an important teaching tool about the Gay Rights Movement in American history.

Open theatrically at Los Angeles (Laemmle Music Hall) on Friday, June 7, 2019 – timed to the 50-year anniversary of Stonewall, with a national release to follow.