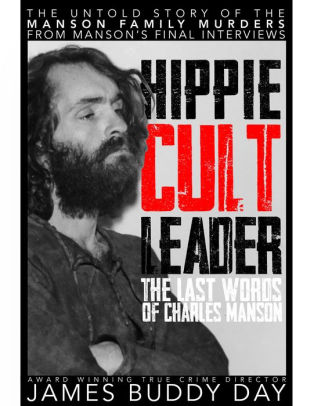 “I am just a reflection of every one of you.”–Charles Manson

That one call from the notorious Cincinnati-born murderer who made his killing fields in California led to another year’s worth of calls, an award-winning documentary, and now Day’s new book, HIPPIE CULT LEADER: THE LAST WORDS OF CHARLES MANSON.  Each chapter of the 272-page book is prefaced with rarely-seen black and white crime scene photos and mugshots.  The book concludes with useful descriptions of its key players, a timeline of their criminal acts, a select bibliography and filmography, acknowledgements, and photo credits.

The book is based upon hours of conversation with Manson, Manson family members and their attorneys, friends, and Manson prosecutor Stephen Kay as well as piles of transcripts, police records, and media coverage.  In it, Buddy Day seeks to discover an alternative motive behind the Tate-LaBianca murders which occurred nearly 50 years ago on August 8th and 10th, 1969. 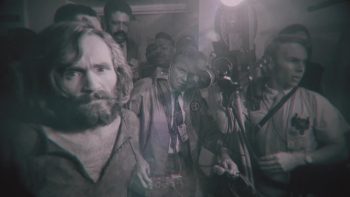 Day believes that revenge and happenstance had more to do with the Manson murders than the “Helter Skelter” race war theories circulated during the celebrated Manson Family trials in 1970 and 1971.  The author’s graphic descriptions, which may not be suitable for all readers, take us on a new path to understanding these horrifying acts of murder.

All four Tate-LaBianca defendants (Charles Manson plus Family members Susan Atkins, Patricia Krenwinkel, and Leslie Van Houten) were convicted of first-degree murder on January 25th, 1971.  In October 1971, Charles “Tex” Watson was also convicted of seven counts of first-degree murder.  Manson Family member Linda Kasabian was granted immunity from prosecution in return for agreeing to appear as the star witness for the prosecution. 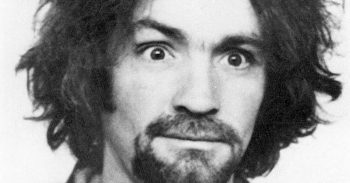 Shortly after the trial held at the imposing Los Angeles County Courthouse, all four Tate-LaBianca defendants received the death penalty.  On February 18th, 1972 the Supreme Court declared the death penalty unconstitutional, so the sentences were automatically commuted to life imprisonment.

As most THT readers will no doubt remember, Charles Manson died recently (and ironically) of completely natural causes on November 19th, 2017 at the age of 83 in a Kern County, California hospital.  He was denied parole a total of 12 times prior to his death. 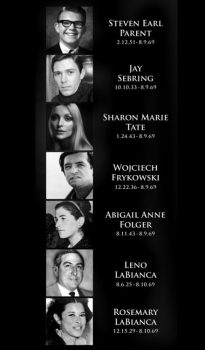 Manson’s most famous victim was Sharon Tate, the wife of acclaimed film director Roman Polanski.  Tate is played by beautiful blonde Australian actress Margot Robbie in the new Quentin Tarantino film ONCE UPON A TIME IN HOLLYWOOD starring Leonardo DiCaprio and Brad Pitt.

Bringing these long-past events into the present, Buddy Day describes his frustration over trying to assist Manson family associate Bobby Beausoleil with his bid for parole in 2018.  Beausoleil had been denied parole 18 times over the course of forty-nine years in prison.  The nineteenth bid was overturned by new California governor Gavin Newsom.

This raises the question as to whether the heinous actions committed by followers of the “son of Man” will ever be forgiven or forgotten.  For Manson, life was all about struggle and survival.

We are all conditioned to some extent by our experiences, and his were hardly favorable.  Those unlucky enough to share such circumstances might understand Manson better than most of us.

Nevertheless, the laws of society cannot allow the Mansons of the world to wreak havoc and try to turn it upside down.  Punishments must suit the crimes and allow for the possibility of remorse and reform in the real world generally governed by the rule of law.

Ideally, legal protection should come before crimes are committed rather than after.  Perhaps books like Buddy Day’s can show us the way to social measures that will prevent would-be Mansons from proliferating.