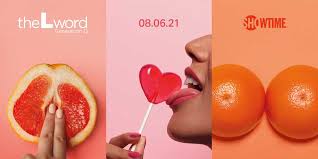 The L Word has always been an innovative show that features multiple queer experiences. It has tackled multiple story lines, ranging from LGBTQ individuals in the military, social class in LGBTQ communities, sexual abuse, gay marriage, interracial relationships, and other topics. In Generation Q, the show continues to break ground with innovative storytelling as it unpacks the lives and relationships of trans individuals. For example, the last show saw Micah navigate a relationship that ended in heartbreak.

Indeed The L Word is rich with representation and innovative story lines. In a recent interview Executive Producer and Showrunner, Marja-Lewis Ryan, told THT,  “The show is about love in all its forms. Friendships, romantic love, familial love, all of it . . .”. Indeed, the show does focus on love and relationships. Even the show’s fans have heavily impacted The L Word’s development. When asked about the extent to which fan input has affected how the show deals with trans characters, Ryan notes, “I was a fan, and I had big dreams about the trans characters on the show. So, in that way… a lot.” Ultimately, the show expresses a love for its fandom to ensure everyone is represented in, Generation Q.