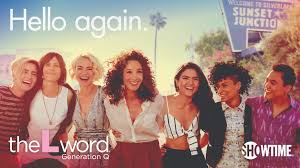 Los Angeles, CA (The Hollywood Times) 12/5/19 – Showtime’s The L Word isn’t exactly known for being low-key. So a world premiere for the new drama series sequel The L Word: Generation Q was appropriately held Monday evening at L.A. Live’s Regal Cinema with a star-studded afterparty at Hotel Figueroa–to keep up with appearances, of course.

The Human Rights Campaign (HRC) was proud to partner with SHOWTIME during the original run of The L Word, and is doing so again with the premiere of The L Word: Generation Q. HRC will be hosting premiere watch parties in 17 cities across the country this Sunday. To find an event near you, visit hrc.im/lword.

The L Word originally ran on the iconic cable network from 2004-2009, breaking barriers and turning heads across the globe.

A sequel to the jaw dropping original, this new series stars and is executive produced by Jennifer Beals, Leisha Hailey and Kate Moennig, who starred in the original series. Other stars include Arienne Mandi, Rosanny Zayas, Jacqueline Toboni and Leo Sheng.

The L Word: Generation Q features a fresh new set of lives, loves, careers, and challenges against the gritty but beautiful backdrop that is Los Angeles. In many ways, it’s themes feel modern and unique. In others, the issues are as timeless as love and sex themselves.

Premiering on SHOWTIME this coming Sunday, December 8th at 10 p.m. Pacific, the new series was created and executive produced by Ilene Chaiken. Marja-Lewis Ryan serves as executive producer and showrunner. 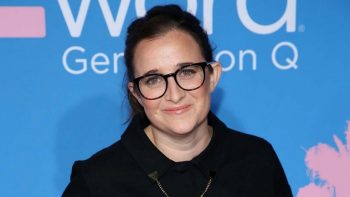 “We are thrilled to welcome you back into the world of The L Word: Generation Q” said co-writer Marja Lewis-Ryan, who took the stage before the premiere officially began.  “It’s incredibly exciting to see so many friends here.”

She noted that a lot has changed since The L Word had last been aired, but some very important things had remained steady. 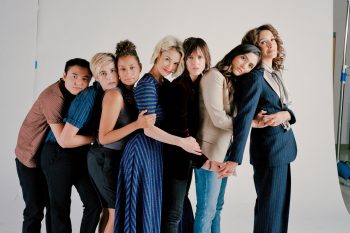 “Plenty has changed since The L Word went off the air in 2009,” she told the audience.  “Some of the rules for how we represent ourself and others have changed. Our pronouns might have changed. But one thing that’s remained constant, is that Showtime is the best creative partner and staunchest ally of the LGBTQ community that I or anyone could hope for.”

A vibrant red carpet and enthusiastically received premiere weren’t the end of the story. Partygoers spilled over to Hotel Figueroa to continue the celebration of all things L. The sequel, it seems, is just the beginning.