South Pasadena, CA (The Hollywood Times) 8/21/21 – Opening at the Fremont Centre Theatre in South Pasadena last night, August 20, is a new production of Oscar Wilde’s The Importance of Being Earnest, which Wilde himself subtitled “A Trivial Comedy for Serious People.” This classic farcical comedy was written by Oscar Wilde at the height of his career as playwright shortly before Wilde’s tragic downfall due to his affair with the young Lord Alfred Douglas. The play originally opened at the St. James Theatre in London in 1895 and had an early success, until Wilde’s notoriety caused the play to be closed after 86 performances. In the play, Wilde cleverly satirizes the social conventions of late Victorian London and trivializes marriage and the presumptions of the upper social classes. In this new production directed by Jack J. Bennett, the satiric edge of Wilde’s dialogue sparkles and we get to appreciate the duplicity, hypocrisy, and class snobbery of the characters. The crisp banter snaps and crackles with a force that would shape many 20th century film comedies, especially in the age of screwball comedies of the 1930s and 1940s.

Jack Bennett, the director of this production, has had a long career as an actor and theatre director. The Importance of Being Earnest runs August 20 – September 24, 2021. Fridays at 7:00 p.m. Saturdays at 2:00 and 7:00 p.m. ADMISSION: All seats $30.00. In addition to the live, in-person performances, the show will also be livestreamed, with a livestream family pass available for $40.00. The Fremont Centre Theatre owners and co-artistic directors Lissa and James Reynolds are also producers of the YoungStar Theatre, run by the Fremont Centre Theatre in South Pasadena.

The Importance of Being Earnest is the most popular of the comedies written by Oscar Wilde. Though Wilde deployed characters that were by now familiar – the dandy lord, the overbearing matriarch, the woman with a past, the puritan young lady – his treatment is subtler than in his earlier comedies. Lady Bracknell (played by Tamarah Ashton) embodies respectable, upper-class society, but here Wilde changed her from being the familiar overbearing duchess into a quirkier and more disturbing character. Lady Bracknell is first and foremost a symbol of Victorian earnestness and the unhappiness it brings as a result. She is powerful, arrogant, ruthless to the extreme, conservative, and proper. In many ways, she represents Wilde’s opinion of Victorian upper-class negativity, conservative and repressive values, and power. Her opinions and mannerisms betray a careful and calculated speaking pattern. She is able to go round for round with the other characters on witty epigrams and social repartee. Despite her current position, Lady Bracknell was not always a member of the upper class; she was a social climber bent on marrying into the aristocracy. As a former member of the lower class, she represents the righteousness of the formerly excluded. Because she is now Lady Bracknell, she has opinions on society, marriage, religion, money, illness, death, and respectability. She is one of Wilde’s inventions to present his satire on these subjects. 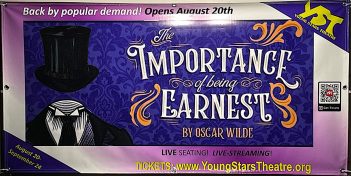 The two young men, who we first meet in Act I, Jack Worthing (Austin Hall) and Algernon Moncrieff (Adam Landsam), are not stereotypical upper-class Londoners but intelligent beings who speak very much like Wilde himself in well-formed complete sentences and rarely use slang or vogue-words. The play’s protagonist. Jack Worthing (played by Austin Hall) is a seemingly responsible and respectable young man who leads a double life. In Hertfordshire, where he has a country estate, Jack is known as Jack. In London he is known as Ernest. Later in the play, we learn that Jack was discovered in a handbag in the cloakroom of Victoria Station by an old man who adopted him and subsequently made Jack guardian to his granddaughter, Cecily Cardew. Jack is in love with his friend Algernon’s cousin, Gwendolen Fairfax.

The play’s secondary hero. Algernon is a charming, idle, flashy-dressing nephew of Lady Bracknell, cousin of Gwendolen Fairfax, and best friend of Jack Worthing, whom he has known for years as Ernest. Algernon is brilliant, witty, selfish, amoral, and given to making delightful paradoxical and epigrammatic pronouncements. He has invented a fictional friend, “Bunbury,” an invalid whose frequent sudden relapses allow Algernon to wriggle out of unpleasant or dull social obligations. Like Jack’s fictional brother Ernest, Bunbury provides Algernon with a way of indulging himself while also suggesting great seriousness and sense of duty. However, a salient difference exists between Jack and Algernon. Jack does not admit to being a “Bunburyist,” even after he’s been called on it, while Algernon not only acknowledges his wrongdoing but also revels in it. 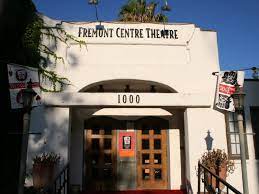 Algernon’s delight in his own cleverness and ingenuity has little to do with a contempt for others. Rather, his personal philosophy puts a higher value on artistry and genius than on almost anything else, and he regards living as a kind of art form and life as a work of art – something one creates oneself. Algernon is a proponent of aestheticism and a stand-in for Wilde himself, as are all Wilde’s dandified characters, including Lord Goring in An Ideal Husband, Lord Darlington in Lady Windermere’s Fan, Lord Illingworth in A Woman of No Importance, and Lord Henry Wootton in The Picture of Dorian Gray. Unlike these other characters, however, Algernon is completely amoral. Where Lord Illingworth and Lord Henry are downright evil, and Lord Goring and Lord Darlington are deeply good, Algernon has no moral convictions at all, recognizing no duty other than the responsibility to live beautifully.

As the play unfolds, we discover that Gwendolen Fairfax (played by Rosa Zemal) and Cecily Cardew (played by Veronica Koutsky) are attracted to men with the name of Ernest, and therein lies the plot around names and appearances. Both Gwendolen and Cecily provide Wilde with opportunities to discuss ideas and tout the New Woman near the turn of the century. They are curiously similar in many ways, but they have their differences. Both women are smart, persistent and in pursuit of goals in which they take the initiative. Gwendolen follows Jack to the country – an atmosphere rather alien to her experiences, and Cecily pursues Algernon from the moment she lays eyes on him. Both women are perfectly capable of outwitting societal restrictions. Gwendolen escapes from her dominating mother, Lady Bracknell; Cecily outwits Jack by arranging for Algernon to stay, and she also manages to escape Miss Prism to carry on a tryst with her future fiancé. The first moment Cecily meets Algernon, she firmly explains her identity with a no-nonsense reaction to his patronizing comment.

Gwendolen provides Wilde with the opportunity to discuss marriage, courtship and the absurdities of life. Her pronouncements on trivialities and her total contradictions of what she said two lines earlier make her the perfect instrument for Wilde to provide humor and to comment on inane Victorian attitudes. Cecily provides Wilde with an opportunity to discuss dull and boring education, Victorian values, money and security, and the repression of passion. More sheltered than Gwendolen, Cecily is still expected to master her boring lessons and make a good marriage.

While Wilde spends most of his play satirizing Victorian ideals of courtship and marriage, he gets the last laugh with his female characters. Despite their positions in society as victims of the machinations of men, marriage contracts and property, the women are the strong characters who are firmly in control. Wilde provides two female characters who lack Lady Bracknell’s ruthlessness, but who have the strength and practical sense that the men lack. The actresses in this production do exhibit strength of character for Gwendolen and Cecily and, in so many ways, overshadow the men that they hope to marry. This is what makes the play work so well and certainly this production captures the humorous balance of male and female perspectives.