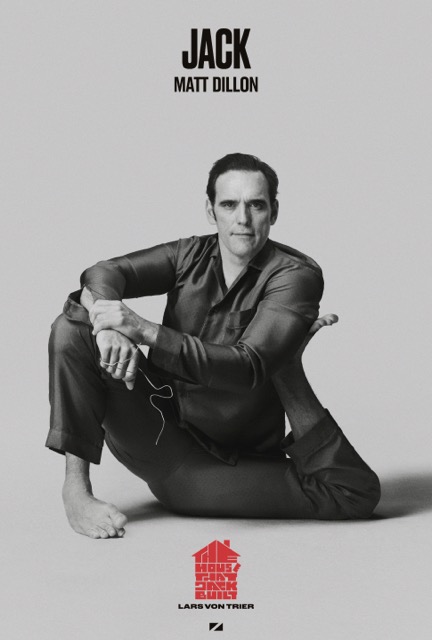 Hollywood, CA (The Hollywood Times) 12/11/18 – “ Perhaps the only difference between me and other people is that I’ve always demanded more from the sunset. More spectacular colors when the sun hit the horizon. That’s perhaps my only sin,”  says Charlotte Gainsbourg in Nymphomaniac, another masterpiece written and directed by the Danish film director Lars Von Trier.

The reason I started with this particular quote is to give you an understanding of how I view art and especially movies. I’ve seen a lot of movies in my life- a lot of them good, a lot of them bad, a lot of them very good but only a handful of directors can satisfy all my needs- Lars Von trier is one of them.

For me to have a mind-blowing experience, a good screenplay, beautiful cinematography and wonderful acting, unfortunately isn’t enough. And I really mean it when I say ‘unfortunately’ because I have tried my best to enjoy movies most people love but after each one of them, I’m left with this feeling that you usually get after having orgasm-less sex. It was enjoyable but I crave for more. The House That Jack built gave me more than I could handle…

When I heard The House That Built had walkouts in Cannes, I knew it was my kinda movie. In my mind good art is meant to disturb, to challenge what we think is right, to move us and sometimes to disgust us.

The House That Jack Built takes place in 1970s USA. We follow the highly intelligent Jack (Matt Dillon) through 5 incidents and are introduced to the murders that define Jack’s development as a serial killer.  We experience the story from Jack’s point of view. He views each murder as an artwork in itself, even though his dysfunction gives him problems in the outside world. Despite the fact that the final and inevitable police intervention is drawing ever near (which both provokes and puts pressure on Jack) he is – contrary to all logic – set on taking greater and greater chances.

Along the way we experience Jack’s descriptions of his personal condition, problems and thoughts through a recurring conversation with the unknown Verge – a grotesque mixture of sophistry mixed with an almost childlike self-pity and in-depth explanations of, for Jack, dangerous and difficult maneuvers.

Matt Dillon delivers an absolutely stunning portrayal of a sadistic and in some ways brilliant serial killer in this movie that has become highly controversial due to very graphic and explicit images in it, some people will of course see a lot of current political references and even a dig or reminder of Lars von Trier’s ‘Hitler controversy”, even very obvious sexism and misogyny, but I say Lars Von Trier goes deeper than that- just like Nymphomaniac wasn’t just about sex, The House That Jack Built is so much more of what it would appear to a lot of people who are looking to be offended by The PC hating filmmaker.

Ever since I found out this movie was gonna come out in 2018, I kept telling everybody that this is the only movie I wanted to see this year- if for some reason I was banned from all the movie theaters and streaming websites, and The House That jack Built was literally the only movie I saw in 2018, guess what? My cinema cravings would be completely fulfilled.

The censored version is coming out December 14th but I would definitely recommend to try to find the Director’s cut which I had the pleasure to watch.