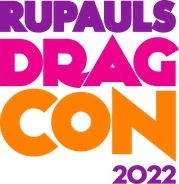 By Valerie and Judy Shields

Photos and Video provided by THT

Los Angeles, California (The Hollywood Times) 05/16/2022 – “I’m so excited that our tribe will be safely reunited once again.” Says RuPaul.

“RuPaul’s DragCon is the most gorgeous, most gagworthy and most life-affirming drag convention on the planet, and our aim is to serve you a super amazing experience, while keeping you as safe as possible.”  “The 2022 LA convention marks the first time ever we will be featuring a full-day of Friday programming for the three-day convention,” says WOW co-founders Randy Barbato and Fenton Bailey.

The Hollywood Times was there for the first time to cover and experience RuPaul’s DragCon 2022.

It was truly something to see with all the colors and there were so many fans waiting outside to get in. That pink carpet was really an experience to walk down as the PR company personally walked Judy and myself as the fans were lined up to get a glimpse at their favorite Drag Queen along with RuPaul. 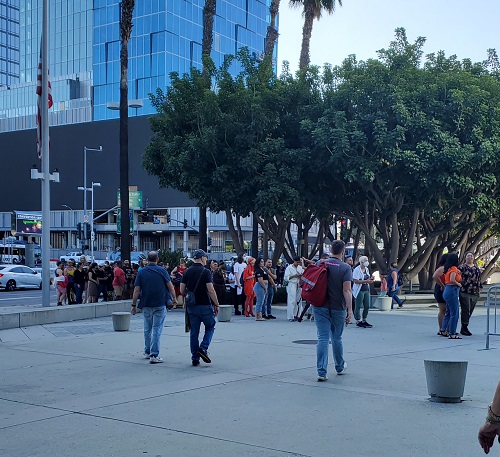 Fans lined up outside LA Convention Center for DragCon 2022 on Friday, May 13The Hollywood Times was able to interview several of the glamourous Drag Queens featured below.

The first interview was with Sederginne from Drag Race Holland Season 1 and what a awesome outfit she had on with her very own scannable “QR Codes” that will link you to her social media. Genius!

Judy Shields caught up with Mystique Summers and had a microphone handling lesson:

RuPaul’s DragCon 2022 paid homage to “The Golden Girls” by showcasing an immersive “Golden Girls” experience that will bring the series to life through a recreation of the iconic kitchen from the beloved sitcom.

The real-life pop-up activation will include a step-and-repeat for fans to snap photos and live out their ’80s fantasy as part of the famous girlfriend quartet.  The Golden Girls is now streaming on Hulu.

Here are photos we took of the Queens as they came off the Pink Carpet Queen Walk.  Don’t they all just look gorgeous?

Here are some shots that we took while walking the convention floor.

We just can’t wait until next year.  If you missed it this year, don’t forget to make plans to be here next year, we sure will!