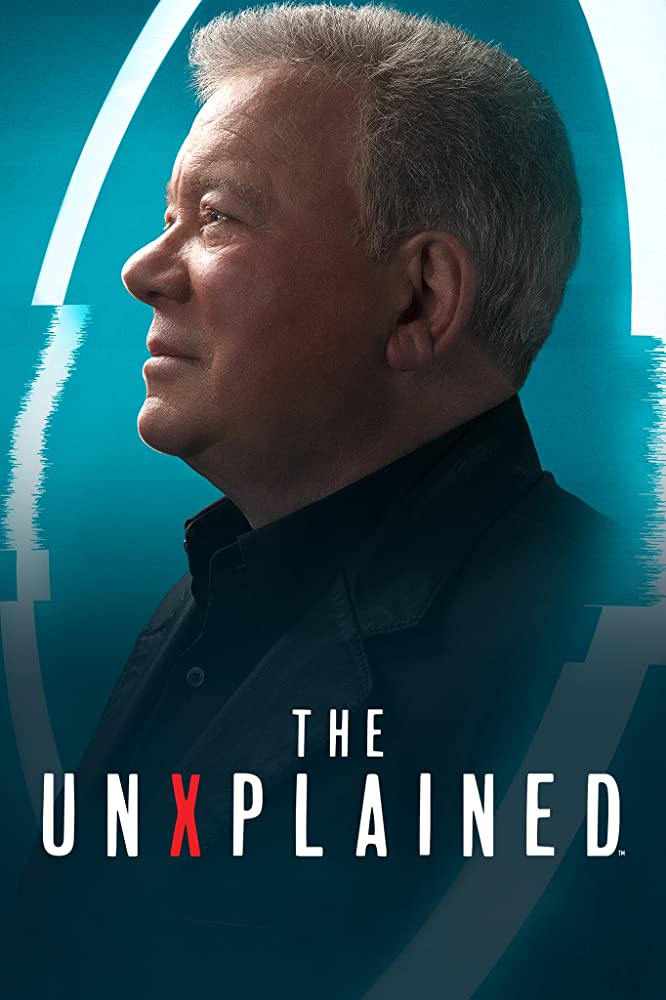 The show will explore the facts behind the world’s most fascinating, strange and inexplicable mysteries

“Have you experienced the unexplained? Have you noticed things that don’t make sense? Were you a survivor of an accident and don’t know how you could’ve possibly lived? Perhaps you noticed unnatural weather or possible witnessed evil rituals.  Join William Shatner as he explores, The Unexplained!”

“I’m thrilled to be hosting and producing the new HISTORY series ‘The UnXplained’” said Shatner. “It’s an intriguing show that will offer viewers credible answers to questions about mysterious phenomena, while also leaving other theories left unexplained.”

From Executive Producer Kevin Burns, the creator and producer of HISTORY’s most popular series, including “Ancient Aliens” and cable’s #1 nonfiction series “The Curse of Oak Island,” “The UnXplained” will explore facts behind the world’s most strange and bizarre mysteries. Hosted by Shatner, the series will also feature contributions from top scientists, historians, engineers and researchers – each seeking to shed light on how the seemingly impossible can happen. 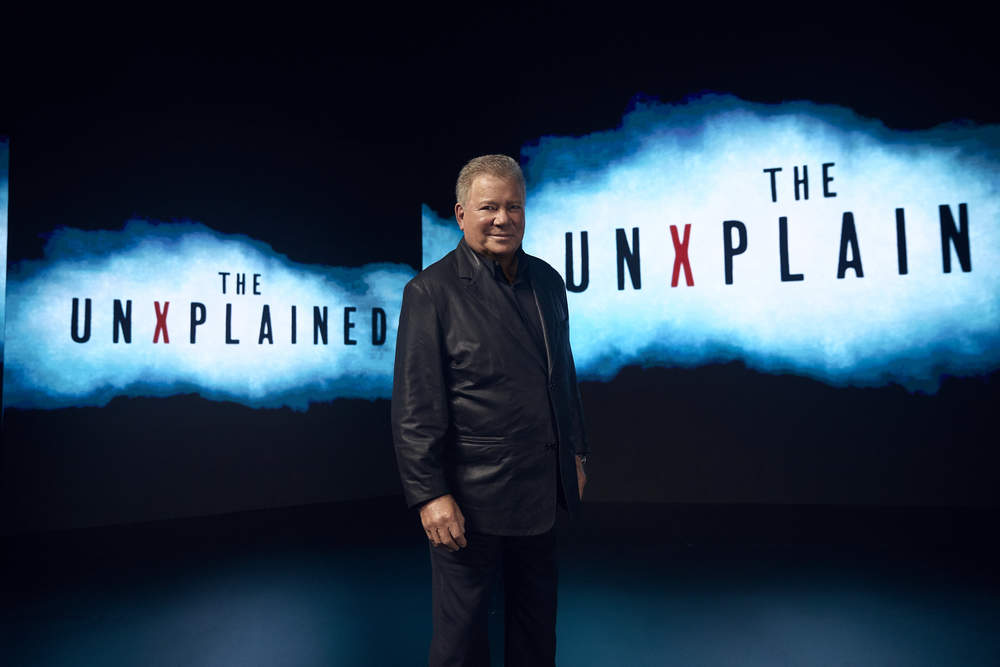 “The UnXplained” joins HISTORY’s Friday night programming block which includes “Ancient Aliens,” one of the network’s longest running nonfiction series which reached over 80 million total viewers across total day in 2018 and the limited nonfiction series “Unidentified: Inside America’s UFO Investigation,” where former intelligence officials break boundaries and perceived government taboo by disclosing information about efforts being made to change government policy surrounding UFO phenomena; and the hit scripted series “Project Blue Book,” from executive producer Robert Zemeckis and recently renewed for season two, based on the true investigations into UFOs and related phenomena conducted by the United States Air Force in the 1950s and 1960s. 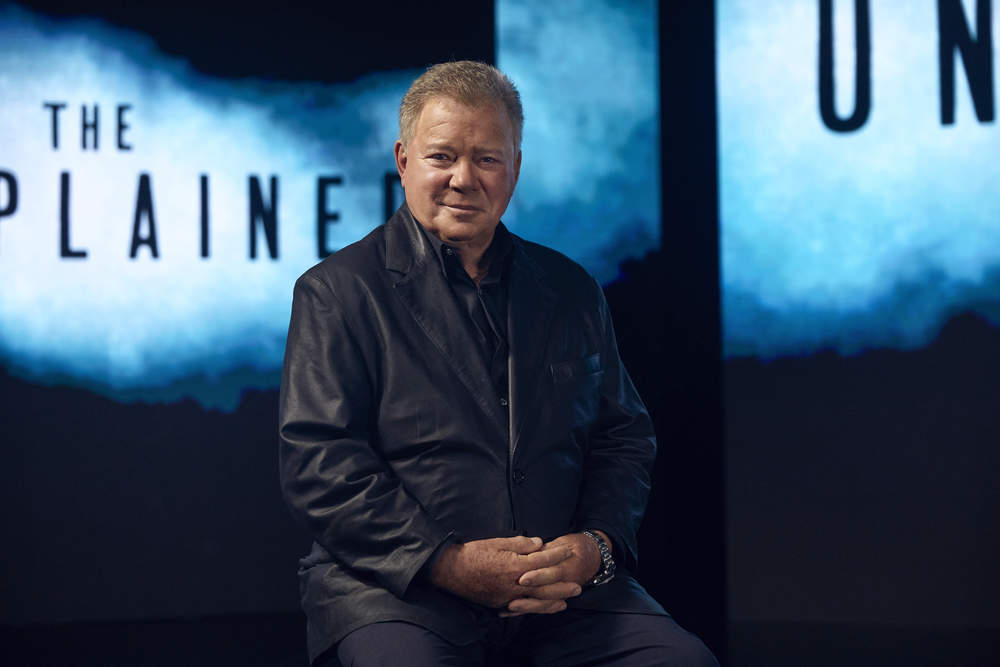 I love unexplained things. I enjoyed the old shows: In Search Of (with the late Leonard Nimoy) and now revived with Zachary Quinto, Mysteries at the Museum, Unsolved Mysteries and more.  All these shows give us more facts about “The UneXplained.” William Shatners newest addition to these shows is fantastic. He takes you on a journey into the unexplained like; the act of escaping captivity that drives us.

(Credit Wikipedia) – Harry Houdini born March 24, 1874 – October 31, 1926) was a Hungarian-born American illusionist and stunt performer, noted for his sensational escape acts. He first attracted notice in vaudeville in the US and then as “Harry ‘Handcuff’ Houdini” on a tour of Europe, where he challenged police forces to keep him locked up. Soon he extended his repertoire to include chains, ropes slung from skyscrapers, straitjackets under water, and having to escape from and hold his breath inside a sealed milk can with water in it.

In 1904, thousands watched as he tried to escape from special handcuffs commissioned by London’s Daily Mirror, keeping them in suspense for an hour. Another stunt saw him buried alive and only just able to claw himself to the surface, emerging in a state of near breakdown. While many suspected that these escapes were faked, Houdini presented himself as the scourge of fake spiritualists. As President of the Society of American Magicians, he was keen to uphold professional standards and expose fraudulent artists. He was also quick to sue anyone who imitated his escape stunts.

Houdini made several movies but quit acting when it failed to bring in money. He was also a keen aviator and aimed to become the first man to fly a plane in Australia.  Harr

Credit Readers Digest – The jet engines of the Iberia Airlines DC-8 thundered in an earsplitting crescendo as the big plane taxied toward where we huddled in the tall grass just off the end of the runway at Havana’s José Martí Airport. For months, my friend Jorge Pérez Blanco and I had been planning to stow away in a wheel well on this flight, No. 904, Iberia’s weekly nonstop run from Havana to Madrid. Now, in the late afternoon of June 3, 1969, our moment had come.

What about the story of HMS Perseus (N36)?

December 6th, 1941 – HMS Perseus (N36) a 260ft Sub – carried 58 crew and 2 passengers – (Credit Wikipedia) – HMS Perseus was a British Parthian-class submarine built in 1929 and lost in 1941 during the Second World War. This class were the first to be fitted with Mark VIII torpedoes.

At the start of the war, she was operating under the command of Commander Peter Bartlett on the China Station as part of the 4th Submarine Flotilla, along with all the other members of the class. This continued until August 1940 when the class was reassigned to the Mediterranean, where part of the duties was the ferrying of supplies between Alexandria and the besieged island of Malta. She underwent a refit at Malta from October until April 1941.

Attached to the 1st Submarine Flotilla, based in Alexandria and under the command of Lieutenant-Commander Edward Christian Frederick Nicolay DSO RN (see Nicolay (family)), she sank the 3,867-ton Italian tanker Maya 5 nautical miles (9 km) south of Tenedos on 5 September 1941, and the following month, on 2 October, the 2,086-ton merchant ship Castellon west of Benghazi. It was for these actions that Commander Nicolay received the Distinguished Service Order.

Then how about this story?

September 11, 2001 – Brian Clark – on the 84th floor – hears a voice, Brian you’re going to be fine. (Credit WBUR Here and Now) – Brian Clark’s story is remarkable and only one of 4 people to survive and he picked one of three staircases that sent him to safety.  What was it that compelled Brian to choose Stairway “A” from a mysterious ‘push’ and a voice? Brian Clark was an executive vice president at Euro Brokers, working on the 84th floor of 2 World Trade Center on Sept. 11, 2001. He was one of the few people who were able to escape from one of the floors above where the plane hit the building.

On the way down, he stopped to help another man, Stanley Praimnath, who was trapped in rubble on the 81st floor. The two got out of the building just minutes before it collapsed. Here & Now’s Jeremy Hobson talks with Clark about that day, and about his bond with Praimnath.

… escaped without a trace. (Credit History.com) – It was one of the most ingenious prison breaks of all time—if it worked. In 1962, inmates and bank robbers Frank Morris and John and Clarence Anglin vanished from Alcatraz, the federal island penitentiary off the coast of San Francisco. They had used sharpened spoons to bore through the prison walls, left papier-maché dummies in their beds and floated away on a raft made from 50 raincoats.

But what happened next has stumped historians for decades. Their bodies were never recovered, leaving many wondering whether they perished in the choppy San Francisco Bay or made it to shore—and freedom.

Join Bill Shatner and watch History’s “The UneXplained” to find out about all these stories and more on History.com or your favorite streaming platform that streams History.