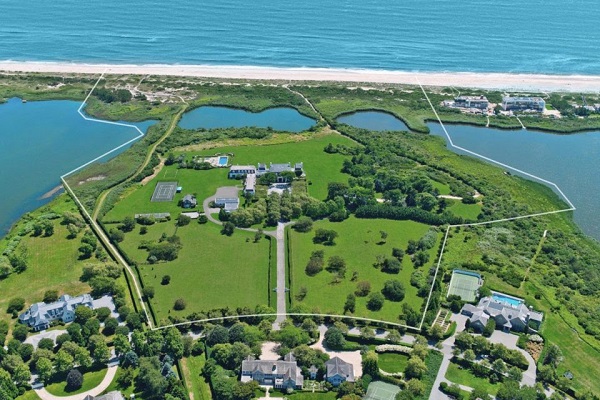 One of the country’s premier estates is also seen as the summer home for the super-rich Roy family in the mega-hit HBO series Succession. Now entering its fourth season, Succession has been filmed in countries all over the globe with its home base in New York City.  As can be expected, owners of any large business conglomerate with headquarters in The Big Apple should have a summer home in the Hamptons.  Such was the case with the Roys, who can be seen continuously fighting, cursing and jockeying for company position at the stunning 42-acre Henry Ford II Estate.  The home, which was priced at $175 million in 2017 and reduced later to $145 million, has recently sold for $105 million.

Top Ten has received permission from agents and owners to share this article and the photos.

The Henry Ford II Estate – As Seen In HBO’s “Succession!”