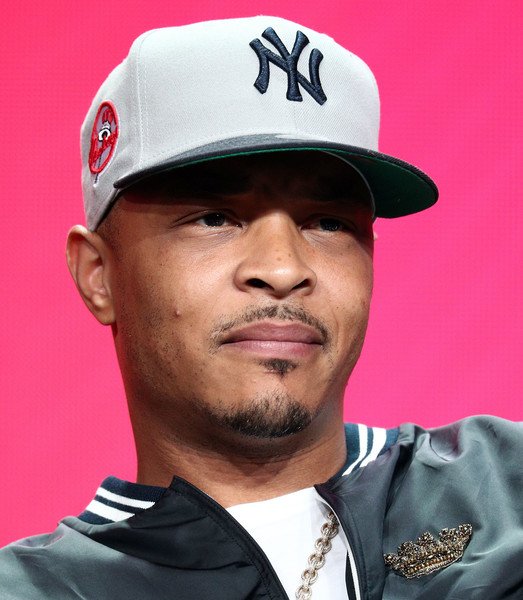 Beverly Hills, CA (The Hollywood Times) 7/29/18 – Grammy Award-winning rapper, actor, and entrepreneur Tip “T.I.” Harris brought the art of the hustle to BET Networks in partnership with Grand Hustle Productions on Thursday, July 19th, 2018 with the ferocious new reality competition called THE GRAND HUSTLE.  Sixteen business-minded men and women are now vying for the chance of a lifetime: a position with a six-figure salary within Tip’s multimillion-dollar Grand Hustle business empire which he built from the ground up.

The twelve-episode series is set in Atlanta and the Grand Hustle candidates are determined to prove they have what it takes to out-hustle the rest.  They will serve up big deals and even bigger doses of drama each week as they fight for their seat at the table.  But only one will be crowned the Grand Hustler!

“The Grand Hustle Empire is always expanding, so we needed to add a very talented, highly skilled executive to our team,” says Harris.  “It doesn’t matter if you got your hustle at Harvard or in the hood.  THE GRAND HUSTLE is about how you handle business and what you can do for the brand.  I wanted to create a show that offers an equal playing field.”

THE GRAND HUSTLE is produced by 51 Minds Entertainment with Tip Harris, Brian Sher, Christian Sarabia, Johnny Petillo, and Vinnie Kaufman as executive producers.  Petillo and Kaufman will also serve as the showrunners.

“I’m excited for the world to get a window into how Tip thinks and operates,” said Brian Sher.  “His business acumen is second to none, and his entrepreneurial spirit is unmatched.”

THE GRAND HUSTLE was expounded upon in more detail during the Viacom BET panel held during the 2018 TCA Summer Press Tours taking place on Friday, July 27th at the Beverly Hilton Hotel.  Present were Connie Orlando, Executive Vice President and Head of Original Programming for BET Networks, along with Brian Sher and the one and only Tip Harris.

Tip is known for tough love “pep talks” that weed out the winners from the losers right up front.  Accountability is an obsession for him as it is for most of us self-made Americans.  But there may be a softer side to this multidimensional man.

“I don’t want to frighten them and ostracize them.  I really, more so than anything, want to inspire them, motivate them, and show them how much better I expect of them,” said Tip of the Grand Hustle contestants.
“American Hustle” is, indeed, one of our country’s hallmarks.  What does it take to come out on top, and does this differ in different parts of the country? 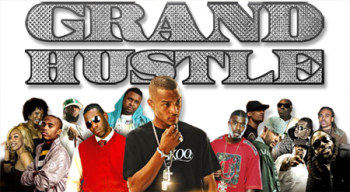 “You know, that’s arguable,” mused Tip.  “I think there are different parts of the country that move at speeds that are different from others, and your hustle would have to definitely maintain the speed of your city.  I think as soon as you get out of the airport in Atlanta you kind of can feel people moving to accomplish goals and reach their dreams.  So, you’re going to have to work a little harder, say, than if you go to Iowa and want to be noticed in the music business.  I mean, I guess it depends on what industry you’re in.  If you’re a farmer in Iowa your hustle has to be topnotch, I’m sure.  You know what I’m saying?  So it depends on what area of business that you hope to succeed at and how much of that business is being done in the area of the country you happen to reside in.”
Harris “can’t speak enough” about how demanding the position of the Grand Hustler is.  He himself was hustling in the fourth grade.  “I think I was always self-motivated, man!” he said.