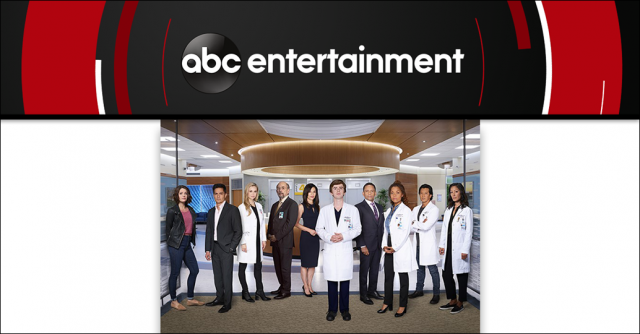 The doctors at San Jose St. Bonaventure Hospital are back for new episodes of the successful
drama, produced by Sony Pictures Television and ABC Studios. The series will return Monday, Jan.
14 (10:00-11:00 p.m. EST), on The ABC Television Network.
“The Good Doctor” will air its winter finale on Monday, Dec. 3 (10:00-11:00 p.m. EST), on The ABC
Television Network, streaming and on demand.
Earlier this week, the series was nominated for a Humanitas Prize.
ABC’s “The Good Doctor” ranks among the season’s Top 3 broadcast gainers in delayed viewing
among Adults 18-49, spiking by +136% from Live+Same Day to Live+7 Day. In fact, the sophomore
ABC drama has posted triple-digit L+7 increases on each of its 6 telecasts this season with Adults
18-49, scoring its best yet in its 6 th  week with a massive +150% jump over its L+SD rating. “The
Good Doctor” averages 12.6 million Total Viewers and a 2.4/10 in Adults 18-49 this season.

“The Good Doctor” airs Mondays at 10:00 p.m. ET on The ABC Television Network.

HBO Documentary Films In Production On Two-Part Documentary About The Life Of Paul Reubens, Produced By Josh And Benny Safdie