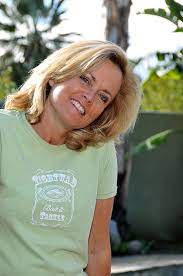 Los Angeles, CA (The Hollywood Times) 8/11/22 – Mariah Hanson is the founder of the long-standing annual festival for queer women The Dinah. This year she celebrates 31 years of creating legendary events featuring some of the most iconic female entertainers.

THT had the chance to interview Hanson on Zoom to discuss this year’s lineup and get a better understanding of how The Dinah came to be what it is today. We also dive into the topics of gender inequality, selecting talent, and the future.

THT: What led to you founding The Dinah? 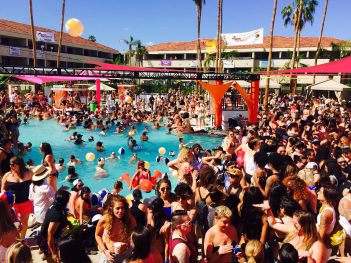 Hanson: I threw really good parties in college. I talked the dorm manager into letting me take over the cafeteria for my 21st birthday, but the rules were no alcohol and no charging at the door, which I didn’t follow. So, I charged at the door, brought in seven kegs of Lone Star beer, and threw a crazy party. I realized I had a knack for bringing people together and honed that into a career.

THT: It seems like you had a seamless start. Did you face any obstacles along the way? 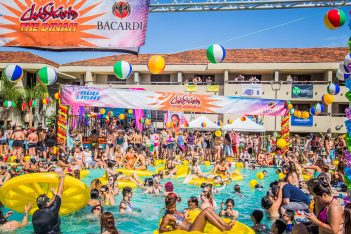 Hanson: Sure. There are obstacles this year and every year. I will say that when I started The Dinah in 1991, Palm Springs was a very Republican conservative town, and they had a catastrophic year with spring break, which led the lesbians to become more attractive. Still, the homophobia I dealt with back then would be unheard of today. For instance, I will not name the hotels, but they would have a directive sent out to the hotel staff saying, “for any religious reasons or personal reasons you are not comfortable working with a lesbian group, please let us know, and we will not have you work that weekend.” Could you imagine if that were written today?

THT: There would be backlash. 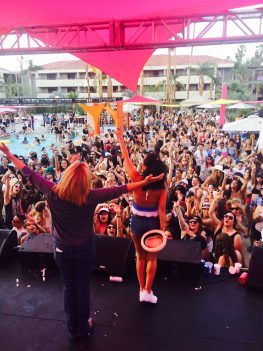 Hanson: Those were the kinds of things I dealt with. The Dinah is customer based and is such an amazing group. It did not take long for hotels to start throwing muti-year contracts at me. But at first, it was difficult because it was a new group, and it was embracing a new market that was replacing a market that had become unhealthy. We prospered and grew, so in many ways, a lot of the homophobic barriers were broken down in that town because of The Dinah.

THT: How did you build traction for the lesbian community when so many of the LGBTQI events were dominated by gay males? 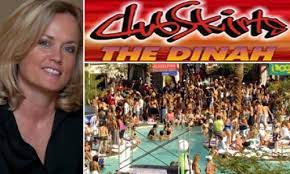 Hanson: Just breaking down myths, women don’t spend money. That is a huge myth prevalent thirty-one years ago; we even see it today in politics attempting to keep women down and subservient to men; it’s frightening. 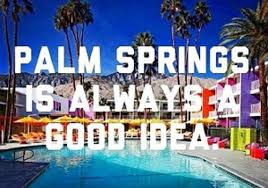 Hanson: When I say women don’t spend money, I’m speaking about a thirty-year-old ideology prevalent in a male-dominated world; that’s the kind of stuff I was facing. Gay men were a more attractive market because they were perceived as having greater access to wealth but let us face it, men are paid more than we are. So, there is some basis and fact here, but it wasn’t about ability; it was about oppression and not treating gender fairly. This is what I dealt with when negotiating hotel contracts.

THT: Can you tell us about your process of booking talent to perform at your events?

Hanson: I choose talent very carefully. When I first started upping the talent budget, I didn’t get phone calls back from agencies. I had to call multiple times to get through to an agent. It wasn’t until I booked the Pussy Cat Dolls in 2006. Before I booked them, they didn’t have any hits; they sent me a cover of “Stick With You” before it had been released; it’s a beautiful song, but it was a little too much of a ballet for me, a woman named Marylin Bachelor said; “you got to do this, you got to trust me” They had about six to seven hits by the time The Dinah happened and we started this trajectory of picking the next big artists, which I give the lesbian/queer women community a lot of credit for because even when they are not attending The Dinah, they are listening to the people we are showcasing, and it helps drive sales. The Dinah has become essential to the music industry because we translate to sales and help young artists get exposure and take off. I focused a lot on mainstream acts because queer artists wouldn’t play The Dinah. I can’t tell you how many times queer acts have turned me down. 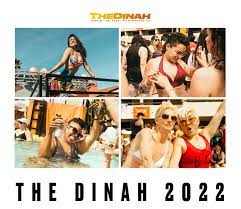 Hanson: Oh Yeah! It was difficult to book famous queer artists. Nowadays, there are so many queer artists making big splashes; I’m so excited about this year’s lineup because the only artist that doesn’t identify as queer is Taylor Dayne who is as queer-friendly as they get, and I’m excited to have her. But every other artist is queer. Looking at their music videos, they are all about the queer narrative with their authentic identity. They are leading the music industry because authenticity goes against the industry’s formula.

THT: Why is your event tends to draw in a younger demographic?

Hanson: I think we attract people from all avenues. My average age has gone down from 37 to 33. I just had someone in their 70s call me and ask about a cabana. This kind of event skews younger because it’s a festival and across-the-line music festivals tend to attract younger people. It’s exciting for the older people that attend to see these young people live their life aloud, something many of us were unable to do at that age.

THT: Are you going to be adding any more acts?

Hanson: No. Our lineup is finished. We will still be adding celesbians and appearances.

THT: Would you consider Jennifer Corday as a celesbian?

THT: Why did you let the comedy portion go?

Hanson: Because we are living in a pandemic and having people sit that close to each other is risky, and people should have the comfort of knowing that they don’t have to sit in the middle of the crowd; they can sit on the outskirts, and you can’t do that at a comedy show. Until I feel like I’m not putting anyone in jeopardy, last year we were strict and had zero virus transmission.

THT: Is there any reason you changed the dates?

Hanson: I changed the dates because we are in a pandemic, and coming into April, the pandemic was still raging, and I made a decision with safety in mind.

THT: How many staff and volunteers do you have to hire for your events?

Hanson: I do not use volunteers’ people should be paid for what they do. I have about 30 people strong working the actual event when you add in the security team, the décor, the sound, and the lighting. So, it’s a lot of people helping to produce the event.

THT: If you should choose to retire, do you plan to pass the torch, or will the events come to a close? 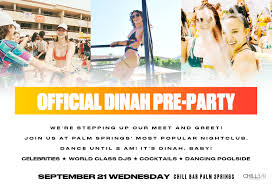 Hanson: The event won’t close; unless our customers don’t want to come out anymore. It’s still going strong, and we plan to have one of the most extensive years we’ve ever had. It’s just a matter of meeting the need and expectations and creating the environment that we think will help change people’s lives. I’m not retiring anytime in the foreseeable future. But, I will one day, and when that happens, everything will be in place for The Dinah to continue thriving and create the joy it does for our community.