Hollywood, CA (The Hollywood Times) 09/9/18 – The Dawn Wall documentary captivates its audience as legendary rock climber Tommy Caldwell captivated the world in January 2015 as he  became the first person to free climb Dawn Wall of Yosemite’s El Capitan along with his partner, Kevin Jorgeson. 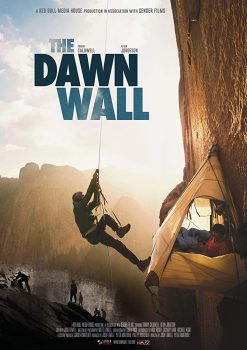 What makes this story so remarkably thrilling is that – although the two faced the seemingly impossible 3,000 foot sheer granite face in Yosemite National Park, California – the life story of Tommy Caldwell traverses the viewer’s emotions with his vulnerability, honesty, courage and perseverance and an ingratiating humility.

Caldwell started climbing soon after he learned to walk and was coached to the top climbing competitions by his mountain guide and athletic father. Climbing has always been his obsession and through his love of the sport – it has been given him the answer to cope with the traumas that he has faced.

The film dramatically showcases Tommy’s life with the 5 years he spent with his chosen climbing partner, Kevin Jorgeson to attempt the impossible on Dawn Wall. Caldwell had been married to Beth Rodden – an acclaimed athlete in her own right as the youngest woman to climb 5.14a, and is one of the only women in the world to have red pointed a 5.14c traditional climb. They met while teens and in 2000 were with four other climbers on an expedition in Kyrgyzstan when they were captured and held hostage by armed rebels for six days before Tommy helped free them. 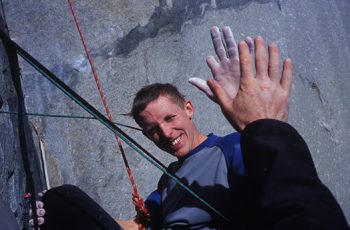 Not long after his return to the states – Tommy severed his index finger accidentally working on a home remodel. Caldwell was informed his sport climbing career was over – he didn’t listen and with three months of chopping his finger off he was at a level that he was doing when he had all ten fingers. He decided to gravitate to more adventurous climbing as opposed to sport climbing.

With his marriage ending in 2010 – Caldwell had already decided to conquer Dawn Wall and needed the focus to heal. For six years he planned the climb and in the interim remarried and became a father. 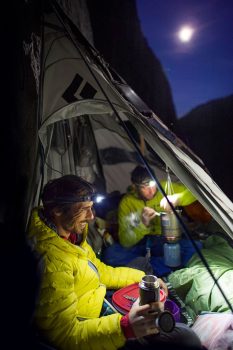 The Dawn Wall’s back-drop of the majesty of Yosemite is astoundingly gorgeous as nature displays both her splendor and her perils.

Will Tommy Caldwell wait for his partner to catch up or keep the climb for himself? After 19 days on the wall – the outcome will make you cheer these young men on as you experience free climbing The Dawn Wall. Josh Lowell and Peter Mortimer direct and Brett Lowell is Director of Photography.

The documentary will be in select theaters September 14 then sweep nationwide on September 19, 2018. To find screenings near you and additional information on the film: 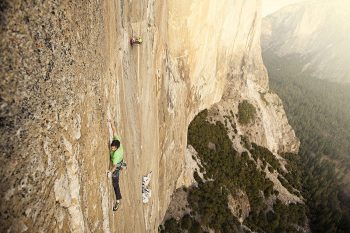