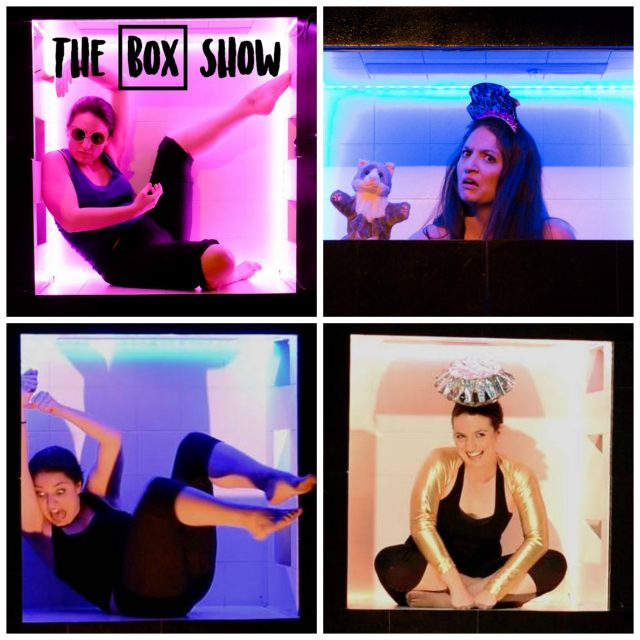 La Jolla, CA (The Hollywood Times) 4/23/22 – The La Jolla Playhouse WOW festival has some wow moments not to be missed.

Brilliantly conceived and executed, Dominique Salerno’s award-winning show The Box Show is one of them. The Box Show has received raves from the NY Times, Time Out Magazine, Chicago and even received a Fringe NYC award. Now it is here in Southern California for a few more days in San Diego. Salerno embodies 30 characters all in a 3 foot by 3 foot box. She has lights and quick costume changes and brings us to a new place with every opening door. The Box Show is not merely a hilarious run of sketches, but also brings us to moments of tender emotion as well as stunning singing to accompany the occasionally astounding physical comedy. It is rare to find such a high level of talent in so many different areas of theater, Salerno clearly has it all, from writing to performing. I have my favorites of course. Some of the incredible highlights were The Trojan army debating inside the horse, hilarious, Frida Kahlo’s self-portrait, Charlie’s swimming lesson, the savvy engagement diamond ring’s advice on marriage, the sad giantess, the opera singing stamp, the cockney rock star, and the pregnant mother where she flips back and forth from birthing mom to fetus. Too many to list, each a gem.

The multitalented actress, comedian and singer Salerno wrote every piece. She is amazingly limber and has the voice of an angel. This kind of experience comes along so rarely that it is not to be missed, well worth the trip to San Diego.