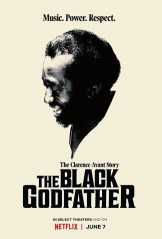 Netflix’s upcoming documentary THE BLACK GODFATHER on Netflix and in select theaters June 7th, for tune-in and TV listings consideration.

THE BLACK GODFATHER – A Netflix Documentary

Watch and Link to the Trailer HERE