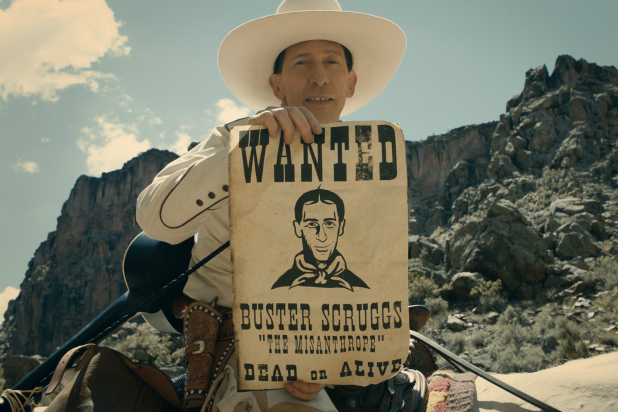 Los Angeles, CA (The Hollywood Times) 11/14/18 –  “Nasty, brutish and short.” That’s how philosopher Thomas Hobbes described life without good social order, back in 1651. It also pretty much sums up life in the American West in the late 1800’s, according to the latest Coen Brothers latest movie, The Ballad of Buster Scruggs.

Of course, calling this a movie at all is a reach. It’s a collection of six short stories – vignettes starring different people and set in different locales, tied together by a fictional book of the same title whose chapters and color plates introduce each story. It was not, as some have said, intended as a TV series and compiled into one film. “There was some press about that,” said co-writer/co-director Joel Coen at a recent Writers Guild screening. “It’s actually not true.”

These are in fact mini-scripts the brothers began more than a decade ago. “We wrote them for fun and put them in a drawer,” said Ethan.

You have Tim Blake Nelson as a white-hatted (but not heroic) singing cowboy, James Franco as an unlucky bank robber, Liam Neeson as a traveling showman with a tragic star attraction, Zoe Kazan as a single woman on a fragile wagon train heading west, Tom Waits as a solitary prospector, and Brendan Gleeson as a bounty hunter aboard a claustrophobic stagecoach. Please note terms like “unlucky,” “tragic,” “solitary,” “fragile,” “claustrophobic”…. yes, this is the Coen Brothers so there’s a lot of humor. But it is black humor, dark as midnight and you may hate yourself for laughing. Even the token dog is an unpleasant yapper.

Thanks to cinematographer Bruno Delbonnel (“Inside Llewyn Davis,” “Amelie”), this post-Civil War west is a magnificent panorama, vast and untouched by civilization. That alone gives the movie a dark pessimism, as we know those lands are now being strip-mined and logged to oblivion. You’d want to go back and live there if it weren’t for the occupants. Music by Carter Burwell is, as always, glorious. But there is nothing glorious about the humans. The Coens’ people are selfish and shortsighted; their life is hard, and dirty, and violent. 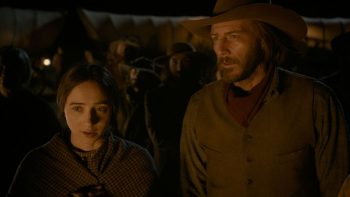 Performances are universally stellar, especially unexpected ones like Chelcie Ross (Mad Men) as a talkative fur trapper, Bill Heck (The Alienist) as a stalwart wagonmaster, and Harry Melling (Harry Potter) as an armless, legless orator with no words of his own. Nothing is more fun that Tim Blake Nelson’s gunslinger, of course – but then, the movie pretty much stops being fun altogether when Nelson leaves the stage.

There’s a lot going on in The Ballad of Buster Scruggs, and it’s going to live with me for a long time. I kinda wish it wouldn’t. I get depressed enough as it is. 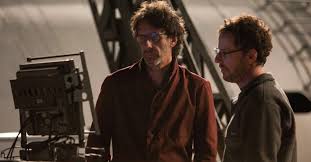